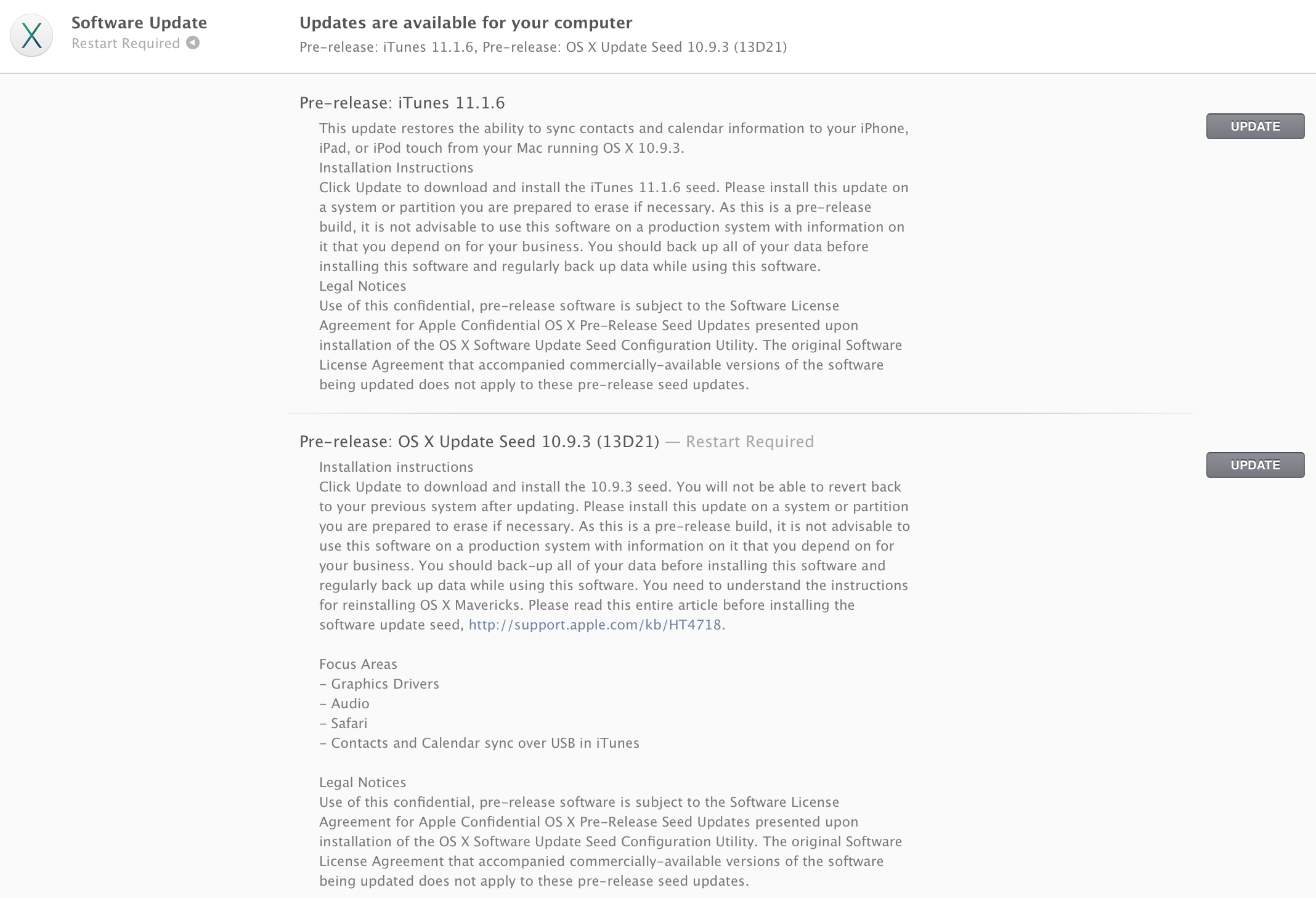 Following this week’s release of iTunes 11.1.6 and OS X 10.9.3 betas to AppleCare employees, Apple has pushed the updates live to developers as well. The iTunes update restores the ability to sync contacts and calendars to an iOS device, which had been removed in favor of iCloud in previous versions of iTunes.

The OS X update (with the build number 13D21) includes the ability to output at 4k resolution with a 60Hz refresh rate on the latest MacBook Pro models. The build number on this update is two builds newer than the version that was pushed to employees earlier this week.

Other than these changes and a few bug fixes, there aren’t any major changes in either build.