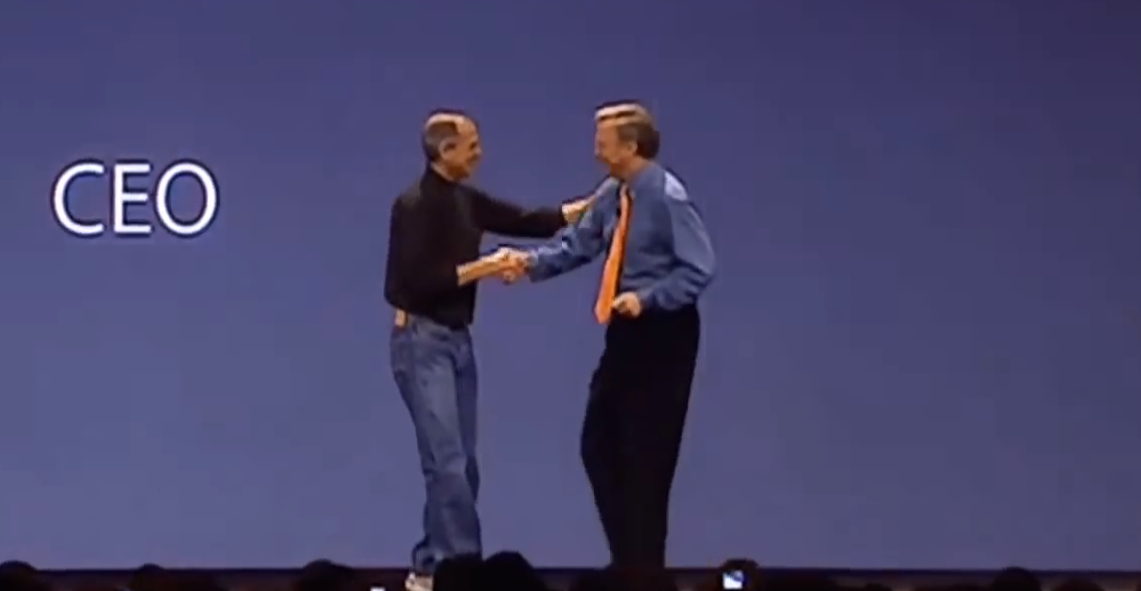 If you’ve paid attention to the ongoing feud between Apple and Google in recent years, you might think that the conflict is the result of Google’s decision to create a competitor to the iPhone after working in tandem with Apple to create the iconic device. And you’d be forgiven for thinking that.

But according to some emails sent by Google’s Sergey Brin back in 2005 that recently surfaced during a class-action lawsuit over the do-not-hire policies of the two companies (among others), that may not be the case. This “thermonuclear war,” as Steve Jobs put it, was a long time coming. Android was just the last straw. 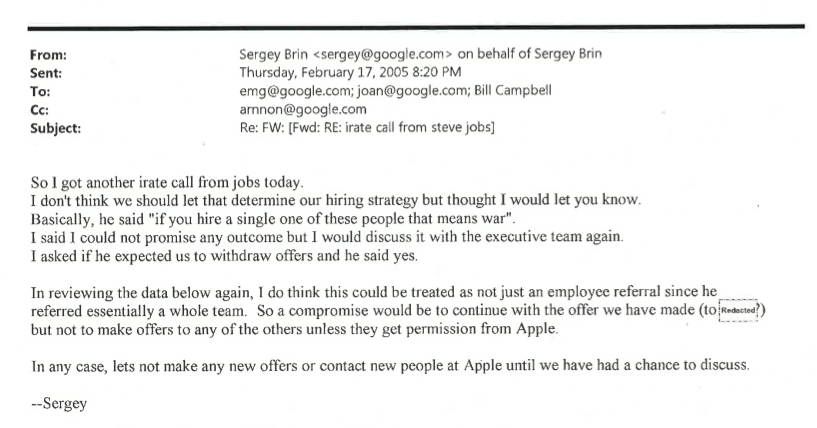 In one of those emails (above), Brin mentions that “[Jobs] said ‘if you hire a single one of these [Safari engineers] that means war’.” It’s no secret that Jobs often became irate when products failed to meet expectations, but here we see an example of the Apple co-founder ready to declare war on what was, at the time, a friendly company.

The reason? According to another email sent by Brin, Google’s talent acquisition team had contacted a single Apple employee with experience building browsers, apparently to help work on the Chrome project. Jobs accused Google of intentionally poaching members of the Safari team, and the rest is spelled out in Google’s internal emails.

The two companies settled on a “hands-off” hiring policy, which disallowed one company from trying to lure away the other’s employees for higher salaries. This type of agreement wasn’t uncommon among the big players in the technology industry, as noted in a memo that was released alongside the emails.

The damage had been done, however. Two years later Apple would unveil the iPhone, and just one year after that Google would go public with its own competitor. Jobs decided enough was enough, and a rivalry was born.

Oh, and those do-not-hire agreements? Employees of the companies with such arrangements were not as easily placated as their bosses, arguing that because they could no longer receive offers from competitors, they didn’t have the power to bargain with their own employers for higher salaries or pursue more money elsewhere.

After a lawsuit by the Department of Justice settled out of court, employees of the companies involved—including Apple and Google—filed a class-action lawsuit which is still underway.