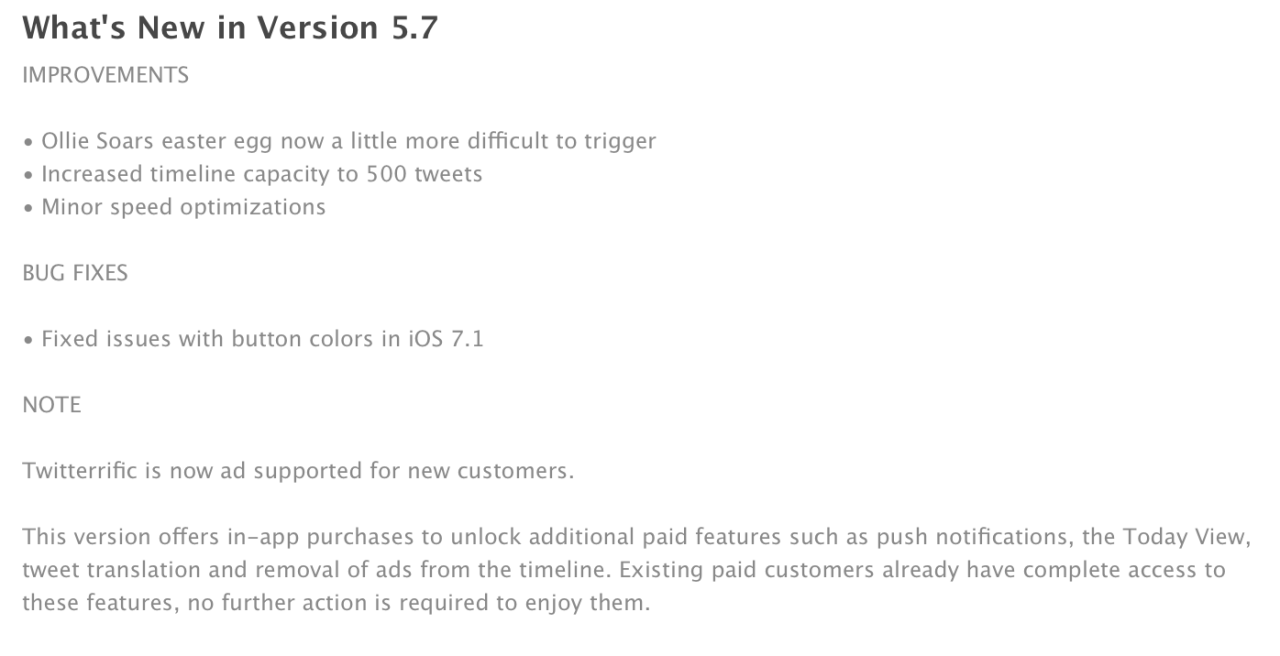 With the latest update, The Iconfactory has changed their business model for Twitterrific rather dramatically. Up to now, Twitterrific has been available for iPhone and iPad for $2.99.

However, Twitterrific has now changed to a freemium business model. This means anyone can download the app for free as an ad-supported application. There is also a selection of unlockable features available as in-app purchases.

Features such as the today view, translation and removal of ads are now offered as paid upgrades. Most notably, enabling push notifications now requires a paid upgrade.

Existing owners of Twitterrific are unaffected by the change in business model. Owners of the application before this update automatically have complete access to the application, so their experience is unchanged.

This version offers in-app purchases to unlock additional paid features such as push notifications, the Today View, tweet translation and removal of ads from the timeline. Existing paid customers already have complete access to these features, no further action is required to enjoy them.

The 5.7 update also brings some other minor improvements and bug fixes, such an increased timeline capacity. The bump to a 500 tweet maximum will mean users have to load more content much less frequently when scrolling through their timeline.

Looking forward, it is unclear if the decision to go free is permanent; Iconfactory engineer Sean Heber calls the change an ‘adventure’.

Third-party Twitter apps have trended away from ‘free’ due to Twitter’s token limits, which restricts how many copies of an app can exist. Iconfactory seem confident though that they have enough tokens remaining to make the new setup feasible.

@rawd_dev it’s a concern, of course, but we were grandfathered a whoooole lot of them.