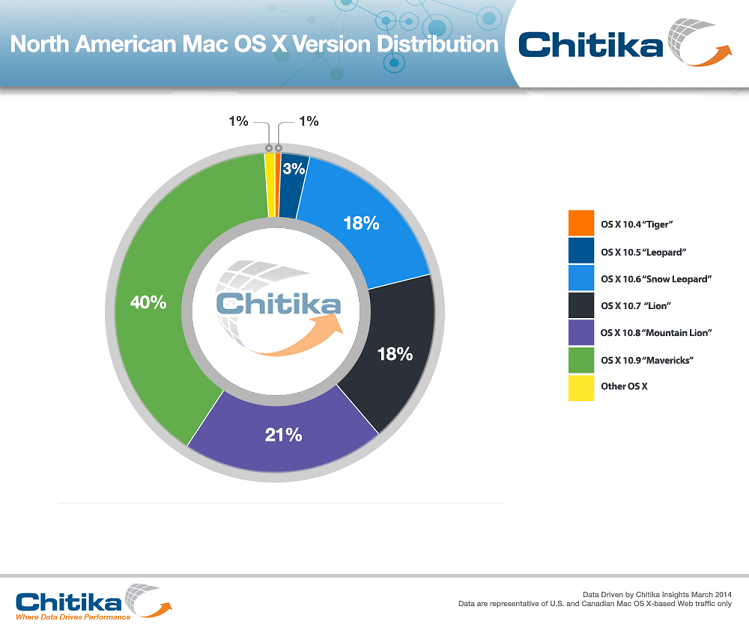 Chitikia is out with a report today with OS X adoption numbers for the five months since Apple released its latest major software update to the desktop and notebook last October. According to the report, a record 40% of Mac users have upgraded to OS X 10.9 Mavericks since its release. For perspective, that’s 6% higher than OS X 10.8 Mountain Lion reached in a 14-month period.

The acceleration in adoption is largely attributed to Apple adopting the iOS upgrade model and making OS X Mavericks a free software update for users rather than charging between $20 and $130 as previous updates had seen.

But despite adopting the iOS upgrade model, Apple is still struggling to reach a number of users with its latest OS X release in comparison to iOS upgrade adoption which was last marked above 80% in the same time span.

The difference is likely due to features introduced in iOS 5 that prompt the user to update the iPhone, iPad, or iPod touch through the system’s Settings application.

Apple has marketed OS X Mavericks within the Mac App Store on its desktop computing platform, but the prompts are less consistent than on iOS.