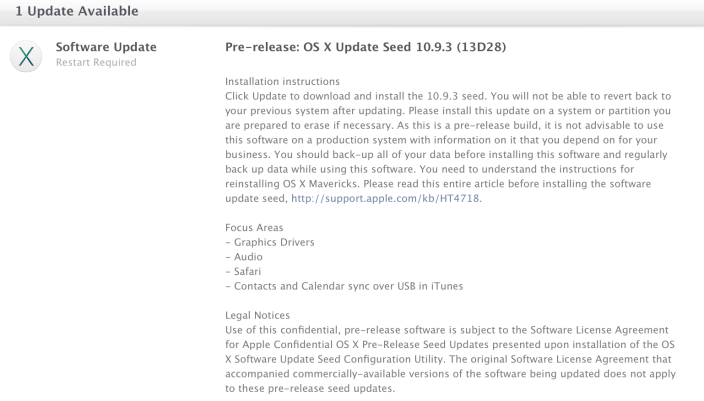 A little over a week following the past seed, Apple has released OS X Mavericks 10.9.3 build 13D28 to developers. Apple is again asking testers to focus on Graphics Drivers, Audio, Safari, and Contacts/Calendar USB sync via iTunes. The first 10.9.3 seed brought enhanced support for 4K external monitors. Apple previously started seeding 10.9.3 builds to AppleCare employees as well as fixes for iTunes. Apple is yet to indicate when 10.9.3 will be released to the public. Thanks, D!