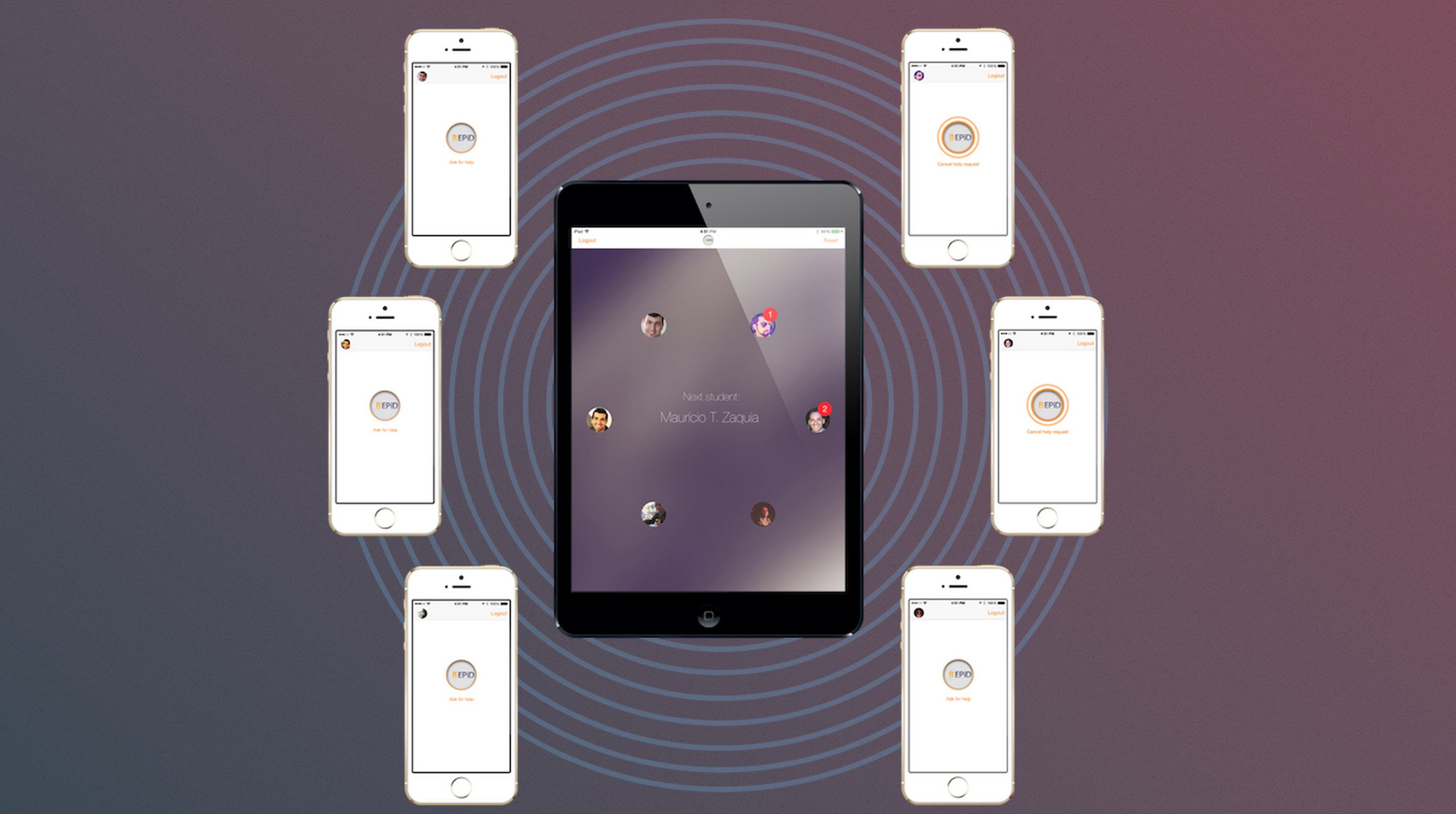 With the BeHere app installed, the teacher’s iPad acts as an iBeacon and students entering the classroom with an iPhone, iPad, or iPod touch will automatically appear in the app with a profile picture and name. Students will have to install the app on their device too, but thanks to recent iBeacon improvements in iOS 7.1, they won’t have to even open the app or take the device out of their pocket to be recognized as they walk in.

The BeHere app also has a few other interesting features for the classroom environment. From within the app, students can tap a button to request help from a teacher. The teacher is then presented with an ordered queue of students waiting for assistance.

The company is currently testing the app with a number of partners at colleges, but the app is now available for all to download from the App Store.

iBeacon technology is quickly being adopted in many different settings since Apple first introduced it alongside iOS 7 last year. First rolling out in retail environments like the Apple Store and Macy’s, the technology is also being used at events like the recent SXSW festival and professional sporting events to allow for speedy check-in features and relevant location-based notifications. More apps have also been hitting the App Store recently too. A new app called ‘Placed’  that we told you about recently allows users to setup context-aware app launching using iBeacons at home.

BeHere is available as a free download for iPhone, iPod touch, or iPad on the App Store.

BeHere from Beelieve on Vimeo.