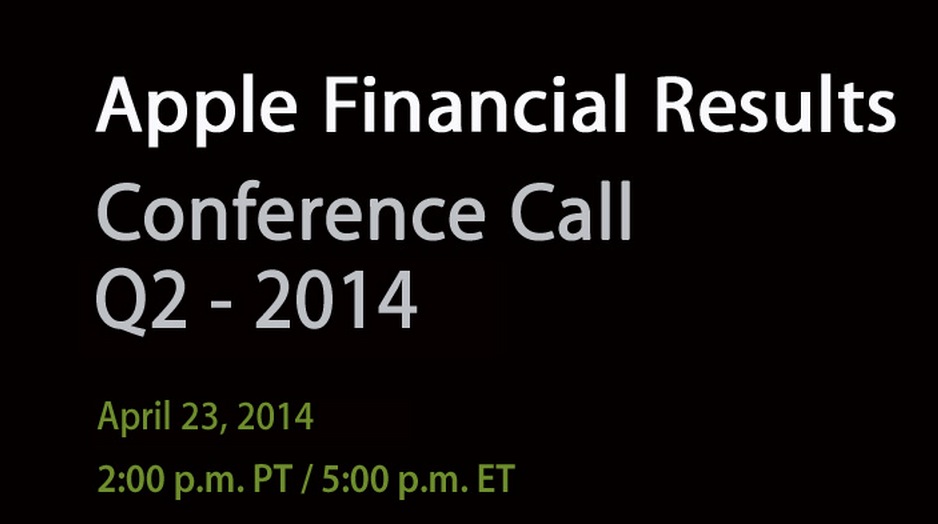 Apple has just announced that it will hold its quarterly investor conference call on April 23rd at 5 PM. As usual, Apple executives will go over all of the sales and earnings for the second quarter of 2014. The company will also likely continue teasing “new product categories” to be announced later this year.

The first half of FY2014 hasn’t been especially full of new Apple products. Instead, the company has focused on revising its existing lineup. It launched an 8 GB iPhone 5c in five markets to help boost lagging sales, re-launched the 4th-generation iPad to replace the ancient iPad 2, and pushed out the first major iOS 7 update since the operating system was released.