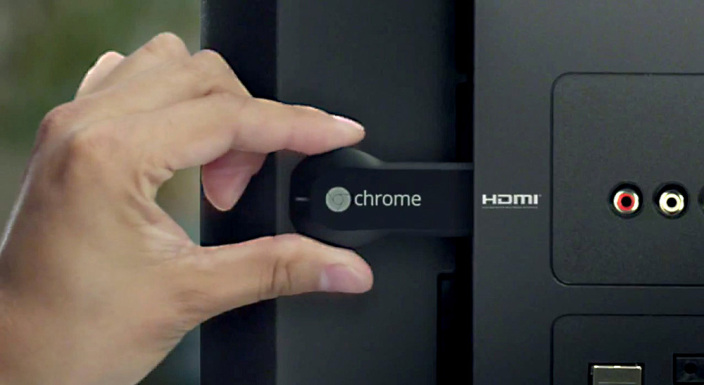 Adding to the catalog of Chromecast-supported content, Rdio and Crackle are both adding the ability to play more content from your smartphone, tablet, or browser to your TV today.

Crackle has refreshed its Android and iOS apps with support for Chromecast streaming. The Sony-backed content provider serves up a number of movies and TV shows for free including comedian Jerry Seinfield’s “Comedians in Cars Getting Coffee” original.

Video streaming service Vudu has also added Chromecast support in the latest versions of its Android and iOS apps. The Walmart-owned service includes HD movies and TV shows with no subscription.

Rdio announcement includes support for music streaming from its Rdio app to your TV for Google Chromecast users. That means users can control music from the Android or iOS app as it plays through the TV with the Chrome HDMI streaming stick. Rdio users can also stream to Chromecast-connected TVs with Google’s Chrome web browser.

“Rdio on Google Chromecast marks another milestone in Rdio’s commitment to delivering the best music experience everywhere,” said Anthony Bay, chief executive officer of Rdio. “Music fans can access Rdio’s massive catalog of over 20 million songs or start a station easily, all from Chromecast on their TV.”