Apple is making some notable improvements to its iWork suite of productivity applications today across its platforms. First, the Pages, Numbers, and Keynote apps found on iCloud.com have been updated with some enhancements: all three apps now have improved Retina display support, an updated design for the editor tab, and improved sharing functionality. The new sharing options allow users to share documents in a view-only state (previously, anyone could edit documents shared via iCloud), and documents can be opened directly via iCloud Mail. 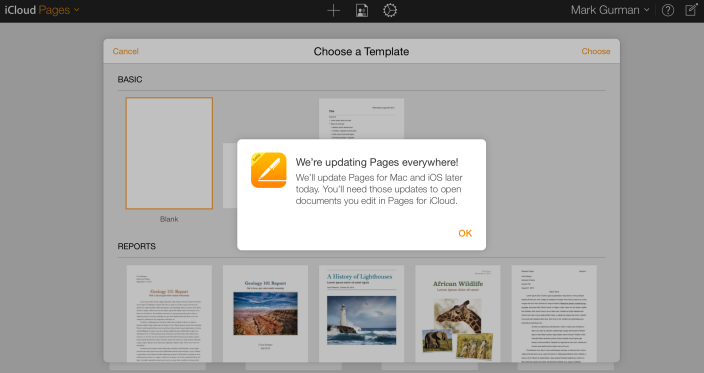 Keynote, Apple’s slide presentation creator, has added the ability for the editing of charts within imported files. Numbers, Apple’s Excel-competitor, has improved pop-up menus, and Pages has gained improved text wrapping, new templates, and like Keynote, the ability to edit charts from imported documents. These changes have already been pushed to the web version of iWork, and Apple has told iCloud.com users that compatible updates for OS X and iOS will be arriving later today. These updates come just days after Microsoft’s successful launch of the Office suite on the iPad… 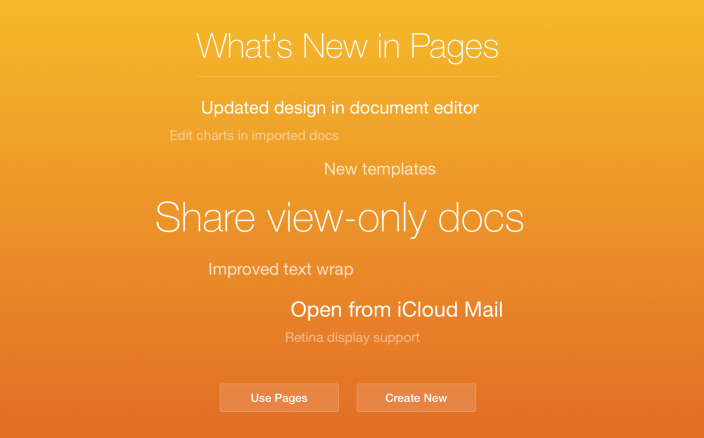