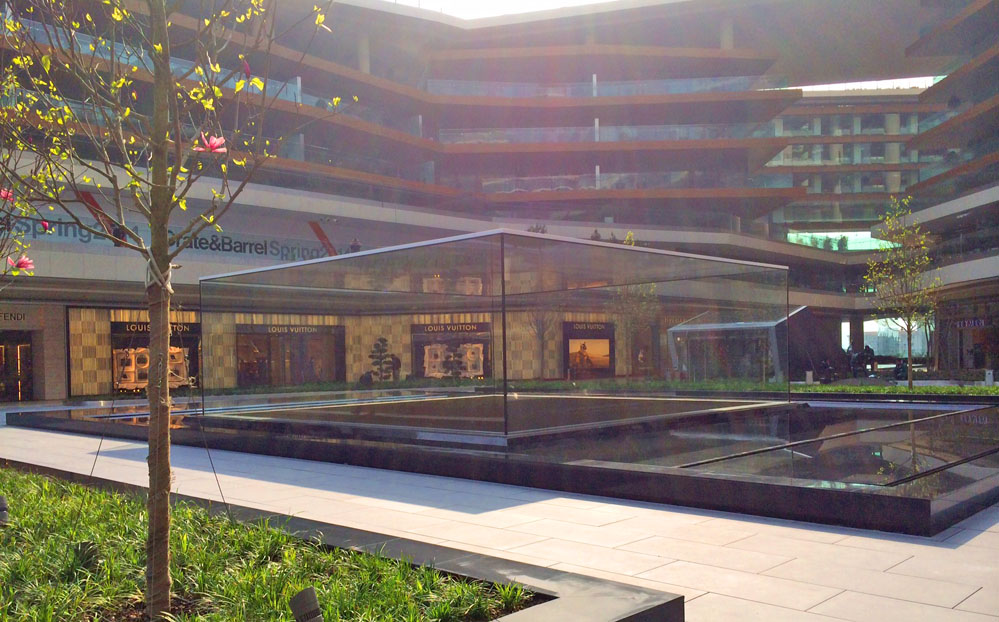 Turkish websites DonanimHaber and iPhoneTurka provide our first look at Apple’s first Turkish store now the covers have been removed, revealing a mostly-glass design. Like the iconic 5th Avenue store in NYC, what is visible above ground is simply an empty glass space, though in this case it’s a lower and more subtle skylight than the famous glass cube.

The store, located in the Zorlu Center mall in Istanbul, opens at 10am on Saturday (5th April). There are unconfirmed reports that Tim Cook and Turkish President Abdullah Gül will attend the opening. Cook met with the President in February, and Apple appears to view the country as an important market, with talk of a $4B plan to put iPads into Turkish schools.

We first told you the store was on the way last November, we learned in February that it would open in April and we recently heard from employees that it features two Genius Bars, two full floors of stock, a sales floor and a dedicated ‘family room.’

Istanbul uniquely straddles two continents, Europe and Asia, and it has been reported that Apple is already preparing to open a second store on the Asian side of the city.