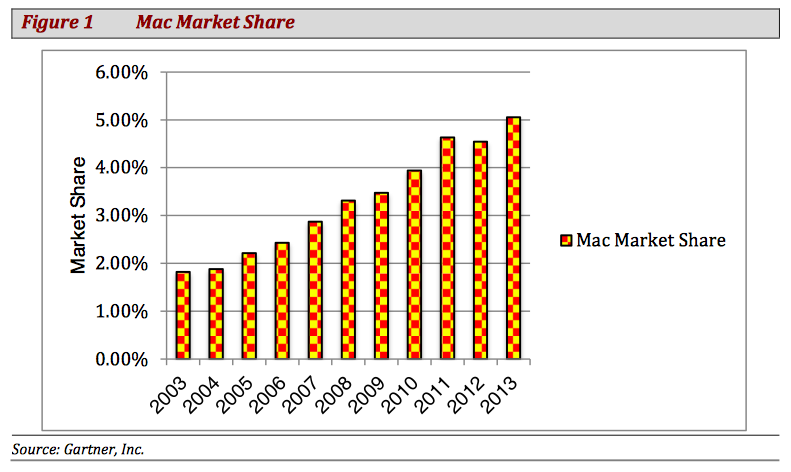 Noting that the Mac’s share of the PC market has risen almost continuously over the past decade (with just a brief dip in 2012) despite costing an average of $700 more than competitor machines, Needham’s Charlie Wolf is quoted by Fortune as saying that it “seems to defy the laws of economics.”

The only explanation that we see is the now-mythical halo effect. Beginning with the iPod in the middle of the past decade and then extending to the iPhone and iPad, a meaningful number of Windows users who bought these products seem to have switched from a PC to a Mac […]

What should be underscored is how unique the Mac phenomenon is […] we view the Mac’s success as the rare instance where sales increased in the face of rising prices.

The halo effect of the brand undoubtedly plays a part, but he seems to have missed the rather obvious point that OS X is a rather better operating system than Windows, and the slickness of the ecosystem makes a Mac an obvious choice for anyone who already owns an iOS device …