Back in December, the the USB 3.0 Promoter Group announced that a next-generation of USB connectors was under development. The new standard, dubbed “USB Type-C,” introduces a new design, a smaller overall footprint, and usability enhancements such as a symmetrical, reversible connector that doesn’t require users to worry about orientation when plugging in (much like with Apple’s Lightning connector.) It will also allow manufacturers to create thinner and sleeker product designs and scale for future USB performance standards with a transfer speed up to 10Gbps. Today we get our first look at what the cable and connectors will actually look like with a rendering courtesy of Foxconn (via TheVerge).

The new cables are built on USB 3.1 and won’t be backwards compatible, so a number of “new-to-existing cables and adapters” will also arrive for compatibility with existing USB products. On top of a new reversible design that lets you plug in the connector without worrying about orientation, the much smaller footprint (closer to Apple’s Lightning cable size) will allow OEMs to create slimmer products. It’s not just Android and non-Apple devices that will benefit, however. Another image below shows what the connector would look like on the side of a laptop, something that’s a likelihood for MacBooks when Apple finally adopts the new standard. It would also make Apple’s cable for iOS devices reversible on both sides, with the Lightning on one end and the new USB Type-C on the other.

The finalized spec is expected to be released sometime in July, which means we could see new products announced using USB Type-C before the end of the year. 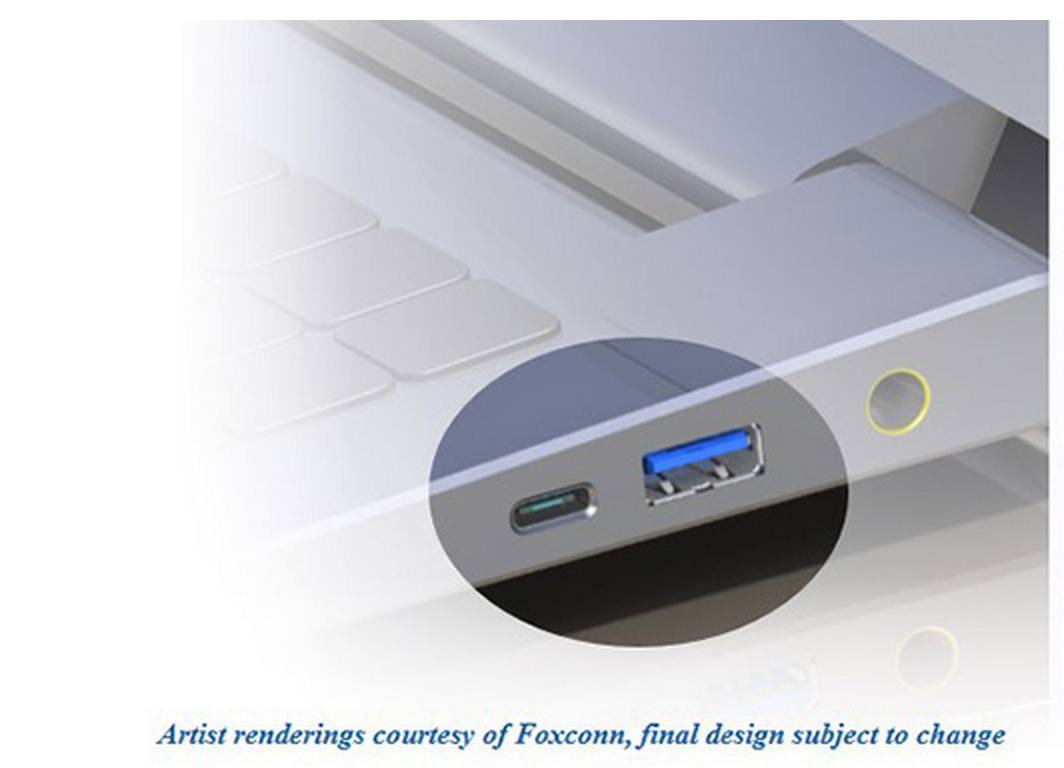