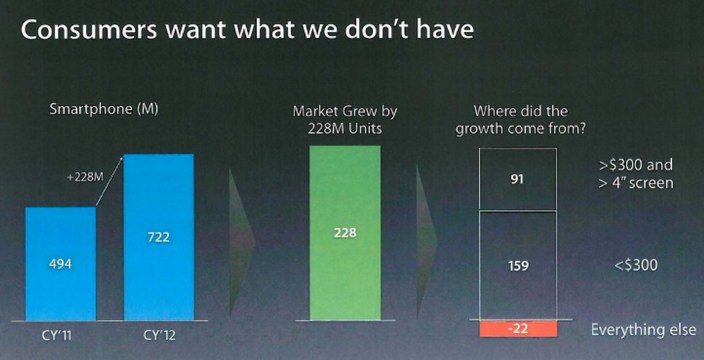 There has been no shortage of rumors that the iPhone 6 will have a big screen ranging from 4.7-inches to over 5 inches. But why is Apple doing this? They just changed the display size from 3.5-inches to 4-inches and another screen size increase could present a headache for developers, casemakers and the whole ecosystem.

The answer, from Apple’s own research/presentation, shows they have to. There is no growth in the 4-inch phone market for devices that cost more than $300. In fact, that market is shrinking overall. 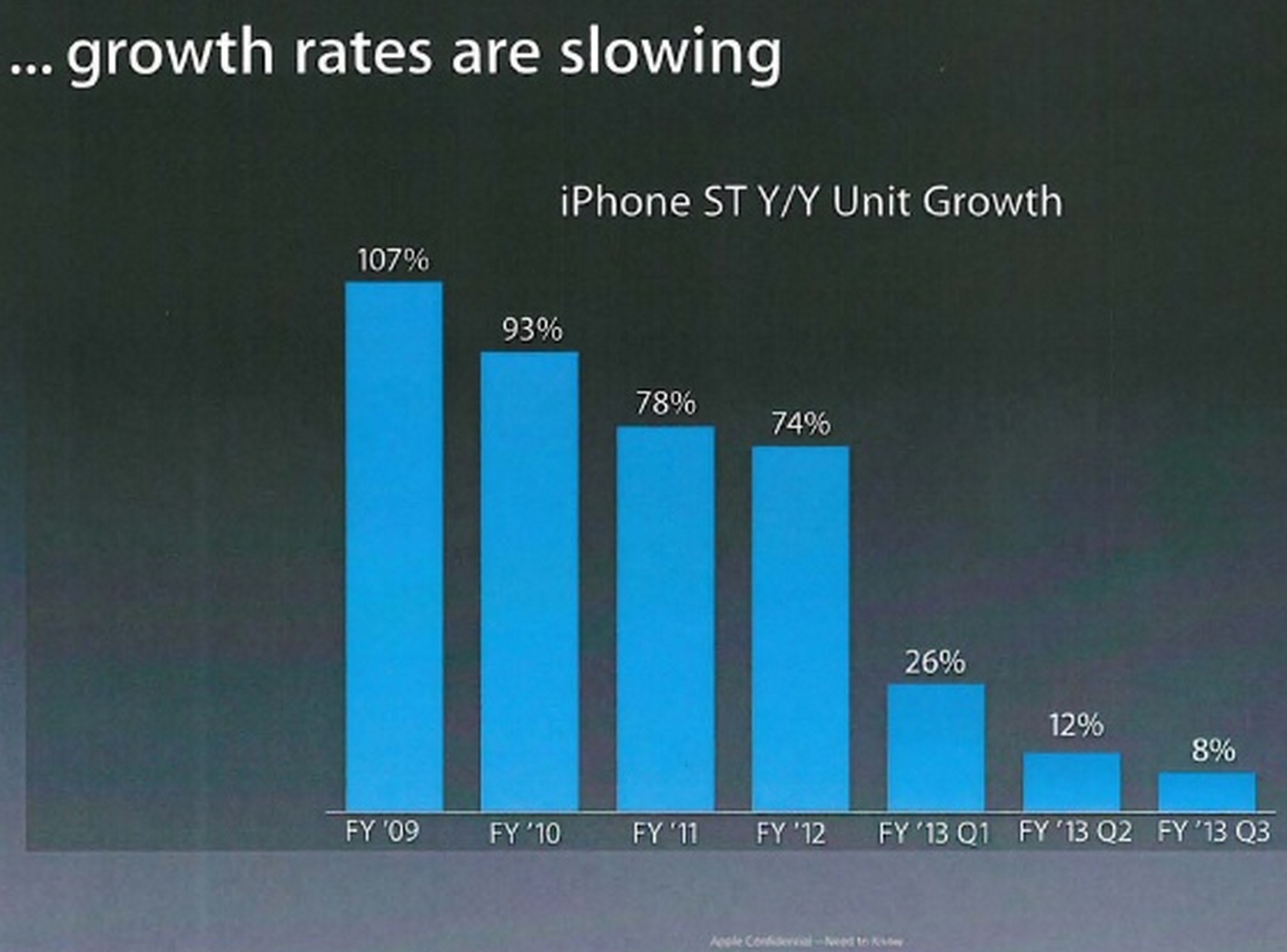 Below is the slide that shows how Apple ended up in this predicament. It isn’t just consumers wanting big screens for less. Carriers also have it out for Apple, according to the internal slides released (via Re/code) during the current Apple v. Samsung patent trial. Citing the iPhones high market share, subsidy premium, ‘Unfriendly’ policies and lack of alignment, Apple believes the carriers have a strong interest in capping iPhone sales. Finally, according to Apple, competitors are improving their hardware and ecosystems and spending ‘obscene’ amounts of money to gain traction at carriers. That is Samsung more than anyone else.

So what can Apple do?

Apple can sell a 4-inch iPhone for under $300, either forgoing their historically huge margins and/or making a cheap device. Neither of which are very likely. You can currently buy an iPhone 5c at Virgin without a plan for just over $300 but those are likely still subsidized because they are locked to Virgin. It is hard to find a 4-inch iPhone for under $500 on the open market.

The much more likely scenario is that Apple sells a bigger iPhone 6 for its current market price and margins addressing the growing market. At the same time, its current lineup could drop in price and come close to hitting that magic sub-$300 price point.

In short, Apple must make a bigger iPhone.