‘Beating Apple is #1 priority, everything must be in context of beating Apple’ – internal Samsung docs 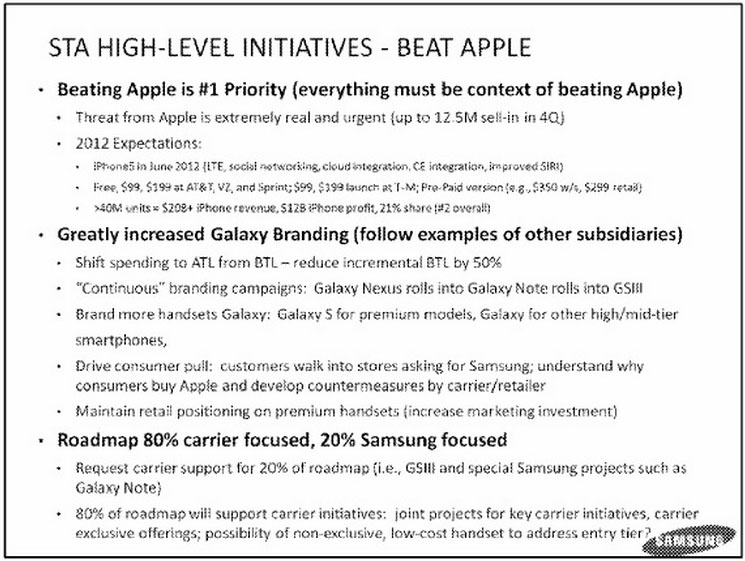 Documents revealed by the second Apple vs Samsung patent trial are not just giving us a peek behind the corporate curtains at 1 Infinite Loop, but also a glimpse into Samsung’s Seoul boardroom. A slide from a Samsung business forecast from 2011 shows the company viewing “beating Apple” as its number one priority for 2012 …

The presentation, entitled 2011 Summary & Lessons Learned / 2012 Business Forecast, showed that Apple was considered an “extremely real and urgent threat.” Interestingly, Samsung’s response seems to be entirely focused on branding, rather than technology, with the decision taken to extend the Galaxy sub-brand across a larger range of handsets and to switch resources to mainstream media advertising (“above the line”) rather than point-of-sale promotions and the like (“below the line”).

Samsung’s concern seemed to be that consumers were already walking into stores asking for an iPhone rather than being open to other brands.