If there’s one thing we’ve learned from the latest Apple v. Samsung trial, it’s that Phil Schiller isn’t as cool, calm, and collected at Apple HQ as he appears at each Apple keynote. We’ve already seen the Apple SVP of Worldwide Marketing fret over Android marketshare and Media Arts Lab not being on par with Samsung’s advertising, and Business Insider has covered an additional email exchange revealed in the trial where an irate Phil Schiller proves he is most definitely a product of Steve Jobs. We’ve already learned that Schiller was so shaken up by Samsung’s ‘Next Big Thing’ ad campaign that he forwarded a Wall Street Journal article to Apple’s ad agency, but Schiller was furious with the agency’s somewhat defensive response…

The WSJ article in question entitled Has Apple Lost Its Cool to Samsung provoked Schiller to declare that the two parties have “a lot of work to do to turn this around,” and Apple’s ad agency responded with a lengthy explainer about about challenges the two parties face and a number of proposals to turn the direction around.

The email, oddly void of any capitalization which would cause anyone to be as irate as Schiller, began with an attempt to align with Schiller’s statement: “We feel it too and it hurts. We understand the totally critical nature of this moment. This perfect storm of factors is driving a chilling negative narrative on Apple.”

The agency may have rubbed Phil the wrong way when it cited the iPhone 4’s marketing woes with antennagate, or attena-gate as it wrote, as a similar precedent in Apple history. 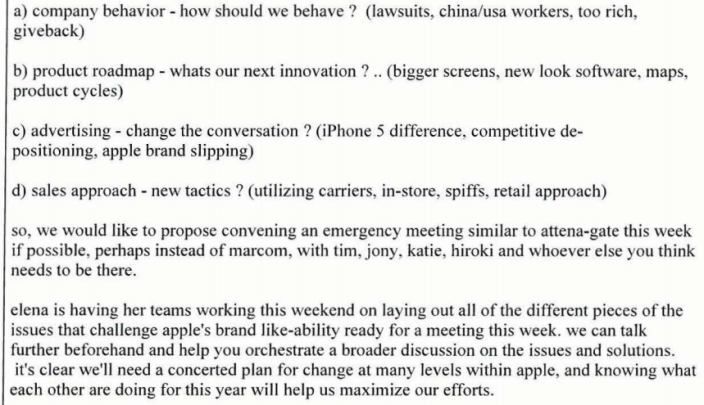 But it was comparing Apple in 2013 to Apple in 1997 that ultimately provoked Schiller’s one-two punch response. 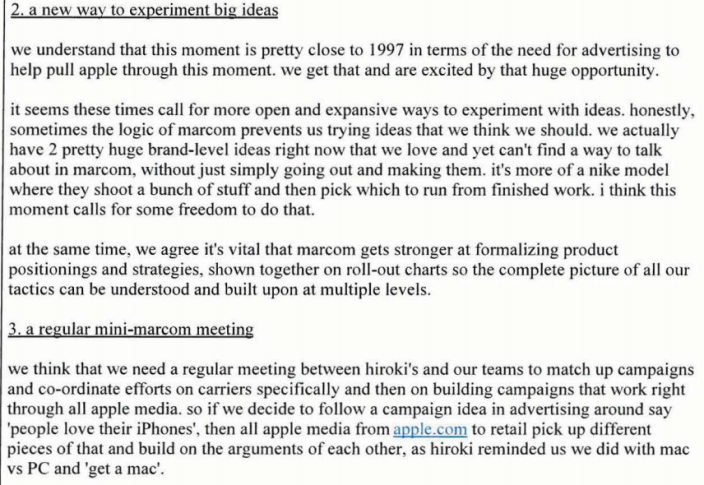 In some ways the ad agency seemed to point to examples of notable bad publiclity in Apple’s history to either align with Schiller’s concern or dismiss his assertion by relating it to larger issues from the past. No matter the intent, Schiller was not pleased.

“I am quite shocked at this response,” Schiller wrote. “To come back and suggest that Apple needs to think dramatically about how we are running our company is a shocking response.”

Schiller continued by addressing the 1997 reference: “This is not 1997. Nothing like it an any way.”

“This doesn’t sound like a path toward making great ads for iPhone and iPad that everyone inside and outside Apple are proud of. That is what we were asked to do,” Schiller concluded. 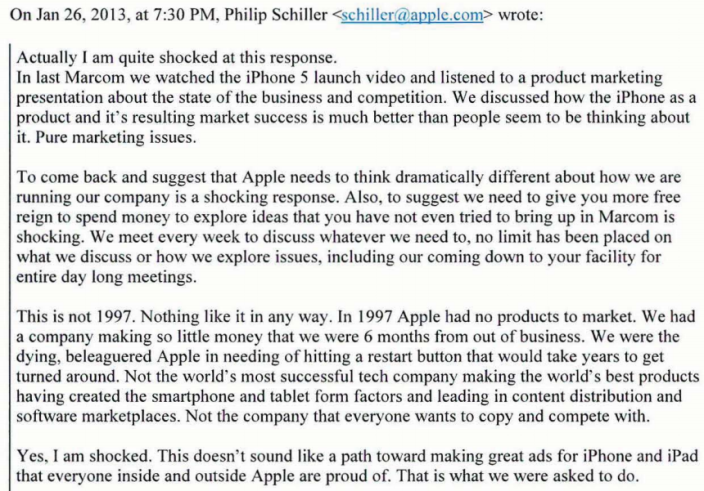 Okay, maybe Steve Jobs would have had an even more direct and colorful response, but Schiller can certainly hold his own.

Nevertheless, Schiller’s reply provoked quite the apology from Apple’s ad agency. “Please accept my apologies. This was absolutely not my intention. In re-reading my email I can see how you can feel this way,” the response read. 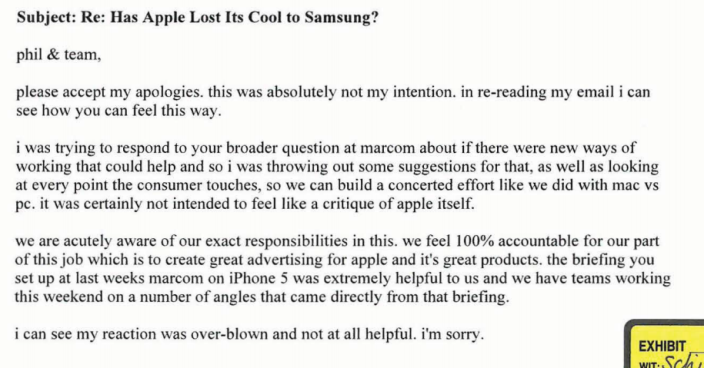 Personally, I’ll never be able to watch another Apple ad without imagining Schiller and company dishing it out over the competition. Apple’s advertising innocence: yet another casualty of Apple’s patent feuds with Samsung.