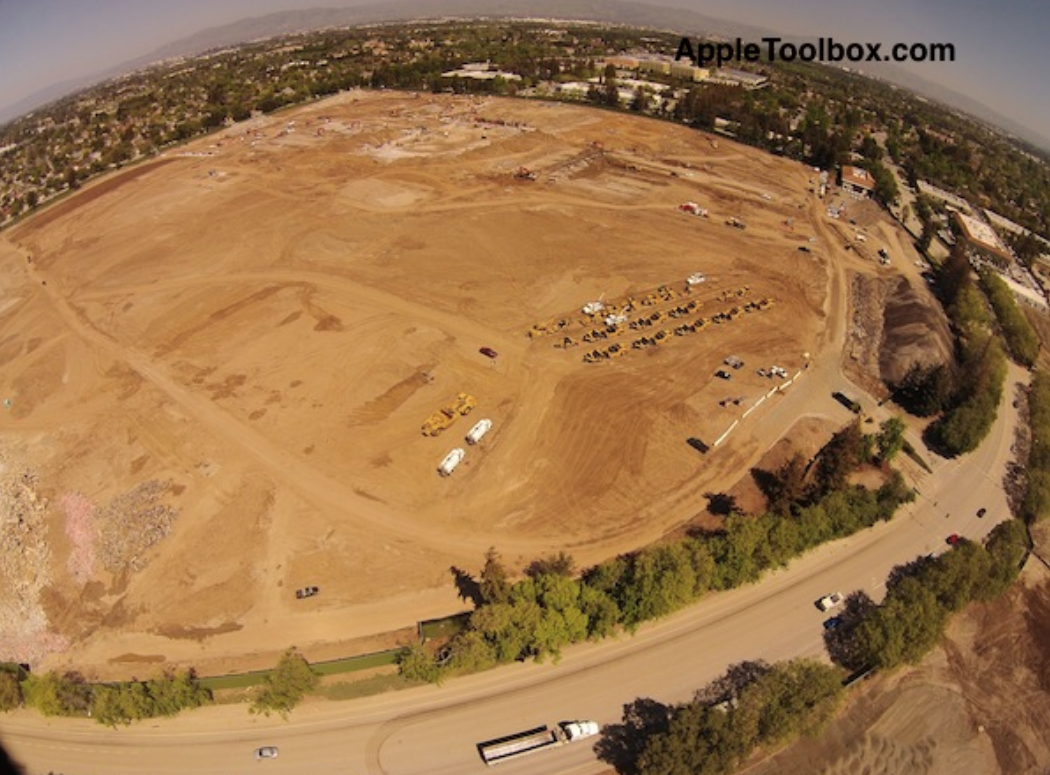 New aerial photos of the site of Apple’s new ‘spaceship’ campus now appear to show that demolition of the existing buildings is complete, with an army of construction vehicles at work preparing the ground for construction …

Apple Toolbox last took aerial shots a month ago, at which time a number of old buildings were still standing: 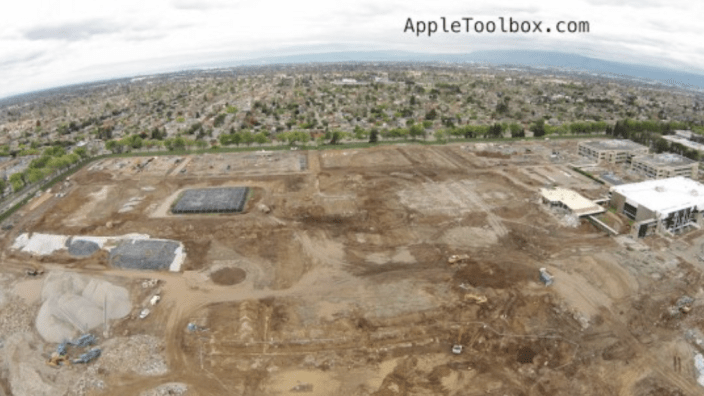 Apple received the final paperwork for the development last November following unanimous approval of its planning application by the Cupertino City Council a month earlier.

We have an excellent idea of what to expect when construction is complete in 2016 thanks to an incredibly impressive scale model of the campus and highly detailed renders, together with a detailed look at the on-site auditorium where we can expect future keynotes to be held. We’ve also heard architect Norman Foster describe the evolution of the project, including Steve Jobs’ involvement since he first presented the idea back in 2011.