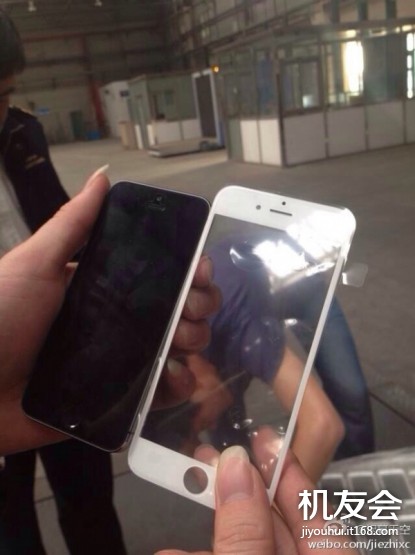 A picture claiming to be of an “iPhone 6” front panel has surfaced on a Chinese forum after being posted without context on Weibo. Details surrounding the image are not clear, but the forum poster claims that it originates from within an iPhone ‘factory’. The image was first found by iphon.fr.

Compared to the iPhone 5s, as shown above, the screen size is noticeably larger. It appears to feature a screen approximately 4.7 inches diagonally, as previously rumored.

Yesterday, iPhone molds appeared online that seemed to resemble a 4.7 inch form factor.  The area of the supposed next-generation panel could almost contain the entire device footprint of the 5s.

Apart from the increase in size, the device is almost identical to current iPhone designs, although the side bezels may have decreased in width marginally. The opening for the front camera also seems to be placed higher up than the same hole in the 5s’s faceplate.

Nowhereelse.fr has also posted a shot of what it claims to be next-generation iPhone batteries. The images are about as interesting as you would expect from battery pics; they don’t show anything of significance. There is also little evidence to support that these are actually for future iPhone devices. 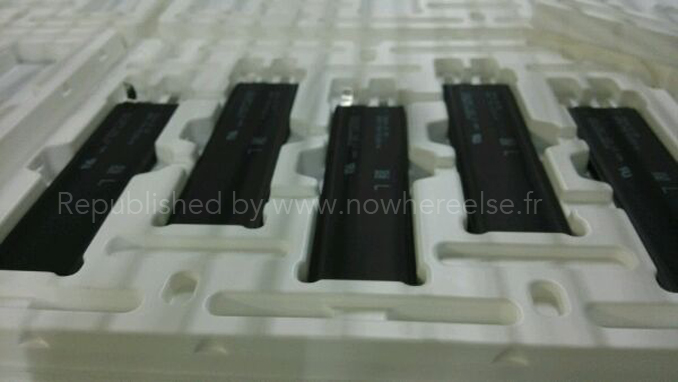 This purported iPhone 6 bezel compares it to the iPhone 5 display: 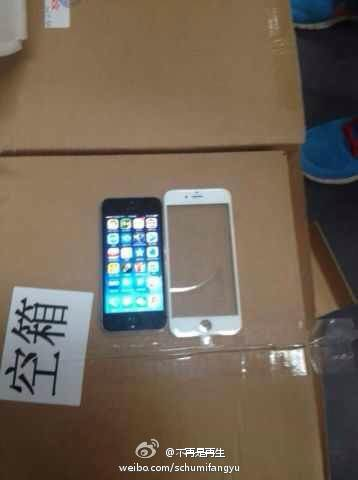