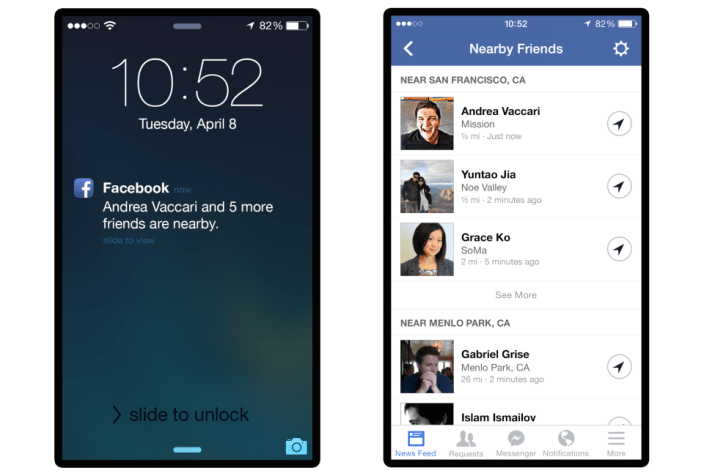 Facebook announced today it will be rolling out a new social feature to its mobile app called Nearby Friends. The feature allows Facebook users to occasionally receive notifications when common friends are in similar locations similar to features offered by Foursquare and Apple’s Find My Friends service.

In its announcement, Facebook emphasizes that the location sharing feature is opt-in meaning users will have to actively decide to turn on the feature rather than the social network flipping the feature on for everyone.

Nearby Friends also supports the ability to manage which groups of friends the features recognizes, and you can disable the feature at any point of course.

Facebook says its opt-in feature will be rolling out to users in its existing iPhone app “over the coming weeks”.