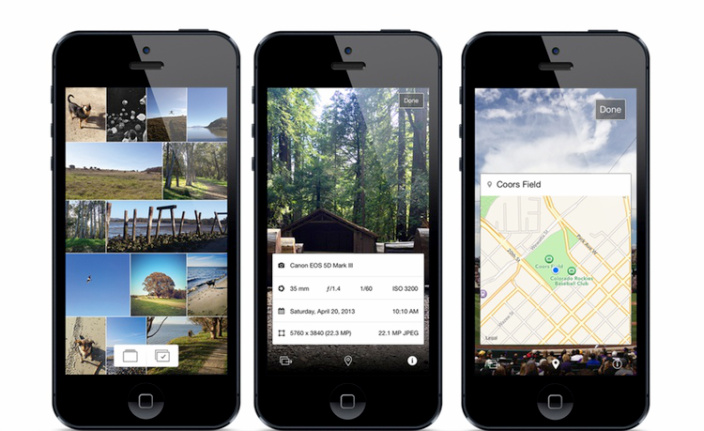 We first showed you Photos+ by Justin Williams of Second Gear last December when the app that shows you photo EXIF info debuted. Jonathan Hayes of SilverPine Software, who worked on Sunlit with Manton Reece of Riverfold Software, has since purchased Photos+ and today version 1.1 is debuting.

Photos+ 1.1 includes a number of bug fixes as well as support for viewing photos stored in your Camera Uploads folder in Dropbox.

The new version of the software features a toggle on the bottom toolbar to switch between viewing photos in the iOS Photos app and photos saved in Dropbox’s Camera Uploads folder.

The update’s release is rather timely as Dropbox debuted its own dedicated photo app called Carousel for viewing and sharing Camera Uploads photos.

Photos+ makes for a nice companion app to Carousel as it provides detailed data about location, date, and camera specs, settings, and more.

Photos+ 1.1 is will be available on the App Store for $2.99. The update is free for existing users.