There are Mac accessories that are exciting or fun, and others that are boring but useful. The Elgato Thunderbolt Dock most definitely falls into the latter category.

As regular readers will know, I’m of the view that wires are evil. Anything that can be wireless should be wireless, and any wires that are unavoidable should be hidden from sight. This is particularly easy if you have an Apple Thunderbolt Display, of course, since all you need in the way of wires from a MacBook is power and Thunderbolt: everything else can be plugged into the back of the monitor.

But if you share my aversion to visible wires and don’t have a Thunderbolt display, or you are frequently connecting and disconnecting your MacBook from a bunch of devices on your desk, the Elgato Thunderbolt Dock may be the answer …

The concept is simple: you run a single Thunderbolt cable from your MacBook to the dock, and everything else plugs into the dock. Place the dock at the back of your desk, and you can then run the cables out of sight. Leave the office, and all you need do is unplug two cables: power and Thunderbolt. Everything else remains permanently connected to the dock.

You could even do what I’ve done with my desk, and drill a hole for the Thunderbolt and power cables, and run the cables beneath your desk to the dock (or Thunderbolt Display, in my case). 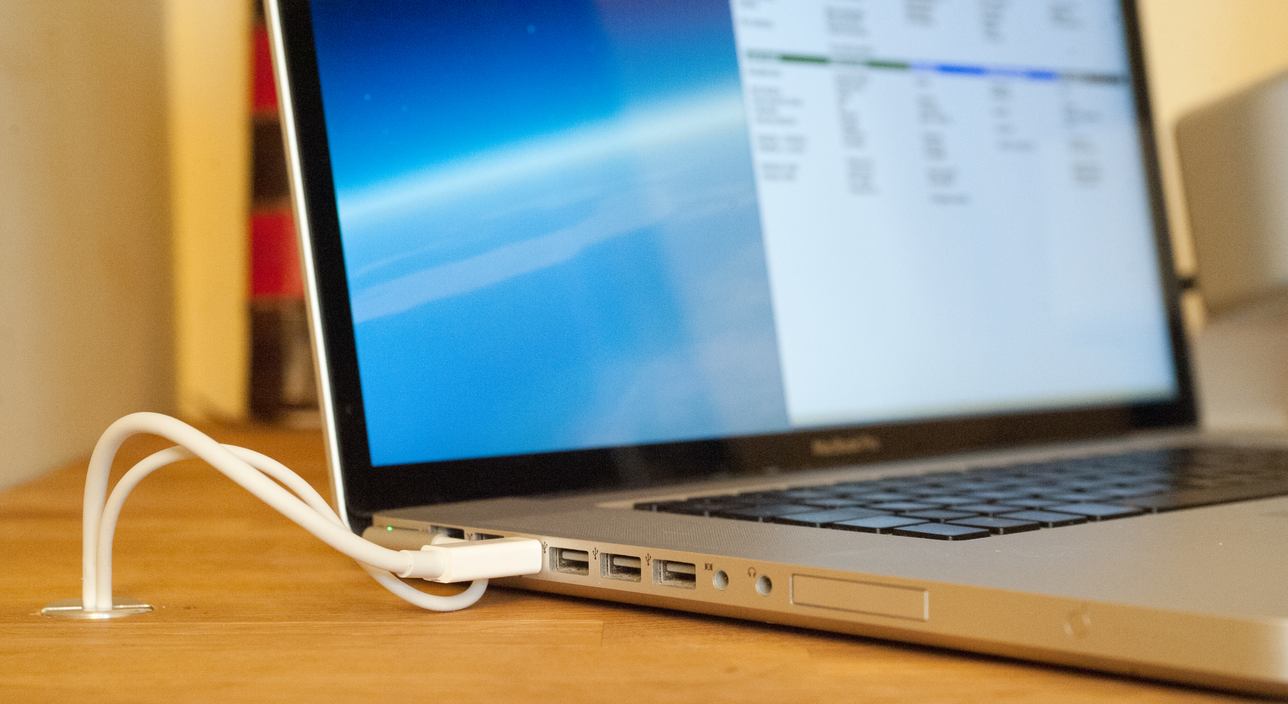 The first thing to say about the dock is that it looks the part. With an anodised aluminum surround wrapping around a matte black ABS plastic shell, it’s an excellent aesthetic match for a Mac, and could easily pass for something made by Apple.

Elgato has clearly tried to balance minimalist looks with practicality. Instead of a featureless front, there are headphone and microphone sockets, and a single USB 3 port.

The rear of the dock has two Thunderbolt sockets, two more USB 3 ports, an HDMI port and a gigabyte Ethernet port. It’s a powered dock, so the socket for the supplied 12V power pack rounds things off. 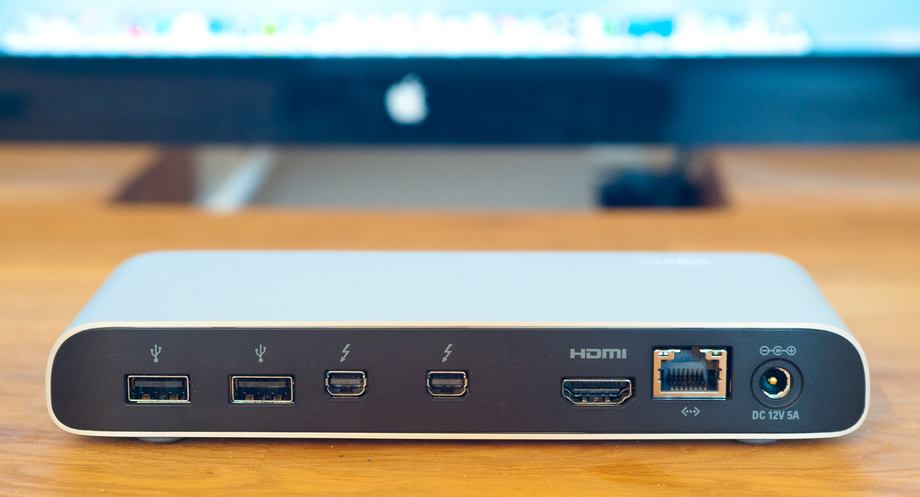 Although there are two Thunderbolt ports, only one is usable: the other is needed to connect the dock to your Mac.

The dock couldn’t be simpler to use: hook up your devices once, leave them connected and then just disconnect the Thunderbolt cable from your Mac when you leave your desk.  If you have external drives connected, remember to eject these beforehand – other than that, it just works.

I’m not keen on the headphone socket being on the front. While that may be convenient for headphones, it’s no big deal to plug those into the Mac given that you’re probably going to take them with you anyway. The far more useful function would be to connect wired speakers, and there I’d want the port on the rear.

The front USB port, on the other hand, is convenient when you just want to temporarily connect something like a camera. I keep USB flyleads in the monitor slot beneath my desk – one each for Apple, mini-USB and micro-USB – for any devices that need to be connected occasionally, and the front port here could be used in the same way.

As a powered dock, all three USB ports provide enough power to charge an iPad.

The main limitation is the number of ports. Using the front port permanently defeats the object of minimising cable clutter, so that means you’re down to just two USB ports. If you have a simple desk setup, this may be enough, but otherwise you’re going to end up connecting a separate powered USB hub into one of the ports. 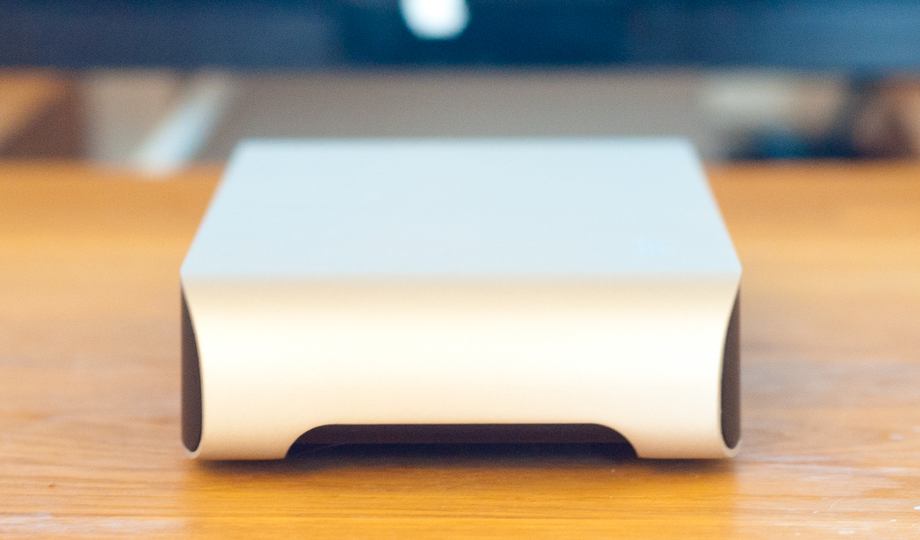 It’s essentially the same price as the near-identical $199.95 Belkin Thunderbolt Express Dock once you take into account that Belkin doesn’t include a Thunderbolt cable.

Is it worth it? Only you can decide. I’m OCD enough to have commissioned a custom-made desk whose primary function is to hide cables, so I place a high value on a clutter-free environment. While the few seconds it takes to unplug USB and speaker cables isn’t the strongest argument for spending over two hundred bucks, I do have to say it’s one of those trivial daily irritations I was pleased to leave behind. If I didn’t have my cable-free desk, I’d probably go for it.

The Elgato Thunderbolt Dock is available for $229.95 from retail Apple Stores, Elgato and Amazon.