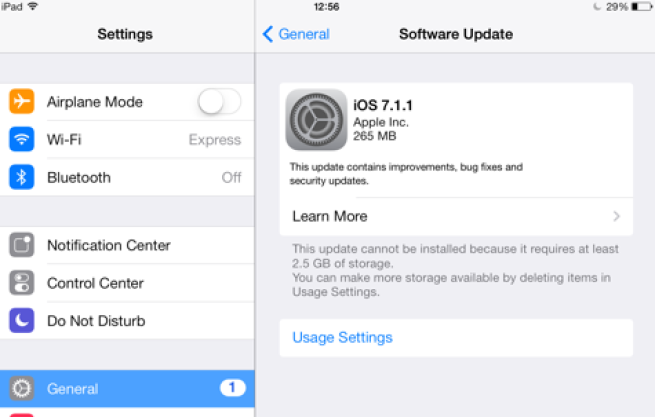 Following our report earlier this month that Apple was preparing to deliver a bug fix in an upcoming iOS 7.1.1 update, today the update is going live as an over-the-air update for iOS users. Apple’s release notes say the update includes “improvements, bug fixes and security updates” including enhancements to Touch ID fingerprint recognition and fixes for keyboard responsiveness and Bluetooth keyboards used with VoiceOver:

This update contains improvements, bug fixes and security updates, including:

The update, iOS 7.1.1 (Build 11D201), is available now for iPad 2 or later, iPhone 4 or later, and fifth-gen iPod touch through Software Update in Settings.

The last release, iOS 7.1, was released in March with user-interface tweaks, a new calendar view, and CarPlay support.