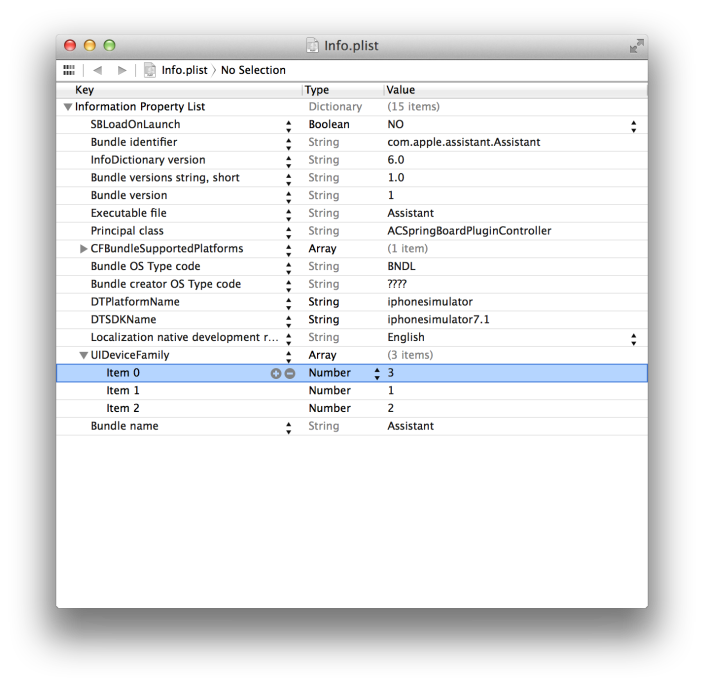 Code found within the iOS 7.1 SDK suggests that Siri is headed to the Apple TV in future. Pierre Blazquez first found the reference on Friday. 9to5Mac has since confirmed that the code does exist in both iOS 7.1 and iOS 7.1.1’s files. The reference does not exist in 7.0.6.

The file is a supporting property-list resource for Assistant (Apple’s internal name for Siri), containing information about the feature. The UIDeviceFamily array declares what platforms are compatible with the feature.

As shown by Apple’s documentation, ‘1’ and ‘2’ represent the iPhone/iPod touch and iPad families. The ‘3’ represents the Apple TV family. 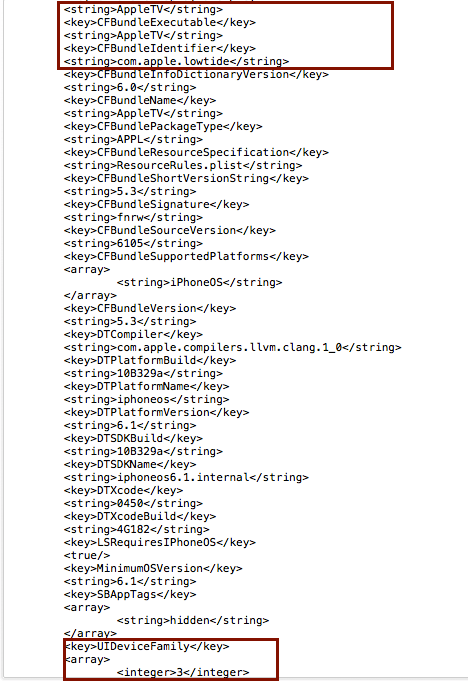 Apple uses the ‘3’ identifier to denote the Apple TV family.

The Apple TV has been given the ‘3’ designation ever since Apple TV became based off iOS. The Lowtide application uses the ‘3’ identifier for instance, as do current Apple TV apps.

References to a new Apple TV have already been found in iOS code. Although this particular finding is not evidence of new hardware, it seems likely that Apple will not bring Siri to the current generation of Apple TV, which lacks microphone input.

9to5Mac has previously reported that a new Apple TV is in development, with a focus on apps and games. A new input method, potentially including Siri, has also been rumored for the upcoming update.

Thanks Efrain Roa and Pierre Blazquez.