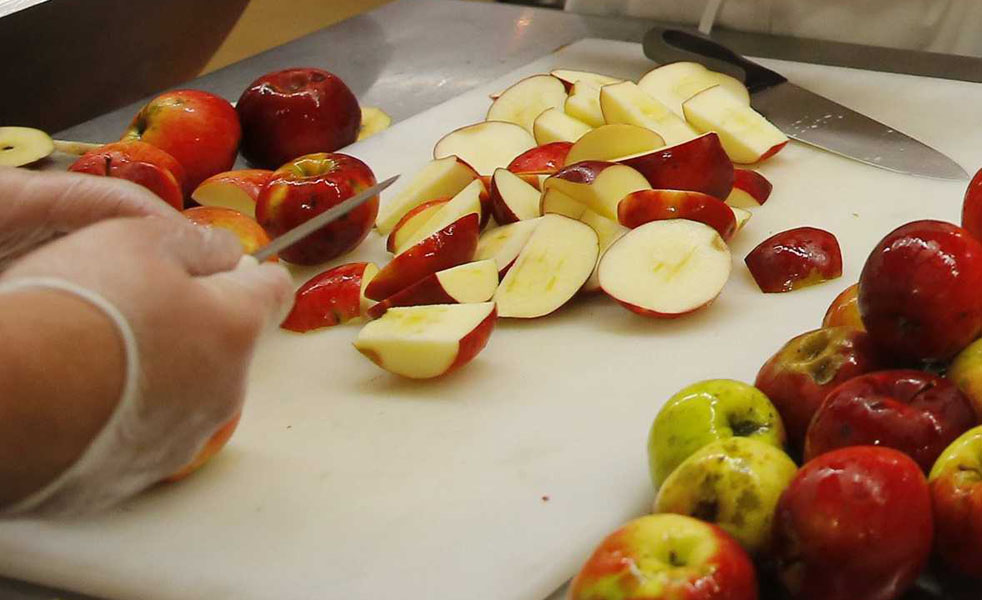 It wasn’t just Apple’s earnings and iPhone sales that took people by surprise yesterday: the company also announced a 7-to-1 stock split.

A stock split is where a company divides one expensive share into two or more cheaper shares. In theory, there’s no benefit to this: it’s just like splitting a $100 bill into two $50 bills. You end up with the same amount of money and the same share of the wealth. But in practice, a lower share price tends to encourage investment, partly because it allows smaller investments and partly because stock splits tend to signal that a share price is likely to continue to increase.

Most stock splits are 2-to-1, sometimes 3-to-1. A 7-to-one split is highly unusual, and in yesterday’s earnings call, Tim Cook explained the reason (via Business Insider).

We are taking this action to make Apple stock more accessible to a larger number of investors. Each shareholder of record at the close of business on June the 2nd, 2014 will receive six additional shares for every outstanding share held on the record day and trading will begin on a split-adjusted basis on June the 9th, 2014.

It’s a move not without risks. By reducing the share price, you make it easier to buy and sell stock, which can make the share price more volatile. But Apple’s board of directors probably figure that small investors are more likely to be those with loyalty to the company rather than the big institutional investors who may take a much more short-term view.

Vox also points out that the lower share price (a $550-ish share today will be split into seven $80-ish shares) would make AAPL eligible for inclusion in the Dow Jones Index. Surprisingly, inclusion in the index is not automatic, based on company size, but is a decision made by a committee – which until now has excluded Apple.

If a company with a very high share price — like Apple before the split — joined the index, it would badly skew the index. This has kept Apple out of the Dow even though as the country’s largest or second-largest company, it clearly deserves to be in.

Again, there’s no practical benefit to being included in the Dow, but it may make the stock attractive to more conservative investors who view the index as a list of ‘safe’ companies.