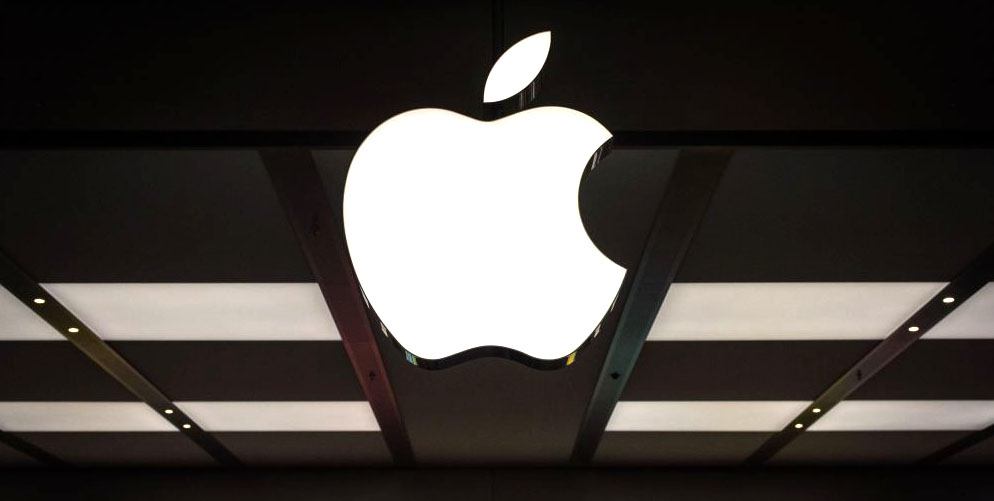 Early overnight reports collated by Fortune unsurprisingly show analysts pleased by the higher-than-expected iPhone numbers, with five out of five rating the stock a buy, their price targets ranging from $75 to $252 above yesterday’s closing value. Apple reported iPhone sales of 43.7B against expectations of 38B, and revenue of $45.6B against the consensus estimate of $43.5B.

The strength came from China up 28%, Brazil up 61%, Russia up 97%, Turkey 56%, and India 55% […] We estimate that iPhone unit growth would have been 11% excluding the impact of China Mobile launch which we believe added around 2 million units based on public reports.

iPhone growth improved in a number of geographies, including double-digit growth in the US, 50% in Japan, and 28% in China.

Brian Marshall commented on the double-digit growth even with current products, and said that the larger iPhone 6 expected in September would represent the “mother lode.”

In our view, a large form-factor iPhone in 2H will spark a massive upgrade cycle (i.e., “mother lode”) in the ~280mil install base as well as the return of some former iPhone users from the Android platform.

Brian White glossed over his 36M iPhone sale estimate against the 43M reality, focusing on both the iPhone 6 and iWatch for the second half of the year.

In our view, more important than tonight’s results is the rollout of the iPhone 6 and entry into a new product category with the iWatch that we anticipate in the second-half of the year.

Peter Misek echoed the likely impact on shares of the iPhone 6 launch.

It is possible to be aggressively buying the shares ahead of what we believe will be a successful iPhone 6 launch.

Fortune also did its usual league table of the best and worst analyst estimates of Apple’s earnings, with The Braeburn Group’s Patrick Smellie taking top billing with an error rate of 3.4 percent, while Credit Suisse’s Kulbinder Garcha was in last place with a 12.7 percent error. The full table can be seen below, with Philip Elmer-DeWitt’s commentary worth a read. 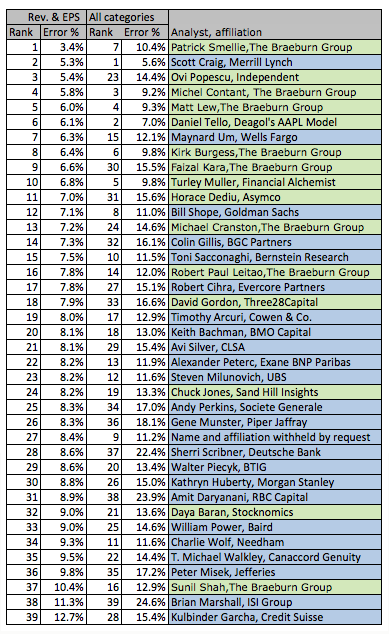