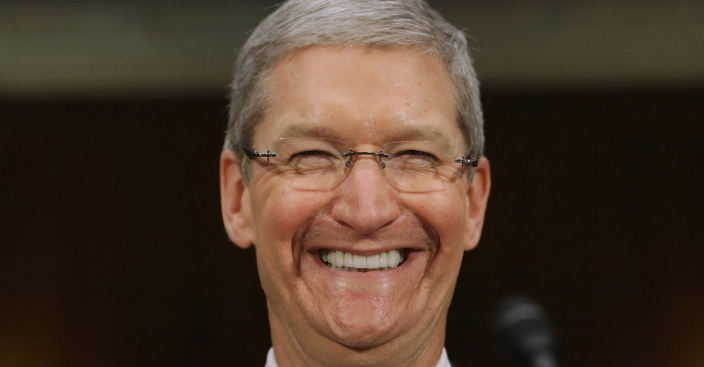 In Cook’s latest interview with The Wall Street Journal, the Apple CEO largely reiterates his comments about the company’s values and the product creation process but also expanded on his opinion of mobile payments.

Cook said that their strong results should qualm some of the recent anti-Apple chatter. However, he added that it will likely take the addition of some new products to change people’s minds…

As you might expect, Cook repeated his comments about new product categories without being the least bit specific.

Cook echoed the message that new products are under development, but is in no rush to release something until it is ready.

“You want to take the time to get it right. Our objective has never been to be first. It’s to be the best. To do things really well, it takes time. You can see a lot of products that have been brought to market where the thinking isn’t really deep and, as a consequence, these things don’t do very well. We don’t do very many things so we spend a lot of time on every detail and that part of Apple isn’t changing. It’s the way we’ve operated for years and it’s the way we still operate. I feel great about what we’ve got coming. Really great and it’s closer than it’s ever been”

The “closer than it’s ever been” comment is strange, almost meaningless, but not expected. Aside from saying that their pipeline is “really great”, Cook is never going to spoil the ‘surprise’. While Apple’s current products are doing great, quoting Apple’s 15% EPS growth, he said new things will “make it better.”

There is one area of intrigue though. Daisuke Wakabayashi asked Cook about the mobile payments market.

“I think it’s a really interesting area. We have almost 800 million iTunes accounts and the majority of those have credit cards behind them. We already have people using Touch ID to buy things across our store, so it’s an area of interest to us. And it’s an area where nobody has figured it out yet. I realize that there are some companies playing in it, but you still have a wallet in your back pocket and I do too which probably means it hasn’t been figured out just yet.”

This lines up with what Cook said on the call, about looking for new ways to monetize the customer base. In the first-quarter call, Cook even more strongly hinted that Apple is working on something in this space in relation to Touch ID.

Do you realize we're now closer than ever to Apple releasing new products?