How would a 4.7-inch iPhone 6 stack up against today’s Android phones?

If the larger screen sizes offered by Android phones has played a significant role in the purchase decisions of those who’ve moved away from the iPhone, it’ll be very interesting to see how many return when the iPhone 6 is launched, with its rumored 4.7-inch and 5.5-inch screens.

MacRumors forum member deuxani decided to create a virtual line-up to see how the 4.7-inch model would stack up against the most popular of today’s Android handsets.

While it’s been strongly rumored that the iPhone 6 will have ultra-thin bezels left and right, Touch ID means that the iPhone 6 would be taller than its 4.7-inch Android competitors – especially as it seems unlikely Apple would abandon its vertical symmetry. 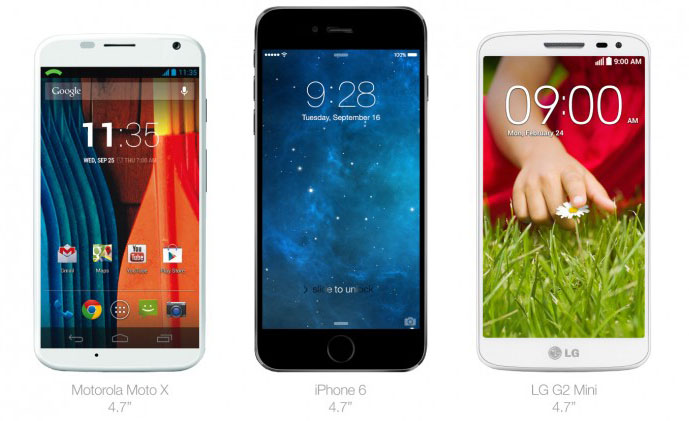 The height of the phone would likely be similar to the Nexus 5 and LG G2, with 5- and 5.2-inch screens respectively. 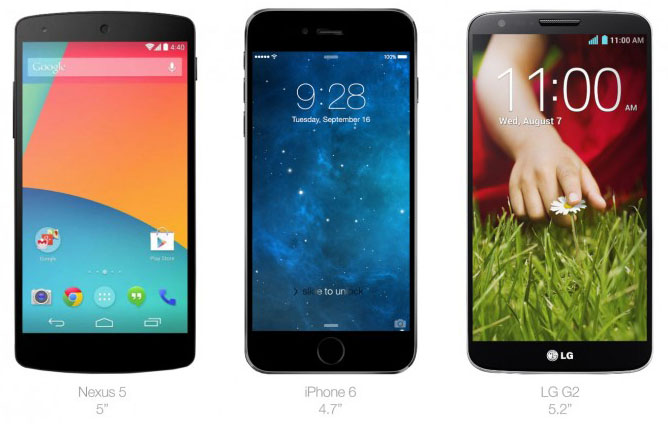 It would, however, still be smaller that its two main competitors, the Samsung Galaxy S5 and HTC One. 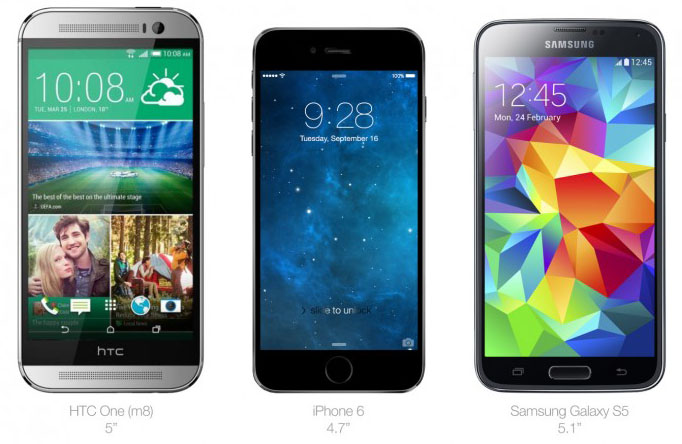 Other rumors regarding the iPhone 6 are that it will have a rounded profile, the power button moved from the top to the right (for easier use with a larger screen) and rectangular volume controls.

Even without the larger screen, the iPhone doesn’t appear to be doing too badly at attracting Android owners. Tim Cook revealed in yesterday’s earnings call that more than 60 percent of iPhone 4S and 5c buyers have switched from Android. Apple reported double-digit growth in iPhone sales year-on-year, selling 43.7M handsets in the previous quarter.