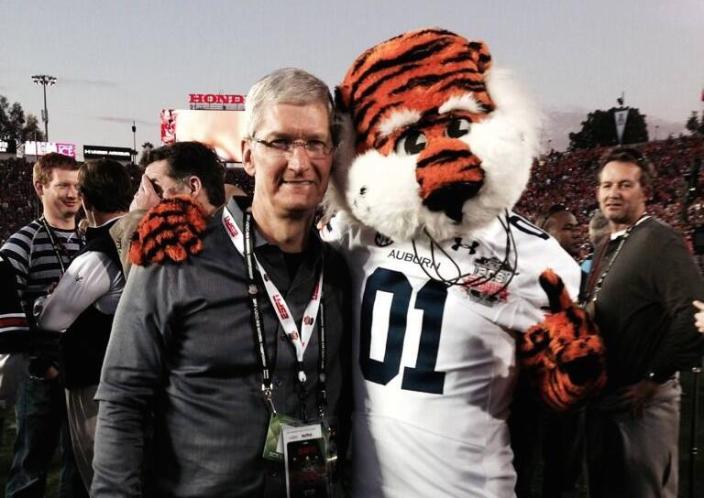 It was only just a year ago when Tim Cook raised $610,000 for charity through an auction to have coffee with the Apple CEO himself. This time the subject will move from coffee to lunch with the head of the company at Apple Headquarters in Cupertino. The charity auction is hosted by the website Charitybuzz just like last time and hopes to raise $100,000 for the RFK Center for Justice and Human Rights. It’s likely however that the charity auction will raise much more than its goal as last year’s goal of $50,000 was far exceeded at $610,000 before wrapping up.

The charity auction kicked off today and runs through Tuesday on May 13th when the price is surely to drive much higher than its goal. In less than one hour the current bid is already for $10,000 and there are two and a half weeks to raise much more money.

As detailed by the fine print, the winning bid will include lunch for two plus the Apple CEO and will last for about an hour… and, yes, the cost of lunch is covered. (Travel accommodations, however, are not.)

Those interested in winning the auction can place a bid on Charitybuzz’s site.

The charity auction kick-off follows a somewhat eventful week for Apple as it began an environmental push for Earth Day starting Monday, launched a public beta program for OS X on Tuesday, and announced its quarterly earnings and a 7-1 upcoming stock split yesterday.