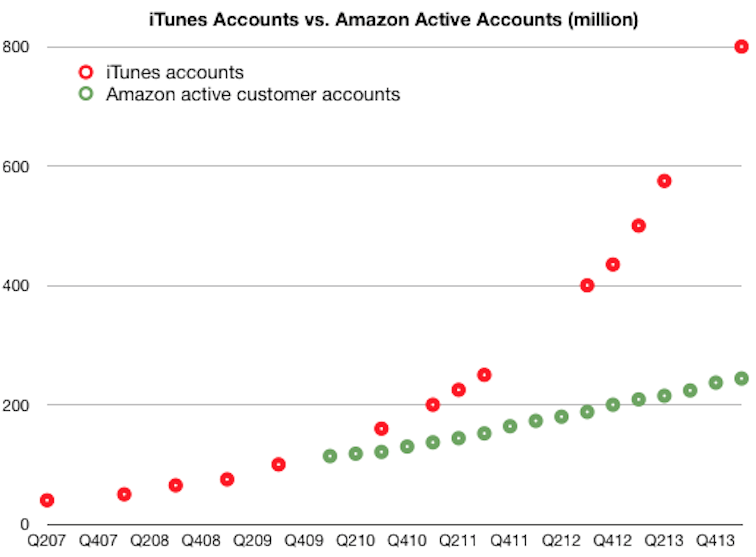 If one chart could show just how well-positioned Apple is to make a move into mobile payment, this tweet from Horace Dediu is it. iTunes has four times as many active accounts as Amazon – and since we know from Tim Cook that “the majority of those have credit cards behind them,” that means Apple has at least twice as many credit cards on file as the ecommerce giant.

There has been a little confusion around the numbers, with some sources suggesting Apple has four times as many credit cards on file as Amazon, based on a claim that “most” iTunes accounts have cards linked to them. But the actual phrase used by Cook was “the majority” – which could mean anything from 51 percent up.

Tim Cook as good as confirmed that mobile payment via Touch ID is on the way when he said in January that “it was one of the thoughts behind Touch ID” and “a big opportunity” for the company.

It has previously been reported that Apple plans to allow customers to purchase physical goods from other retailers through an iTunes account, just as can be done in Apple’s own retail stores using the Apple Store app. Just last week, Apple was said to be interviewing candidates from the payment services field.