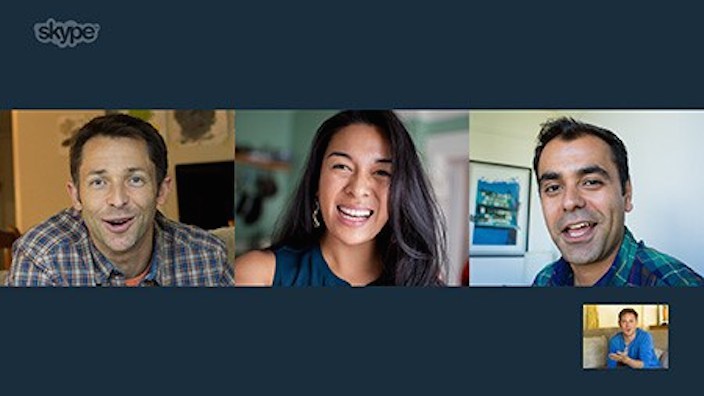 You may recall Skype debuted a very useful (and social) feature for Mac way back in 2010: group video calling. Specifically, the feature was in a public beta stage with widespread testing thus carried a price tag of $0 with idea being it would eventually be a paid feature when the service was stable enough. Fast forward a few months to 2011 and Skype rolled the feature out to its official version of the app for Mac and put a price tag on it. As you can imagine, as the price of entry went above nothing, free alternative services including Google’s Hangouts video calling emerged. Three years later, the Microsoft-owned company is back in the business of bringing multiple faces together over video for free (hooray!) as today it announced group video calling for everyone at no cost… again.

Specifically, the group video chatting supports up to 10 different video streams and works across platforms including Mac, Windows, and Xbox One (though Xbox requires a paid membership to unlock Skype). The change is already live and does not require an update (just be sure you have the latest version); screen sharing to a group is also supported.

Previously, non-premium accounts were limited to one-to-one video calls or group voice calls unless one party was specifically a paid Skype user. Support for group video calling on mobile operating systems seems slated for future versions as it is currently not available on Skype for iPhone or iPad.