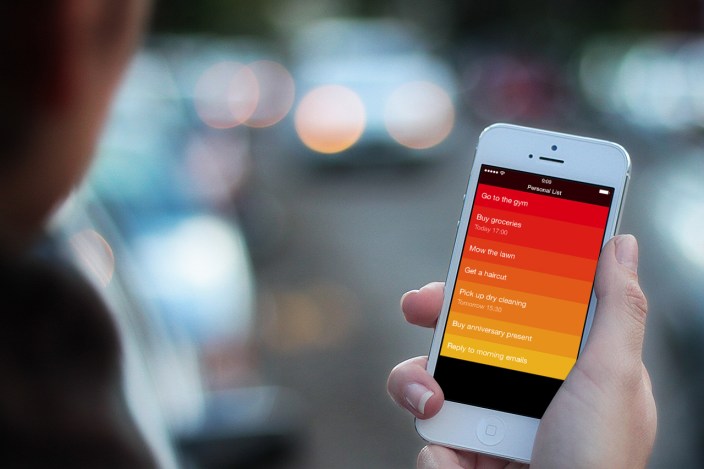 After previously announcing the feature and showing it off last month in a promotional teaser, Realmac Software is finally bringing the highly requested reminders functionality to the popular Clear to-do list app on both the Mac and iOS platform. The latest version also brings some extra goodies that add even more personality to the app like new sound packs. Check out the details below to see how the latest version of Clear measures up as an alternative to Apple’s own Reminders application and other apps as well.

Overall, this is easily the best version of Clear on both Mac and iOS. I’ve had a chance to try out the iPhone version and it maintains the simple focus of the app very well. Your items and lists look almost exactly the same aside from the new dates you add below a scheduled item. Tapping an item prompts you to pick a date and time for your device to be alerted by the information included in the item.

For example, you could schedule “Drink more coffee” tomorrow at 10:00 am, and that item will then prompt an alert on your lock screen and notification center at the scheduled time with a sound or vibration. 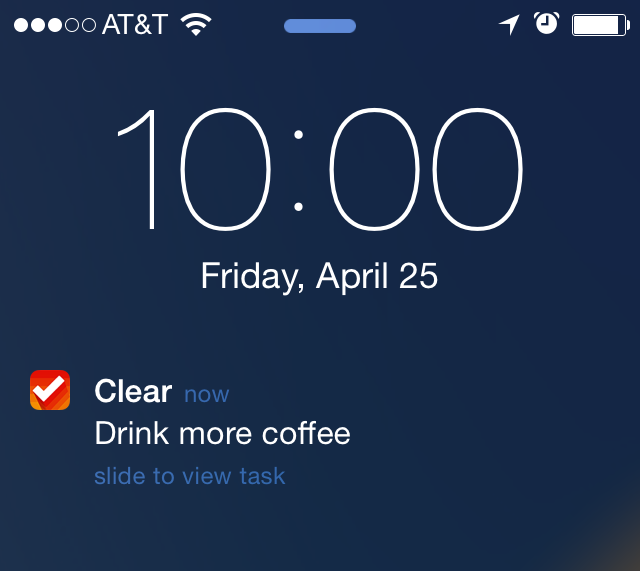 Like Apple’s own Reminders app, intervals of time are available in sets of five minutes meaning you can pick 10:00 or 10:05 but not 10:07. Alternatively, Fantastical’s Reminders feature supports setting items down to the minute.

Unlike Apple’s Reminders app, Clear only supports time-based alerts and not location-aware alerts. While Clear does use iCloud for syncing lists and items across devices to other versions of Clear, it does not sync items with Apple’s own Reminders app like Fantastical and other apps do. For that reason, you won’t be able to schedule items with Siri for now unless Apple adds support for third-party apps in the future. You also won’t see the ability to schedule repeating reminders in the current version.

That being said, the ability to schedule items will be a terrific addition for people who already love to use Clear for organizing their tasks and ideas. My takeaway was largely that it is important to see the distinction between capital “R” Reminders used by Apple and Fantastical and Clear’s approach to reminders which live within the Clear ecosystem.

Personally, I’d love to see Clear add support for adding notes to items as the next major feature. I find it very handy to quickly access a name or URL or address in a reminder when using Apple’s Reminders app, and Clear is steadily building its own feature set that competes well enough against the alternatives.

Personalization is where Clear really shines, and the addition of new sound packs created by Josh Mobley makes it that much more fun to use. In addition to the stock Clear chimes, “Sci-Fi” and “8-bit” sound packs can now be unlocked. These sound packs apply to the new alerts on the lock screen as well as during activity within the app.

Unlocking the sound packs can happen in a few different ways. All sound packs are available for free on the Mac version of Clear, and customers who previously bought the now-retired Clear+ version of the app can acquire the two sound packs for free. (Download Clear+ from the Purchased section of the App Store, then tap Restore Purchases in the Sounds setting within Clear.)

For iPhone and iPad, each sound pack will be an in-app purchase of 99¢ the ability to try out the sound pack available until the next time you launch the app.

Both sound packs add a spacey, robotic touch to the app similar to Tweetbot. Sci-Fi is my favorite; it makes me want to spend more and more time using the app. With the ability to choose between themes with a range of colors, Clear is becoming even more of an app that can match your mood or personality.