Steve Jobs has been ranked #1 in CNBC’s First 25: Rebels, Icons & Leaders, described as “a definitive list of people who have had the greatest influence, sparked the biggest changes and created the most disruption in business over the past quarter century.”

The list was created as part of CNBC’s year-long 25th anniversary celebrations. The above clip is airing during CNBC’s Business Day programming today, and the full one-hour special will be broadcast at 7PM ET tonight, anchored by CNBC’s Tyler Mathisen. 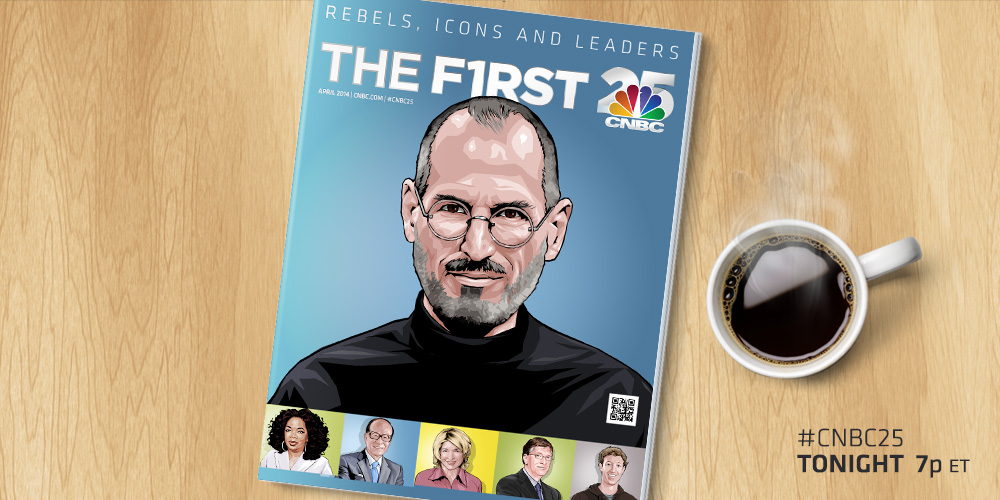 CNBC says that the final list of 25 was chosen from an initial group of 200 contenders, using a combination of editorial leaders, outside experts and CNBC viewers.