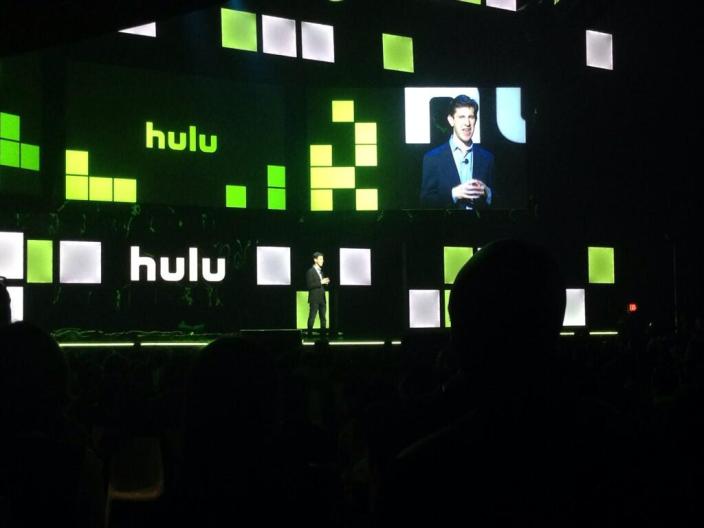 At Hulu’s Upfront event in New York today, the streaming media company announced some interesting news for cable cutters and entertainment indulgers. Beginning this summer, viewers without paid Hulu Plus accounts will be able to view full episodes of TV shows via the Hulu mobile apps at no cost. The content will still be ad-supported, of course, as even paid members are exposed to advertising, but content will include full TV episodes. Currently, only Hulu members with a paid subscription can access content on mobile devices like the iPhone and iPad and free viewing is restricted to the web. Additionally, Hulu says the company will release “the next generation” of its Hulu Plus app for iPhone around the same time this summer.

In addition to news that the company will allow streaming of full TV episode on mobile devices for the first time, Hulu also announced a new format for advertising while viewing content.

Specifically, Hulu announced “in-stream purchase units” that will allow users to directly interact with ads without being pulled away from the content (aside from the time it takes to deliver an action).

We will be rolling out the first ever “In-Stream Purchase Unit” later this year with Pizza Hut as our launch partner. The unit will enable consumers to make an order for pick-up or delivery without ever leaving the Hulu environment. With our effective targeting capabilities, this new innovation allows advertisers to target the right demographic, at the right time – all while allowing viewers to immediately pick up where they left off once their order is placed.

While most users, especially paid subscribers, would probably prefer to experience an ad-free version of Hulu, it’s certainly interesting to see the company take advantage of modern technologies in advertising potentially making the platform much more viable in the long run.

Hulu also announced to it has surpassed 6 million paid subscribers to its service. For perspective, Netflix recently reported 44 million customers, albeit without revenue from advertising during content streaming.