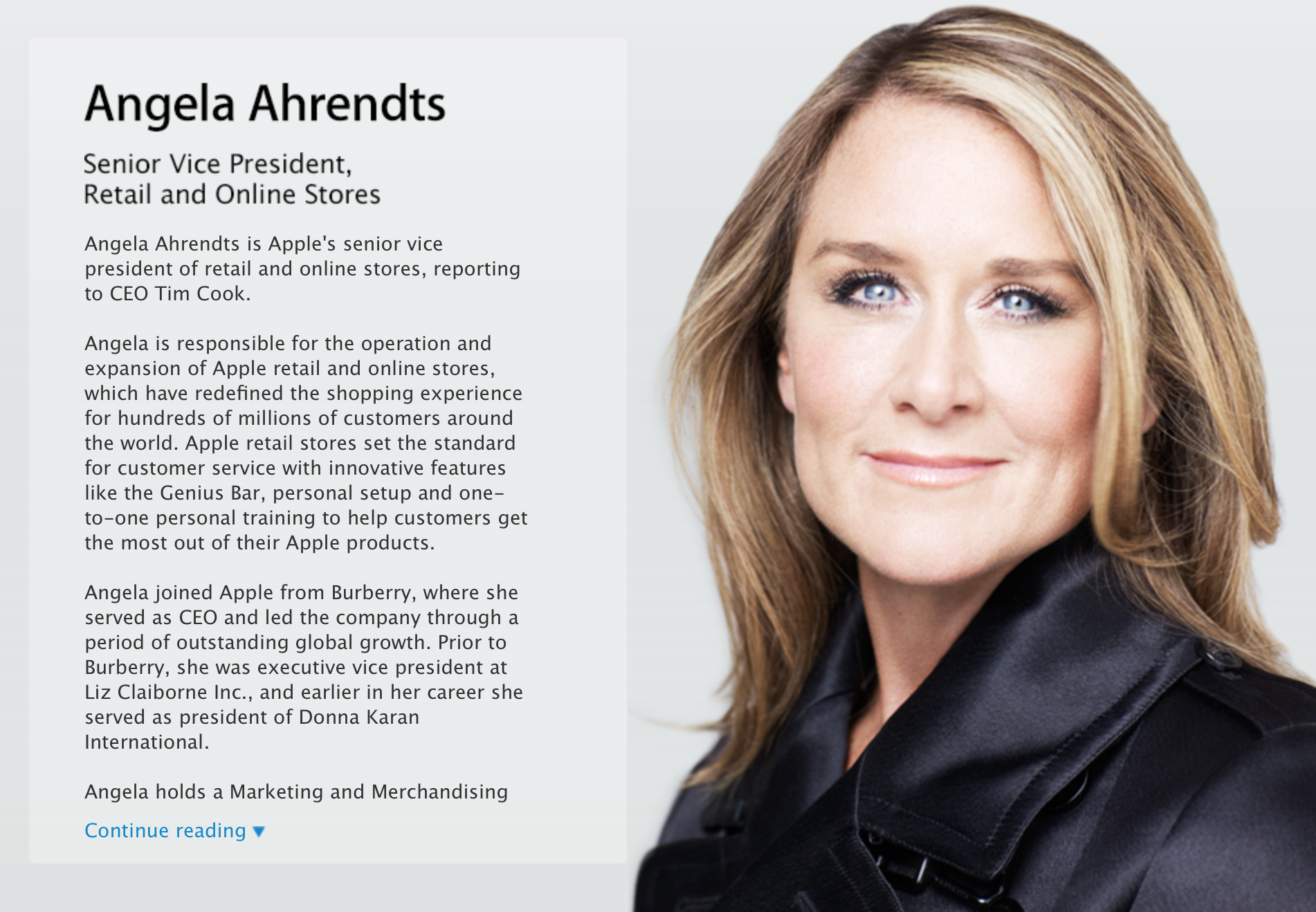 Angela Ahrendts has officially taken the reins of Apple’s new Senior Vice President of Retail and Online Stores. Ahrendts’s last day as the CEO of Burberry was yesterday, and Apple’s website has been updated to reflect Ahrendts beginning her work at Apple today. Her biography, which can be found on Apple’s executive leadership website, explains her role at Apple:

Angela Ahrendts is Apple’s senior vice president of retail and online stores, reporting to CEO Tim Cook. Angela is responsible for the operation and expansion of Apple retail and online stores, which have redefined the shopping experience for hundreds of millions of customers around the world. Apple retail stores set the standard for customer service with innovative features like the Genius Bar, personal setup and one-to-one personal training to help customers get the most out of their Apple products.

The biography also provides a quick recap of her experience in retail and accolades:

Angela joined Apple from Burberry, where she served as CEO and led the company through a period of outstanding global growth. Prior to Burberry, she was executive vice president at Liz Claiborne Inc., and earlier in her career she served as president of Donna Karan International. Angela holds a Marketing and Merchandising degree from Ball State University in Indiana, where she was awarded an honorary doctorate in 2010. She is also a member of the UK’s Prime Minister’s Business Advisory Council and was named honorary dame commander of the British Empire in April 2014.

Last week, Tim Cook announced that Ahrendts would “join the Apple team” this week, but the Apple CEO did not specify an exact start date. We understand that Ahrendts is already planning a presentation to retail staff regarding her plans for Apple retail.

Apple announced Ahrendts appointment last fall, and Tim Cook told Apple employees via an internal memo that Ahrendts is the “best person in the world for this role.” Her role is unique in that this is the first time that Apple will have a Senior Vice President covering both retail and online stores. Apple’s previous head of retail was John Browett, and he only remained at the company for roughly six months due to cultural incompatibilities. Apple’s previous Head of Online Stores was Jennifer Bailey, but Bailey has since shifted her role into leading the development of an iTunes-based mobile payments service. Apple recently poached Bob Kupbens from Delta to be the Vice President of Online Stores.

A photo of the newly complete Apple executive biographies page (the page is ordered alphabetically after CEO Cook): 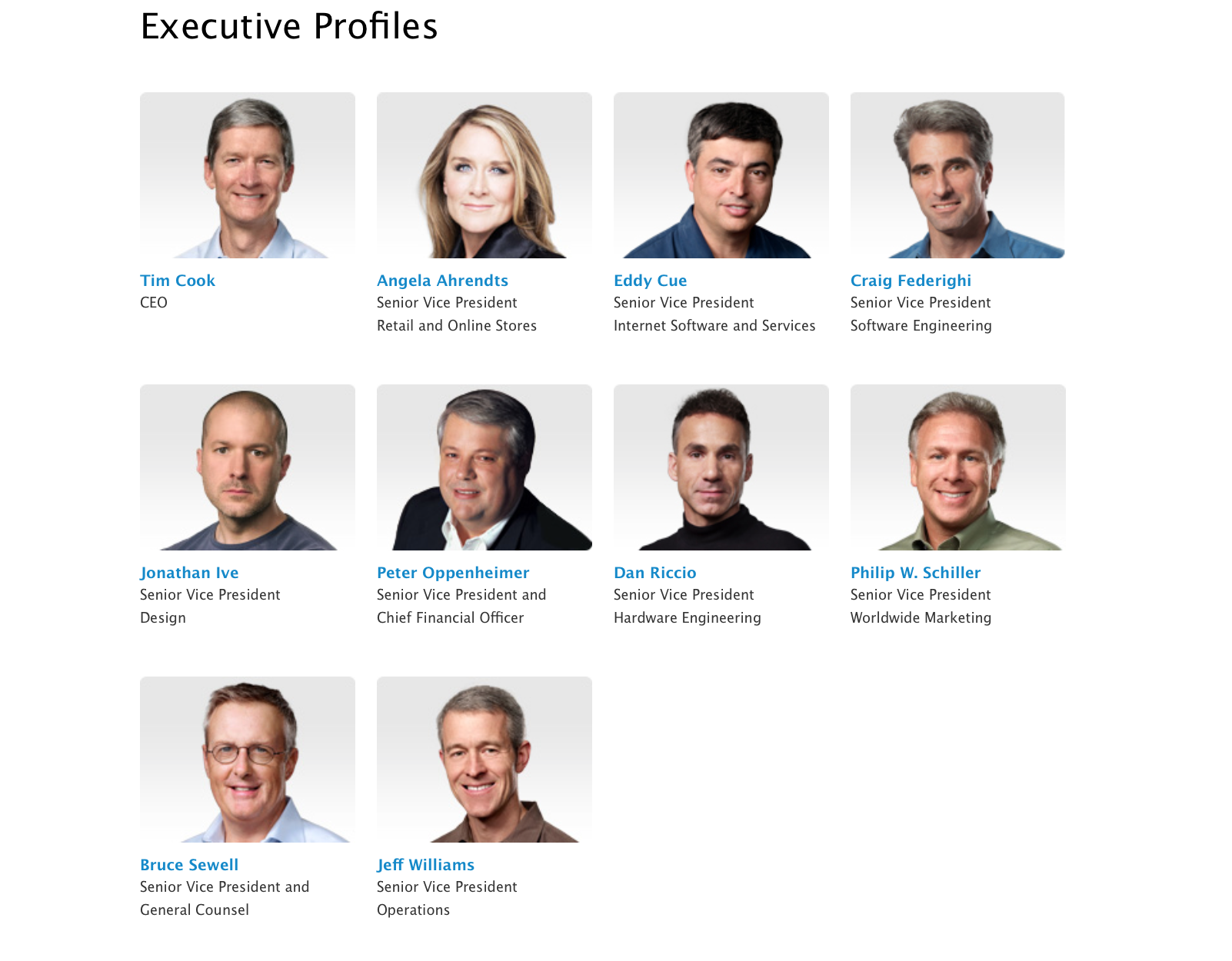