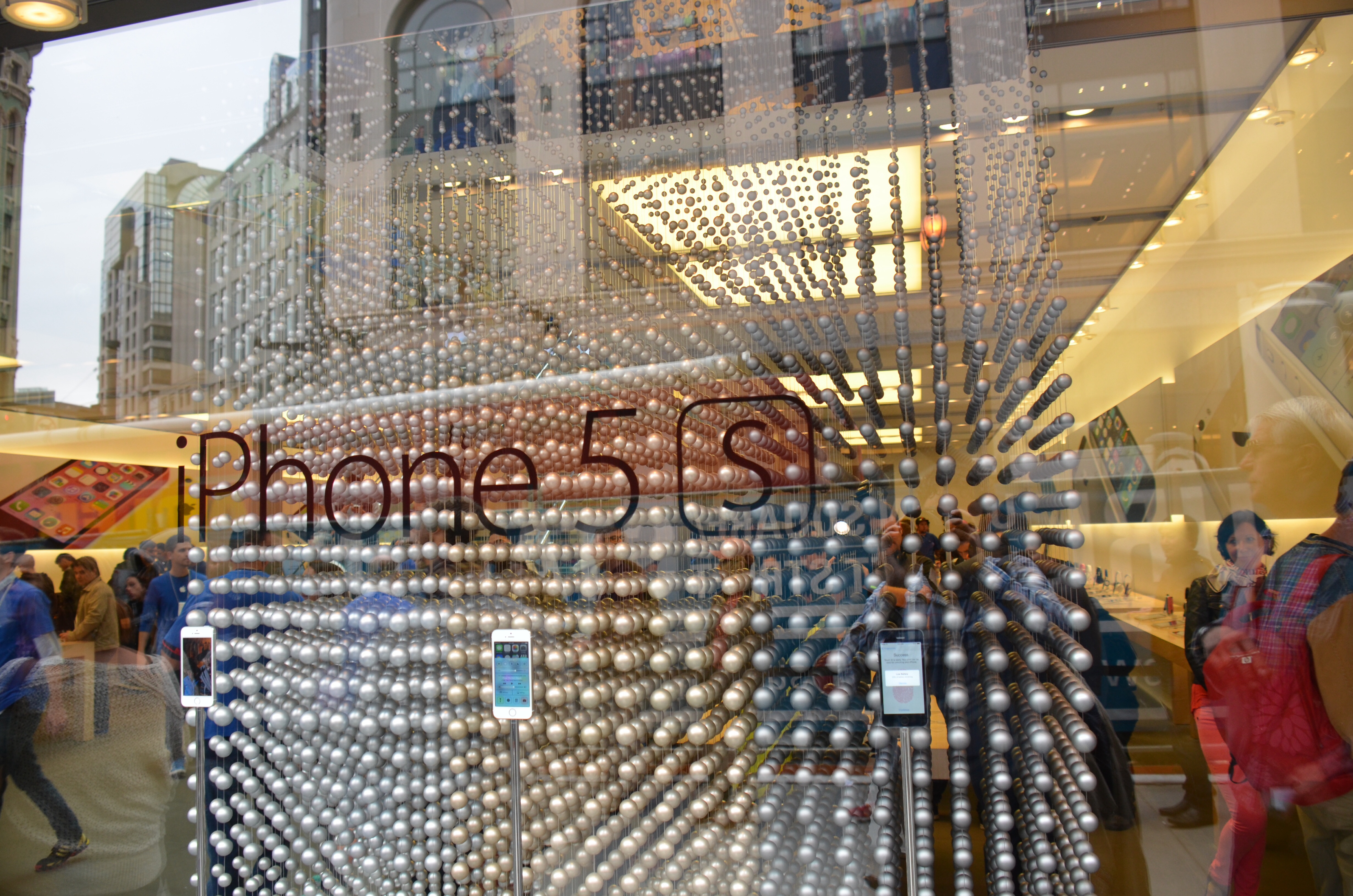 Apple is planning to hold an “enormous” iPhone-related event in its stores this week in order to boost sales, according to a source with knowledge of the initiative. Beginning May 8th, the source said, Apple will be contacting upgrade-eligible iPhone users with older iPhone models via email to come into their local Apple Store to update to a new iPhone 5s or iPhone 5c…

This program blends nicely with Apple’s Apple Store-based iPhone hardware trade-in program, which allows customers to turn-in older iPhone models to purchase a new model at a discounted price. Apple, in recent weeks, has increased the buyback prices for iPhones in its trade-in-program, according to a source.

This event will be held in multiple states across the United States, and Apple is said to be preparing for an influx of visitors to its stores on the levels of traffic driven to stores for new product debuts. Apple will brief Apple Retail management on the initiative tomorrow, according to the source. Additionally, Apple is said to be readying various other new marketing and sales initiatives to improve the sales of the iPhone in its retail stores.

Last year, Apple CEO Tim Cook embarked on a significant plan to bolster iPhone sales in stores. Apple has executed this plan with new sales strategies, applications, iBeacon technology, and trade-in programs. This week’s Apple Store event fits in that strategy and will mark one of Apple’s first significant iPhone sales events in retail stores aside from the annual new iPhone launches.

Apple’s new Senior Vice President of Retail and Online Stores Angela Ahrendts’ first full week at Apple will be this week, and she will likely be overseeing this new program with the assistance of other Apple retail executives.

Last month, Apple reported record iPhone sales for Q2 2014, demonstrating that the iPhone is still a significant growth product for Apple. This week’s sales push along with future iPhone sales tactics will continue to cement the iPhone as the flagship product in Apple’s portfolio. These new programs are also likely designed to boost sales as Apple moves toward a product transition to at least one larger-screened iPhone model later this year.