VC Fred Wilson: Apple too rooted to [commoditizing] hardware and too weak in cloud to remain at the top of tech 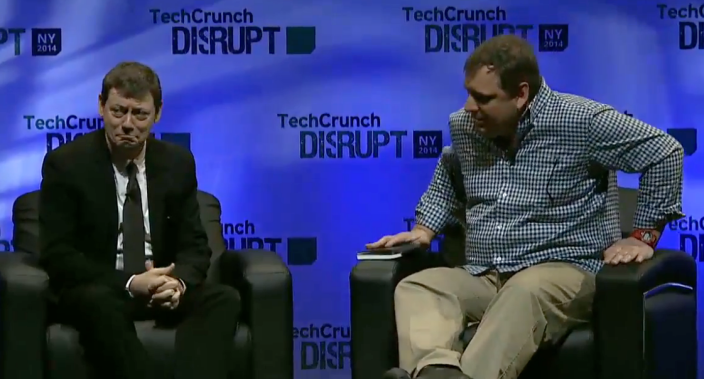 Venture capitalist Fred Wilson of Union Square Ventures was willing to make some ‘bold’ predictions for TechCrunch’s Disrupt conference – on video no less – as he discussed his vision for the top three Internet companies in 2020.

TC Founder Michael Arrington asked which companies would lead in terms of market cap in 2020 with Apple, Google, Microsoft, and Facebook leading in market cap right now. Wilson’s answer decidedly forecasts both Microsoft and Apple as falling behind the ranks of Google, Facebook, and some currently unknown company. Why Apple? Because they’re too married to hardware, Wilson believes…

“Google, Facebook, and one that we’ve never heard of,” Wilson told Arrington before explaining what will lead to Apple’s fall from market leader over the next five years.

Wilson later said that Google Glass is “directionally correct” but lacks the correct implementation while invoking the Apple Newton as an example of a product that could later evolve into something better like the iPod or iPhone. Wilson sees everything else Google is doing as making it the most valuable Internet company in 2020…

When pressed about Google’s approach to privacy and utilizing personal data for its products, Wilson had this to say:

“They have done nothing to date that is truly evil. […] The minute they do it, I think they’re going to really screw up their brand and then their company.”

And back to Apple’s problem that its obsession with hardware will devalue its cloud efforts: Wilson later admits his expertise and interest sway toward services (like Kickstarter, for example) and explicitly not hardware…

“If you’re building a hardware product, for example, you shouldn’t come talk to us. We would not have invested in Oculus even though it was hugely successful and it might be one of the most interesting products to have come around in the past five or ten years. That’s not what we do.”

Wilson’s points-of-view certainly present an interesting perspective, but one with which even Wall Street may not agree as Apple’s stock price continues to climb (see today’s news). Just take a look at the last five years which saw the invent of the App Store which hosts millions of apps and iCloud which encompasses a growing number of cloud-based services.

It’s also interesting to hear Wilson’s dismissal of Apple citing favor for hardware over cloud-based services as the company continues to leverage its software and services as a reason to push more devices to market. But then again, it’s certainly not a fresh argument either is it?

Wilson’s insight (or lack thereof) into Apple’s future picks up at about the 4 minute 30 second mark above.