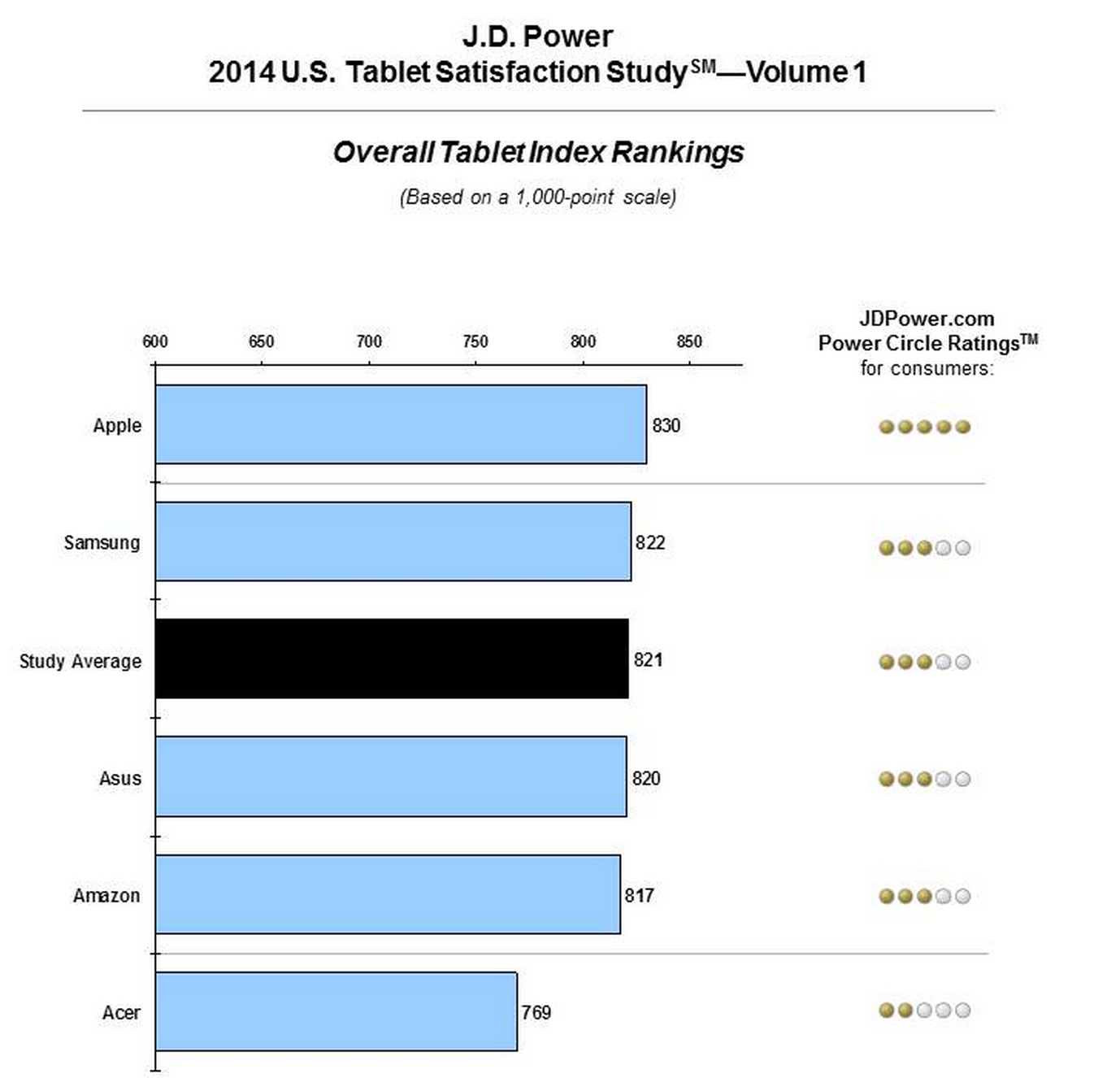 Following its report last month on smartphone customer satisfaction in which Apple ranked first, J.D. Power is out today with its study on tablet satisfaction and is once again ranking Apple highest overall. Apple comes in first followed by Samsung, while Asus, Amazon, and Acer fall in line below the study’s average:

J.D. Power notes that a decline in the overall price of tablets has resulted in a decline in overall satisfaction. Apple, however, avoids that by ranking highest in every category except price. The report also provided some other findings on tablet sales, purchasing habits, and brand loyalty for September 2013 to February 2014 when the study took place.

Lower price is the No.1 reason for tablet choice in 2014, with 25 percent of current tablet owners citing price as the main reason for selecting their current brand, compared with 21 percent in 2013. Features offered and brand reputation are the next most-frequently cited reasons for selecting a tablet device (22% and 21%, respectively). 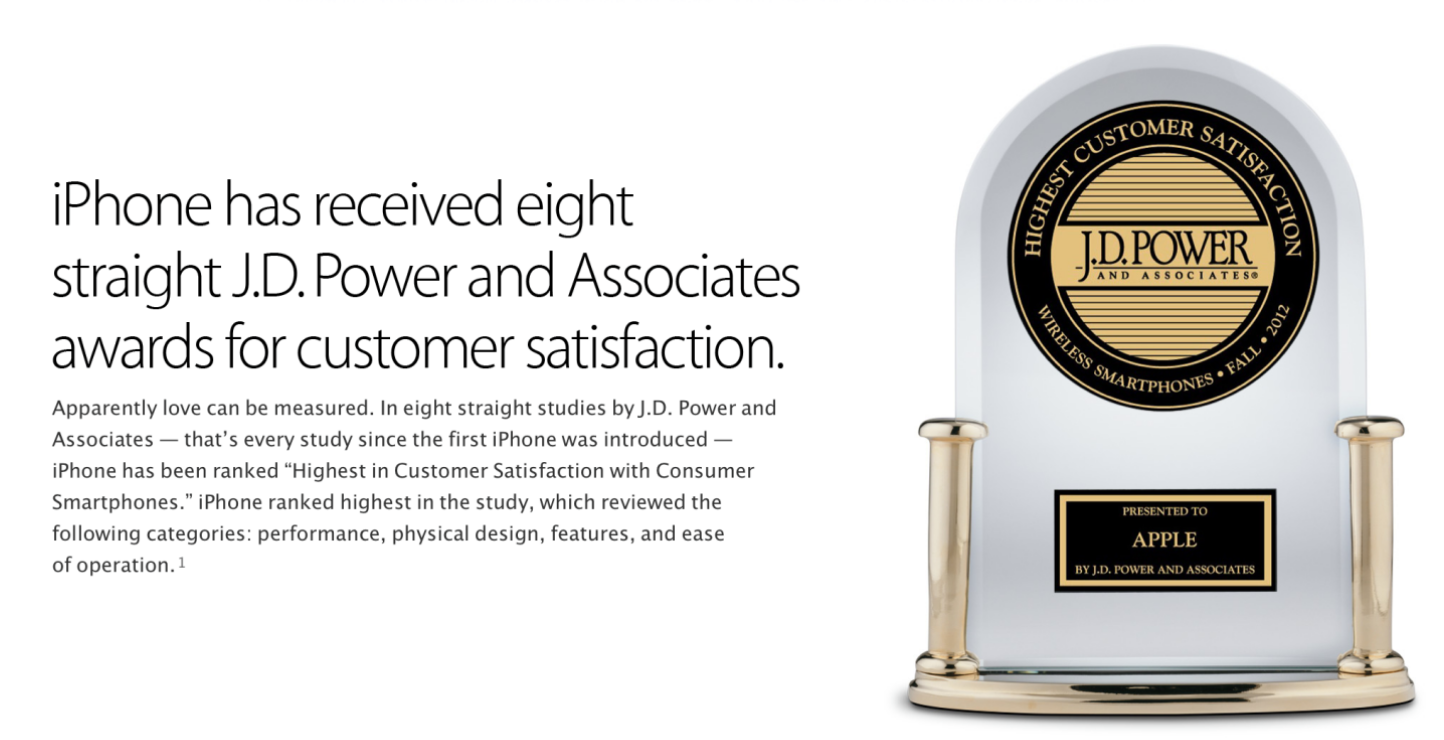 J.D. Power and Associates previously awarded the iPhone highest in consumer satisfaction for smartphones eight years in a row and Apple has several times used its studies in iPhone and iPad advertising on its website and elsewhere (pictured above).

The report used experiences of approximately 2500 tablet owners between September 2013 and February 2014 and ranked five metrics related to user experience including performance (28%); ease of operation (22%); features (22%); styling and design (17%); and cost (11%).