Apple in final talks to acquire Beats Electronics for $3.2b, deal could be announced next week 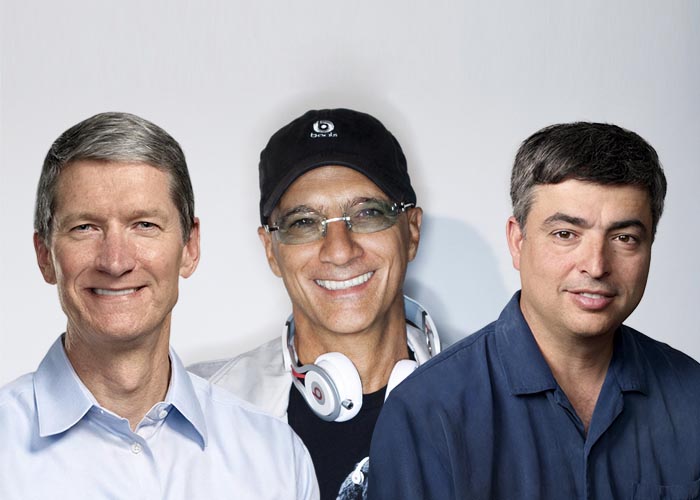 According to the Financial Times, Apple is in late-stage talks with Beats to acquire the music streaming and headphone maker for a deal worth $3.2 billion. The deal could be announced as soon as next week, according to the report. The report adds the senior management from Beats will report directly to Apple CEO Tim Cook. The Beats headphone brand has been marketed by artist Dr. Dre for several years, and the company most recently launched a cross-platform streaming music service that has seen some success. Bloomberg News, The Wall Street Journal, and The New York Times are both corroborating the report.

Apple is closing in on its largest ever acquisition with the planned $3.2bn purchase of Beats Electronics, the headphone maker and music streaming operator founded by music producer Jimmy Iovine and the hip-hop star Dr Dre. The deal could be announced as early as next week, people familiar with the negotiations said, but they cautioned that some details had yet to be agreed and talks could still fall apart.

The potential $3.2 billion deal would mark Apple’s largest acquisition of another company ever, and would be a stark contrast from Apple’s former reluctance to making large acquisitions. Apple CEO Tim Cook recently said that Apple is on the “prowl” for more deals, and this Beats acquisition would certainly prove that…

Beats would provide Apple with experience in designing headphones, wearable devices, audio technologies, and importantly, streaming music technology as Apple moves to re-position iTunes in a world where competitors like Spotify and Pandora are growing at rapid paces.

This partnership certainly does not come out of nowhere. Apple executives Tim Cook and Eddy Cue have previously met with Iovine to discuss streaming music services and Apple and Beats have partnered up to sell Beats earphone products in Apple Retail stores. Iovine has even told interesting stories about Apple and Steve Jobs.

The New York Post gives a little more detail about the rumored deal, reporting that Iovine will be joining Apple’s executive team as a “special adviser to Tim Cook on creative matters,” according to the Post’s sources.