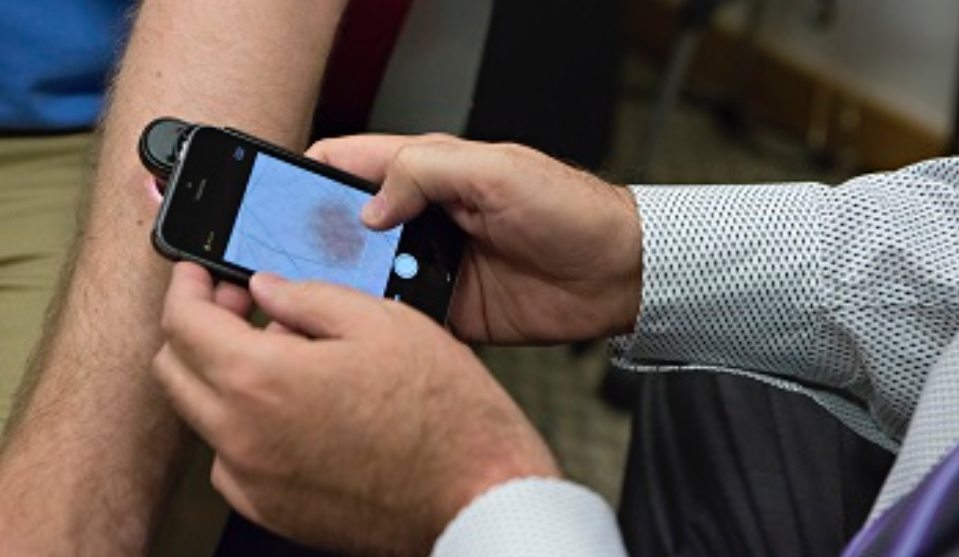 Early testing of an iPhone app developed to detect melanoma – the most dangerous form of skin cancer – found an accuracy rate of around 85 percent. This is similar to that achieved by specialist dermatologists, and more accurate than examination by primary care physicians.

Melanoma, usually caused by too much exposure to the sun, is responsible for around three-quarters of all skin cancer deaths. It’s dangerous because it can spread quickly if not caught at an early stage, but surgery has a high success rate if the condition is detected and treated soon after symptoms appear …

The DermoScreen app was developed by University of Houston professor of engineering technology, George Zouridakis. A $500 dermoscope – a combined magnifying lens and light – is attached to the back of the iPhone, and the iPhone camera used to take a photo of a suspicious mole or lesion. The app then analyzes the image to determine whether or not it is likely to be cancerous, with the result available in just a few seconds.

The app is currently being evaluated for further testing at the University of Texas MD Anderson Cancer Center. It’s hoped that the same approach might allow screening for other conditions.

It’s not the first time an iPhone has been used for medical diagnostics. Back in March, Stanford University developed a $90 iPhone accessory to replace ophthalmology kit costing tens of thousands of dollars.