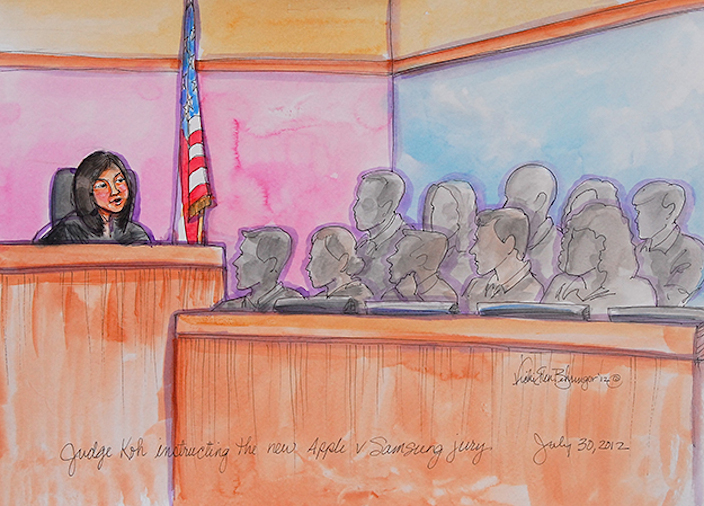 Last week we saw yet another ongoing patent dispute between Apple and Samsung end in court, and Samsung’s attorney John Quinn believes the final conclusion to Apple’s patent chase with Android may soon be approaching. In a recent interview, Quinn expressed his view that Apple should give up their effort to go after Android in court.

“Up to this point, I think Apple really hadn’t given up hope [it] could cripple Android somehow,” John Quinn said in an interview with CNET. “This has got to be the last straw. They’ve got to realize they’re not going to slow Android down by suing people.”

Samsung, of course, was ordered to pay $119 million after it was decided the Korean company did infringe upon a number of patents held by Apple, but even that was a small victory for Apple as it was seeking $2 billion in damages. Apple still praised the jury’s decision despite the mixed results from the trial, but you have to wonder if the lackluster results could indeed mean the end of these trials as Samsung’s attorney believes.

“They (Apple) have nothing to show for the hundreds of million of dollars they’ve spent,” Quinn said. “I’m sure they’re looking for a graceful exit. … I’m pretty sure the Apple smartphone wars against Android are a thing with a limited future.”

While Quinn spins the sum of all Apple’s efforts to pursue patent litigation based on Android as a net loss for Apple, the message from Apple in both major trials was a positive one. After the most recent trial, Apple told Re/code:

“We are grateful to the jury and the court for their service,” Apple told Re/code. “Today’s ruling reinforces what courts around the world have already found: that Samsung willfully stole our ideas and copied our products. We are fighting to defend the hard work that goes into beloved products like the iPhone, which our employees devote their lives to designing and delivering for our customers.”

The previous major trial even summoned a message from Apple CEO Tim Cook to the entire company. Within that message, Cook cited defending the company’s work and ‘values’:

The jury has now spoken. We applaud them for finding Samsung’s behavior willful and for sending a loud and clear message that stealing isn’t right.

I am very proud of the work that each of you do.

Today, values have won and I hope the whole world listens.

But earlier in the memo, Cook noted that Apple preferred not to sue Samsung and that the company was not necessarily taking action because of the potential loss of money involved:

We chose legal action very reluctantly and only after repeatedly asking Samsung to stop copying our work. For us this lawsuit has always been about something much more important than patents or money.

With that type of influence in mind, it’s difficult to predict if the lackluster results of the most recent trial will impact future decisions to pursue patent litigation.

Samsung has since appealed the decision reached by the jury (and Apple could appeal the decision that it owes Samsung $158,000 as was decided last week) so it’s certainly not the end of the Apple v. Samsung patent litigation story yet, but ask Samsung’s Quinn believes, this most recent trial could be one of the last big efforts to battle it out in court… but probably not if history is any indicator.

After all, the previous major trial eventually did net Apple $890 million on behalf of Samsung, which operationally is a small token, but such victories certainly do not go without sending a certain message despite not having any tangible effect.