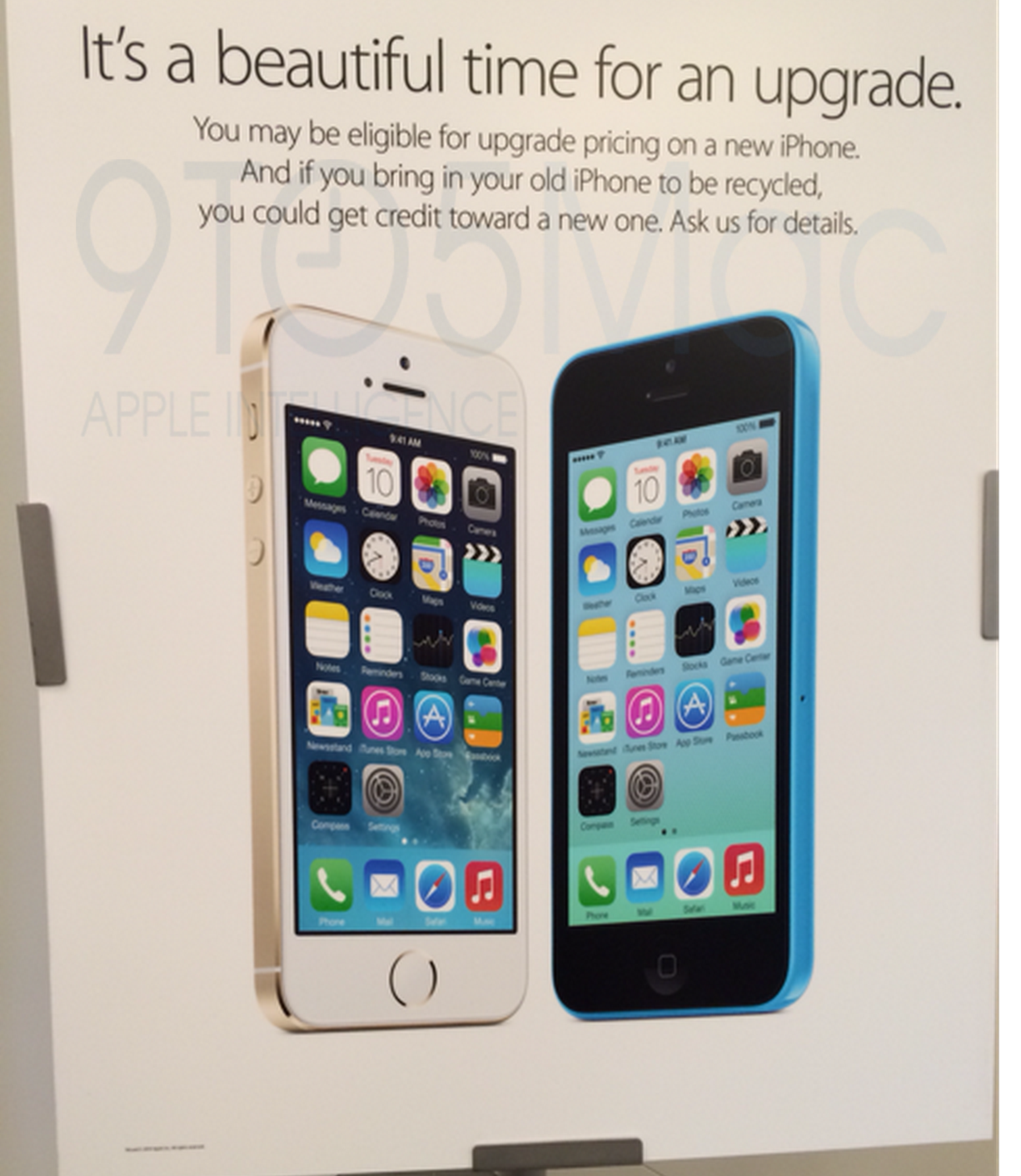 In line with our earlier report, Apple has just kicked off a big iPhone trade-in event at its U.S. retail stores that will see employees pushing upgrade offers for the iPhone 5s and 5c. We first reported on details of the event earlier this week noting Apple would add improved trade in options and significantly step up promotion of iPhone trade-ins during the initiative . Specifically, Apple has sent out a memo to Apple Store staff instructing them to push upgrades to iPhone 4 and 4s users with increased trade-in values. The company has also started contacting customers by email and promoting the event with new signage in its retail stores.

“It’s a beautiful time for an upgrade. You may be eligible for upgrade pricing on a new iPhone. And if you bring in your old iPhone to be recycled, you could get credit toward a new one. Ask us for details.”

A beautiful time indeed to push upgrades and sell as many iPhone 5s and 5c units before Apple’s big iPhone 6 upgrade later this year. Here’s a copy of the email that Apple started sending out yesterday, May 8th: 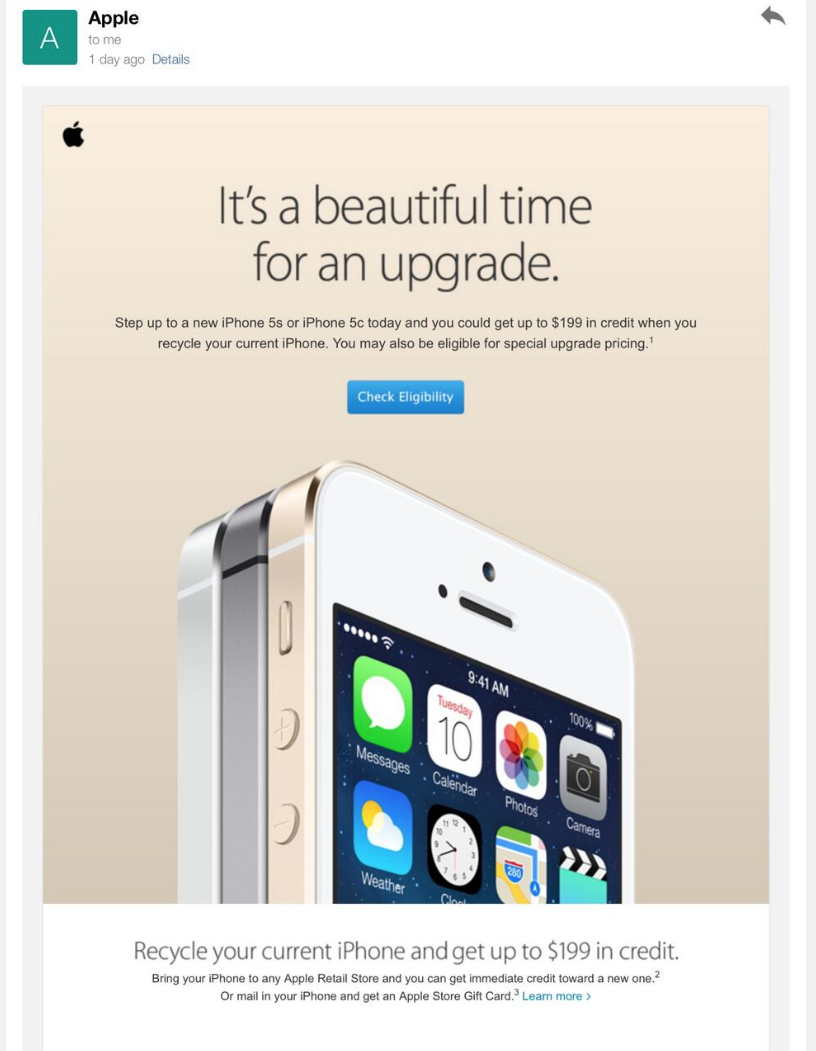 Apple is getting employees to check customers’ eligibility for an upgrade, inform them about the iPhone Reuse and Recycling program and push recently increased trade-in values for iPhone 4s and iPhone 4. Apple is now offering up to $99 for an iPhone 4 and $199 for an iPhone 4s. With that value put toward the purchase of a new iPhone 5s, Apple is promoting the deal as being able to upgrade to an iPhone 5s for as little as $0. iLounge first posted images of the memo about the new prices to Apple Store employees.

In addition to getting employees to promote the trade-in event in stores, Apple is also sending out emails to eligible iPhone 4s and iPhone 4 customers we’ve learned.

Apple is launching the initiative ahead of its next-gen iPhone launch expected this fall that’s rumored to be a notable update with redesigned hardware sporting a larger screen size and updated internals. The latest rumors claim Apple could launch two new iPhone sizes and release at least one of them as early as August.

In other Apple retail news, we reported today that Apple has started transitioning Apple Store employees from the old iPod touch EasyPay systems to new iPhone 5s hardware with a number of new features.

Mark Gurman contributed to this report.