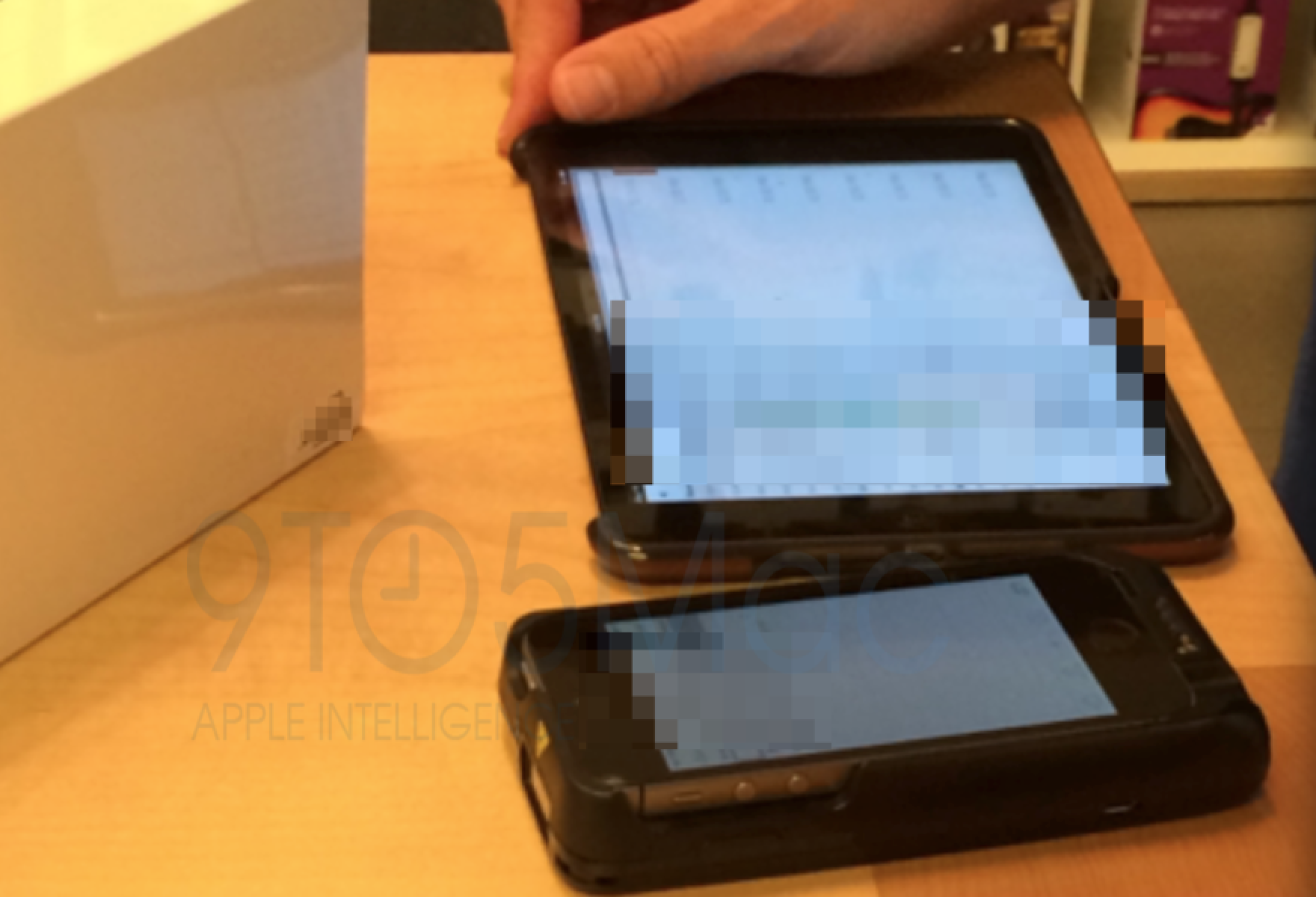 Apple is in the process of updating the iPod touch units used by Apple Store employees as a mobile point-of-sale system to the iPhone 5s, according to sources familiar with the roll out.

Apple first started using its iPod touch as an “EasyPay” system for employees in its retail stores back in 2009 and currently uses 4th gen iPod touch or previous models for staff. It uses a point-of-sale attachment for the iPod touch that adds a magnetic stripe reader, barcode scanning functionality, and more. It’s not clear the exact motivation behind Apple’s move to the iPhone after long using the iPod touch, but the device does provide a few advantages.

Apple’s upgrade to the iPhone 5s for employees brings new features via an upgraded point-of-sale sled that adds in RFID capabilities as well as chip and pin card reading functionality and improvements for Passbook scanning. The new accessories are also said to integrate a keypad to allow input of pin numbers for debit payment processing and more. Additionally, the EasyPay software has been updated for iOS 7 with improved navigation on the new hardware.

In a memo to employees, Apple notes that the new hardware doubles battery life, adds a 2D bar code scanning, improved network connectivity, and “makes just about everything easier.” Apple adds that the updated software adds improved personal pickup that adds a bar code to the confirmation screen in the Apple Store app allowing employees to quickly scan and bring up orders using their EasyPay unit.

Those are definitely a few upgrades from the previous iPod touch-based systems Apple Store employees used, but why iPhones and not an upgrade to the fifth-gen iPod touch? Of course you gain a few benefits from the speedier and more capable hardware of the iPhone 5s compared to the iPod touch. The fingerprint scanner could open up possibilities for faster logins for employees, or Apple could have longer term plans for using the sensor in its retail stores. In addition, it would allow employees to make phone calls without the need for a separate device. There’s also the question of how much longer the iPod will stick around…

Tim Cook himself noted recently that Apple has “known for some time that iPod is a declining business,” and with just 2.7 million units sold last quarter down from 6 million the quarter before, speculation has been that the iPod will soon come to the end of its life. Apple likely has at least one more iPod refresh in its pipeline, but perhaps the company has decided to transition to iPhones now ahead of an eventual end of the iPod.

The move is a notable one since many large retailers have followed Apple in implementing similar iPod touch-based systems for employees. Just yesterday we reported that Target has informed employees it will replace its old PDAs and LPDAs this summer with an iPod touch solution.

Apple has already deployed the iPhone 5s to a number of stores in the U.S. and says units are rolling out to every store across the country in the next few weeks. Apple is also planning to change the EasyPay name and is asking employees to submit suggestions.

Mark Gurman contributed to this report.