With Dre & Iovine on board, Apple could become most powerful record label in the world 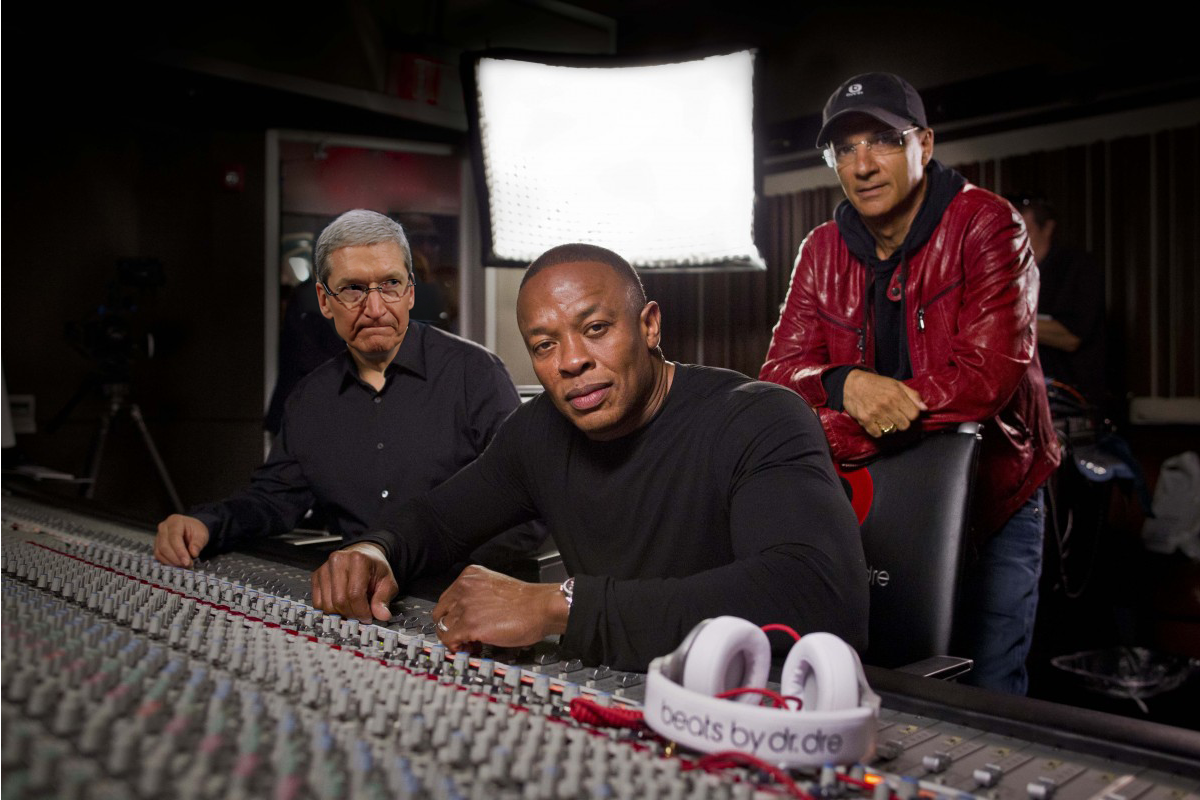 This won’t be the first time someone suggested Apple could start its own record label. But with Dr. Dre and Jimmy Iovine, two music industry heavyweights that have built some of the world’s biggest record labels rumored to be getting creative roles at Apple, it’s interesting to imagine what influence Iovine and friends could have on Apple’s approach to content.

If Apple is ever going to move on from simply being a music distribution hub taking its 30 percent cut to a record label of sorts fostering, promoting, and investing more in artists, Iovine is as good as it gets. Having built Interscope Records, the label behind some of the biggest artists of the last 20 years from Dr. Dre to Lady Gaga, Iovine’s real expertise is building labels, growing artists and selling music. Iovine himself admits the streaming service and even the headphone business were always a way to get control back to the labels and empower the artists, and that seems to be his main focus. Jimmy on building the Beats streaming service from a February 2013 interview:

We still don’t know for sure what Apple plans for Beats. Many have justified the rumored $3.2 billion purchase price by noting the Beats headphone business brings in around $1 billion annually. Throw in the newly launched streaming service and the talent behind it, it’s not hard to see the value in the purchase. I’m not saying Apple purchased Beats to start a record label—we still don’t know the exact reason behind the strategy—but with Jimmy Iovine sticking around at Apple there’s never been a better time for it to happen.

Iovine also appeared to have big plans for the streaming service in terms of working directly with artists that his unique position in the music industry would make possible. In that same interview from the D conference, Iovine describes plans for Beats features that sound a lot like the type of support a label would normally provide to its artists:  “We have to make it user friendly for the artist. They have to be able to build businesses on it. They have to be able to have information about who is using their music, where they are… Right now they have all the information and the artists have no information. I run a record company, I would die to know who bought my record at iTunes.”

The latest report from The Wall Street Journal claimed Iovine’s role at Apple would be to “revamp and run its whole music strategy.” Billboard noted today that its sources say Iovine will “oversee all of Apple’s music strategy and handle relationships with labels and publishers,” while reporting that Dre and Iovine would make an appearance at Apple’s upcoming WWDC developer conference. If there was ever going to be a time that Apple started focusing more energy on considering what’s best for the artist, having Iovine revamp its music strategy would certainly be the time to do it.

I’d imagine if Apple were to start a record label of sorts it probably wouldn’t be a lot like a traditional record label. That is, perhaps the goal wouldn’t be to invest in developing artists in order to sell downloads and ticket sales, but rather to invest in artists to differentiate iTunes and its streaming companion from the competition. From Iovine’s comments above, we know that’s something he’s interested in doing with Beats.

One thing hasn’t changed much since the success of iTunes and now streaming services, artists and labels are still generally unhappy as Spotify, iTunes, and others try to figure out a model that pleases both consumers and artists. The distribution platform that figures it out—and in the process has an easier time getting exclusive content—could surely build a better service and even potentially attract artists away from distributing music through competing platforms. 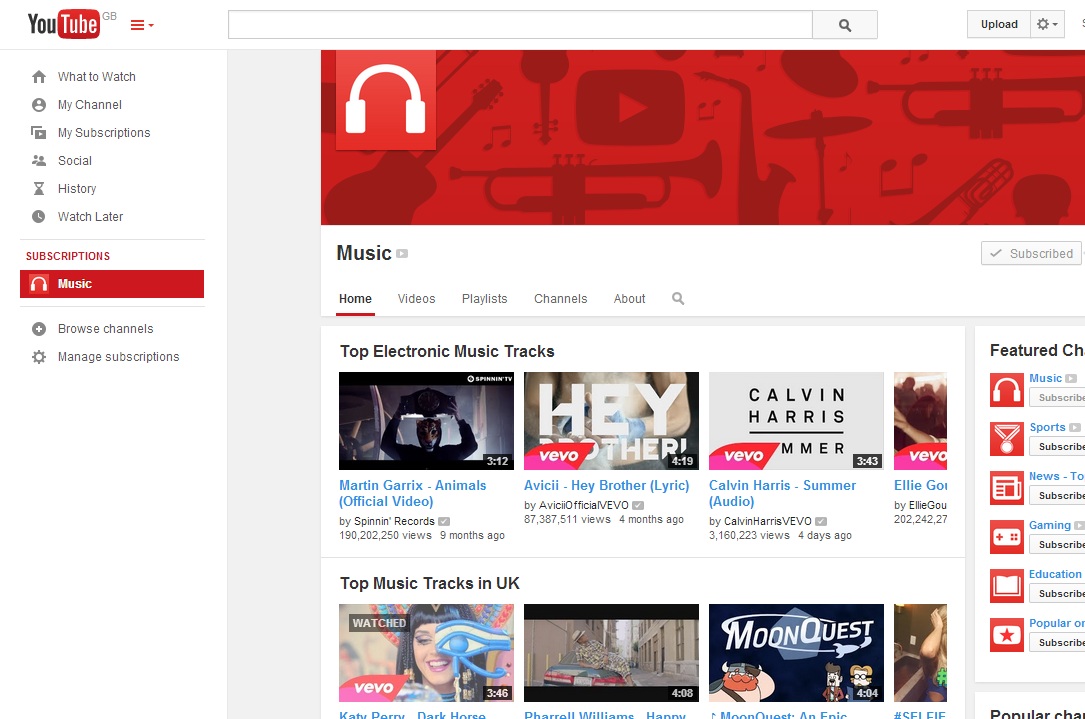 The concept of developing content isn’t entirely lost on all the companies currently competing with iTunes. While most of the still relatively young streaming services do little more than pay out approximately 70% of revenues in the form of royalties to artists, some see the value in doing more. Back in 2011, Google announced the Google Play Music Artist Hub, allowing artists to go independent and sell music directly on Google Play without a label. That’s one small piece of the puzzle that Apple has yet to embrace, but even more interesting is the rumored upcoming subscription music service from YouTube.

It’s no secret how important YouTube has become to the music industry; Billboard started including video plays in its Hot 100 rankings last year. Iovine and music industry execs credit the service to breaking many of its biggest artists in recent years. In the interview mentioned above, Iovine credits the video service in breaking Lady Gaga’s career, for example. Up until now record labels have been using YouTube to help break new artists and drive sales of downloads to services like iTunes. But a YouTube streaming service would put Google in a unique position in terms of helping both develop and distribute music from new artists. It would would also put Google in a unique position of being able to sell music to young people where they discover new music most often: YouTube.

Apart from Google Play, most artists not on a record label are currently forced to use services like TuneCore, which charge annual fees ranging from $10 a song to $50 per album. TuneCore alone experienced a 75% increase in downloads and streams on the content it distributes to the various music services this year and it paid out around $34 million to artists in Q1.

It’s interesting that Jimmy seems to mostly attribute his success with Beats to his expertise as a record producer and music industry executive—something he thinks the tech companies will never quite understand on their own: “Most technology companies are culturally inept. I don’t care what they do, they’re never going to get curation right. That’s not what they do. The way content companies never get technology right, they never get culture right… They’re not going to get curation right… We’re going to be miles ahead of them.” 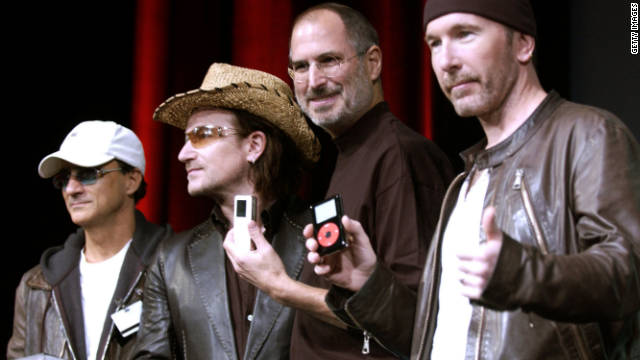 From his position as record label chief long before Beats, Iovine and his companies have been at the forefront of embracing the digital music distribution revolution. That includes being an early supporter of iTunes and convincing Steve Jobs to do iPod marketing campaigns with artists like 50 cent and U2.

Read any interview with Iovine in which he talks about about the music industry, Apple and the takeover of digital music, or his work at Beats, and it’s clear his passion is with building a better music business, not just headphones or a streaming service.

“I learned a lot from Steve, and we helped him a lot as well. We went up there and we threw the building at it cause I really wanted legitimate music online. It was a real passion of mine. We started the original content on iTunes, we did the Pepsi commercial, we went and got Pepsi to do that, and we put the first iPod ever in a music video… I called him and I said Steve, you’re promoting Apple with a guitar, but unfortunately there’s no more guitars in the recording studio… let me put the iPod in the next 50 cent video… he says whatever it costs do it, just tell Eddy Cue it’s done. That was the first time an iPod had ever been in a music video. It was the biggest music video in the world and he felt it.” -Jimmy Iovine in a 2010 interview.