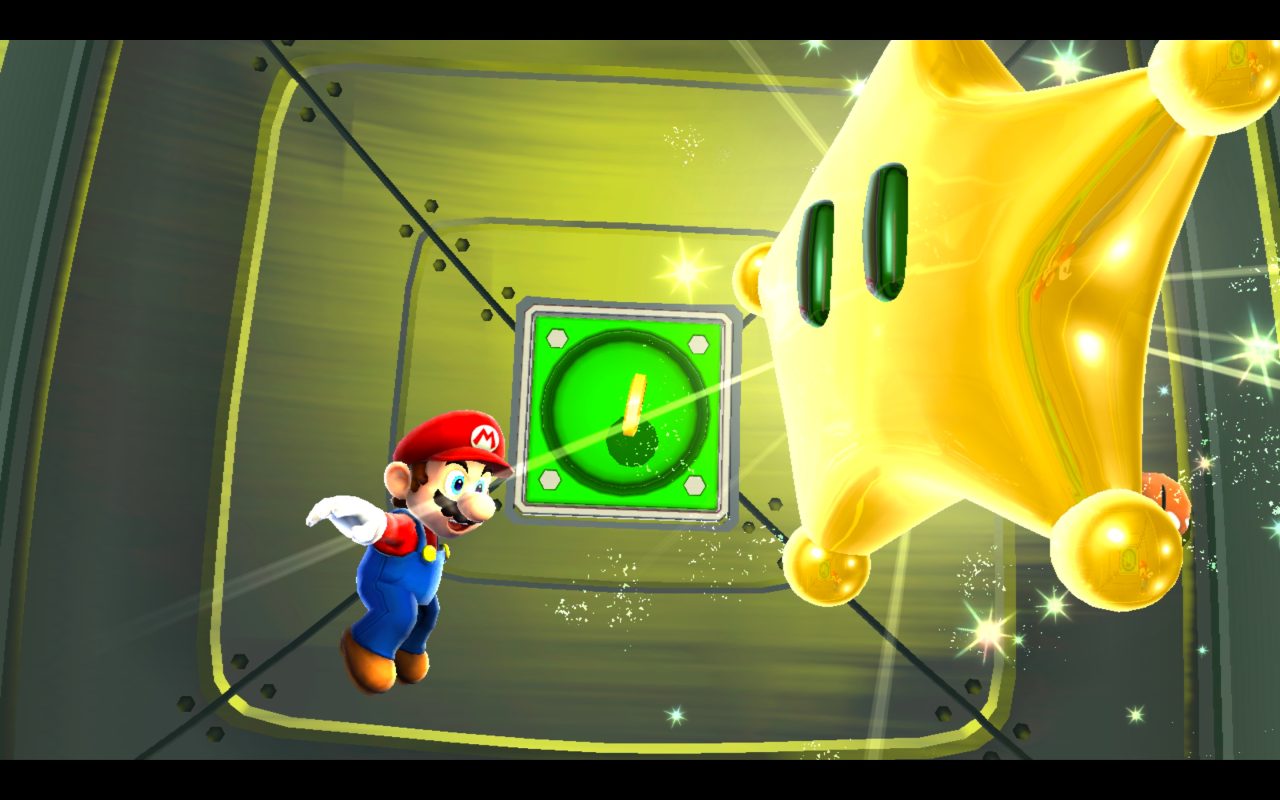 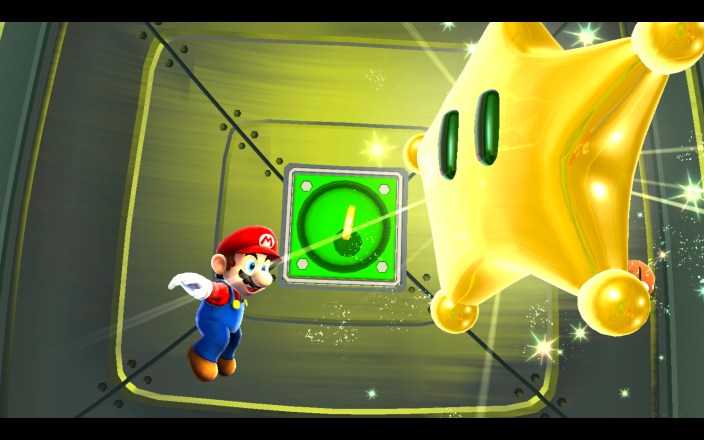 When Nintendo announced last week that it will collaborate with DeNA to release iPhone and iPad games, gamers split into two camps: people intrigued by the promise of brand new Nintendo titles designed for mobile devices, and others — including myself — who expect Nintendo to release shallow mobile minigames, mostly to promote console titles. Nintendo hasn’t actually committed to bringing the Super Mario games people love into the App Store; instead, it’s saying only that its characters will appear in new titles that won’t require complex controls. The implication is that only Nintendo consoles are capable of playing Nintendo’s console games.

I disagree with that. For years, Macs and PCs have been able to run thousands of classic console and arcade games, including Nintendo’s best-known titles, using emulators. These free programs let discontinued, often HDTV-incompatible games play on computers — in many cases, with noticeably better graphics than you remember. Freed from the fuzzy, low-contrast televisions people used to own, classic games can look pixel-sharp on Retina displays, and some emulators actually improve the edges and textures of 3-D objects. Nintendo may not want you to play its prior console games on your favorite Apple device’s screen, but thanks to emulators, it’s possible today. The picture above? That’s Super Mario Galaxy, running on a Retina MacBook Pro… 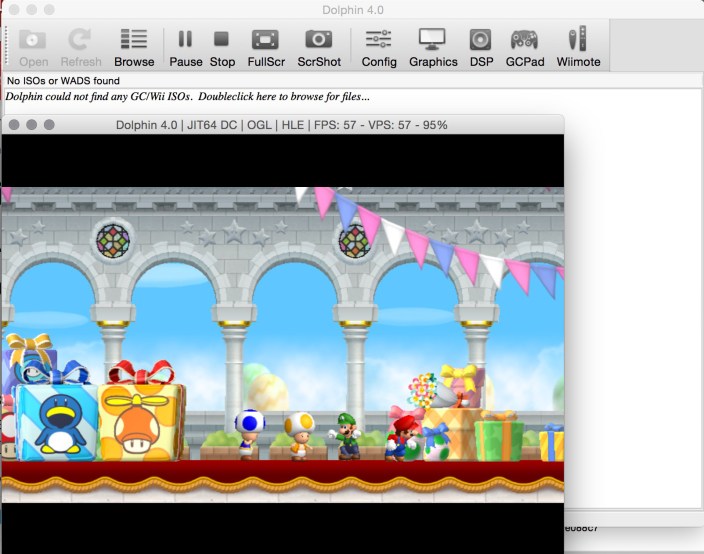 Although an incredible amount of hard work went into developing emulators, the basic concept is simple: the emulator converts old game “ROMs” (cartridges/chips) or “ISOs” (discs) into apps that run on another, newer machine. Think of the emulator as being a realtime translator of Spanish into English, constantly translating the old game’s language into the new machine’s language, and you’ll get a sense of how much opportunity there is for show-stopping misinterpretations (game crashes). Yet emulators work: the faster the new machine is, and the better the emulator’s written, the smoother old games run. 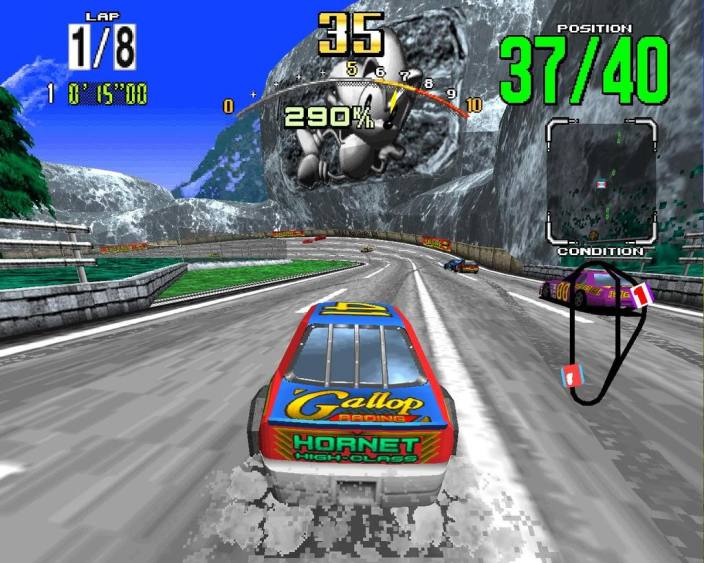 The best-known classic game emulator is MAME, the Multiple Arcade Machine Emulator, which has been available (and evolving) since 1997. Thanks to 18 years of development, MAME is now capable of emulating thousands of different games across dozens of different arcade platforms — equivalent to translating classic books from the world’s most popular languages into English. Developers have released versions of MAME for Macs, PCs, and even iOS devices, and as computer chips have continued to improve every year, games that were once sluggish have become easier to emulate quickly. MAME’s developers also continue to remove bugs, so everything from simple 2-D arcade classics like Pac-Man to thrilling 3-D racing games like Daytona USA (above) can run equally well. 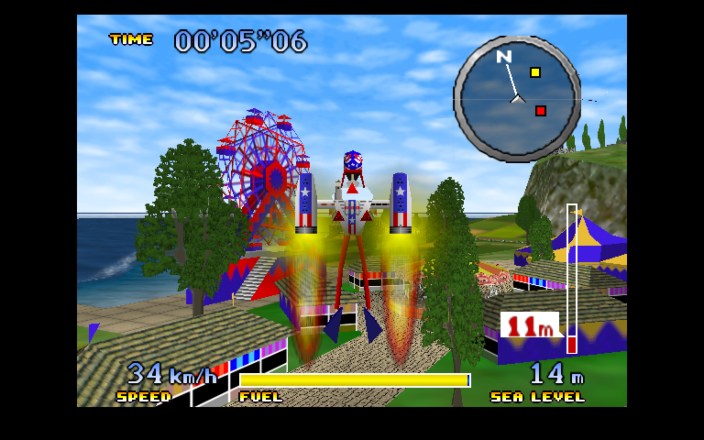 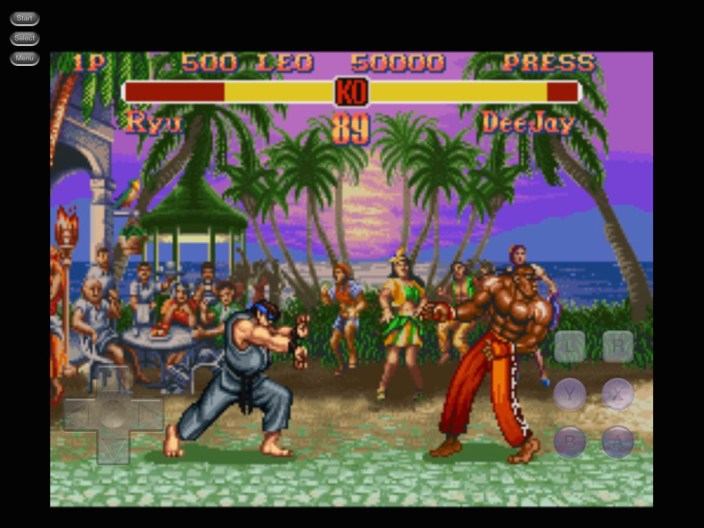 But all of these emulators face a legality problem: you need to own a game if you’re going to emulate it legally, and very few people actually own the games they want to play. (Collecting console games can take up a fair amount of space, but arcade collections are in an entirely different league.) That’s the key reason Apple has rejected MAME and other game emulators whenever developers try to sneak them into the App Store. In 2013, MAME was hidden inside an iOS game called Gridlee, surviving for a month before Apple yanked it. Late last year, “Floppy Cloud,” an iOS emulator of Nintendo NES and Super NES games (shown playing Super Street Fighter II, above), snuck into the App Store for two days before getting bounced out by Apple. 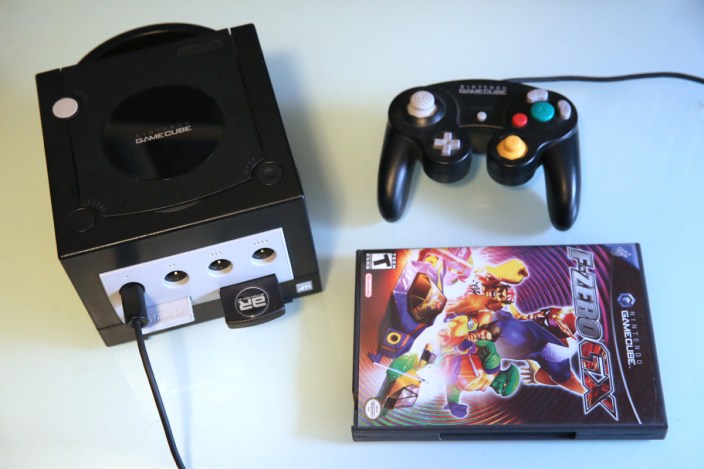 For those of us who own classic games that will only play on aging consoles (and out-of-date TVs), emulators are a godsend. They keep abandonware (such as the still-fantastic futuristic racing game F-Zero GX for Nintendo’s GameCube) alive without forcing customers to pay a second (third, or fourth) time to run the same game on new consoles. Nintendo has made a small fortune by releasing the same exact game in incompatible formats for different consoles, charging fans separately for each machine they want to play it on. Like the App Store, which lets you run games and apps on past, present, and future iOS devices, emulators cut through that nonsense. Nintendo may or may not be heading in the same direction, itself. 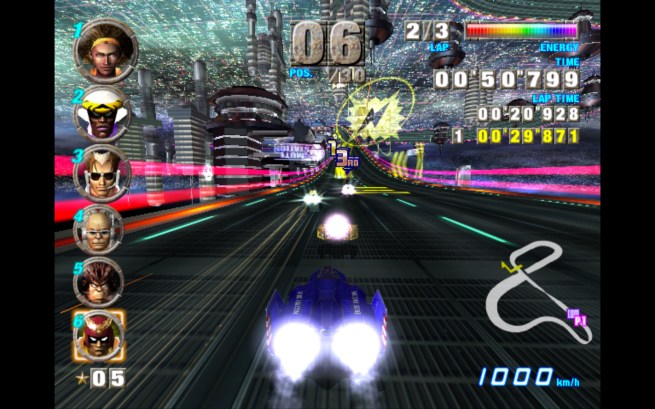 The big change over the last five years has been a radical increase in the amount of power found in new Apple devices. For instance, Apple says that the iPad Air 2’s A8X CPU is 12 times faster than the A4 inside 2010’s original iPad, with graphics processing that’s 180 times faster. Even though Macs haven’t jumped as dramatically in performance, I was astonished to learn how well emulators are running these days on even low-end and midrange Macs. Equipped with only Intel HD Graphics chips, two-year-old MacBook Pros and Mac minis are capable of running Nintendo GameCube and Wii games at full speed under emulation. In fact, many GameCube games can run on these older machines at 3 times their original resolution — enough to fill a 1080p HDTV with razor-sharp pixels. It’s worth pointing out that Nintendo’s own Wii U can’t do that with prior-generation games, unless Nintendo individually reprograms them (and sells them for $50 a pop). 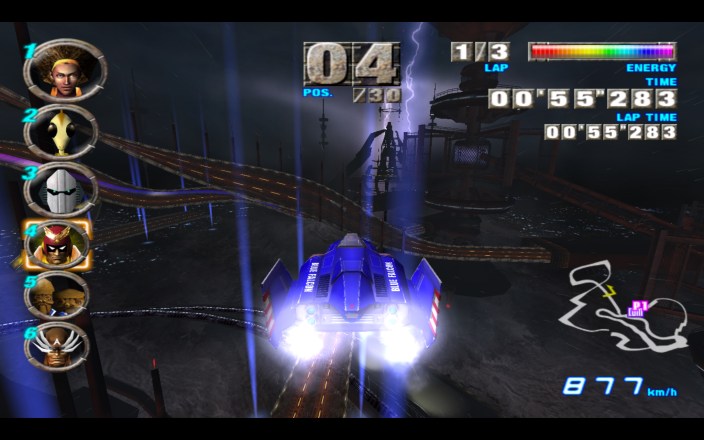 Two screenshots above illustrate how the free GameCube and Wii emulator Dolphin 4.0 handles games on the Mac. Shot 1 shows Dolphin perfectly emulating F-Zero GX as it looks on older TV sets and monitors. But shot 2 shows Dolphin running the same game in widescreen mode at 3 times its original resolution, where it still looks better than any futuristic racer Nintendo has released in the subsequent dozen years. Virtually any Mac with an HDMI cable can display these console games on a TV. And if you pair Dolphin with a $30 Sony DualShock 3 or $50 DualShock 4 wireless controller, you can enjoy console-quality controls on your Mac, as well. A one-time setup process lets you map the GameCube’s joypad, analog joysticks, and buttons to a PlayStation controller, which you can use wirelessly with Bluetooth, or with any USB charging cable. Wii controls — notably including the IR sensor — can be mapped to DualShocks as well. 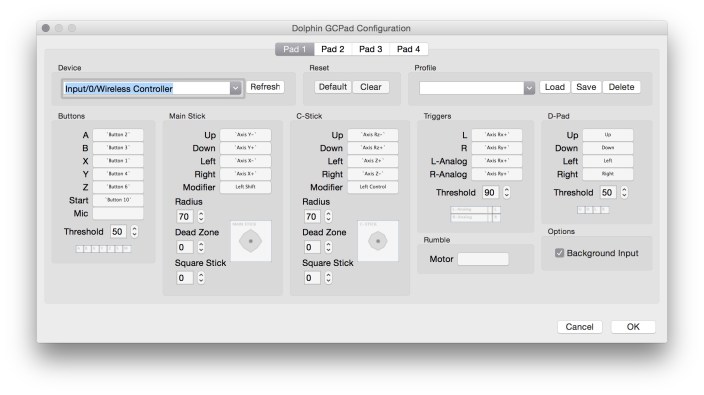 Why does emulation matter? Because it gives lie to the oft-circulated claim that console games are only playable on consoles, a fiction Nintendo tacitly encourages because the reality — that its consoles are merely computers controlled by joypads — is inconvenient, and a threat to its finances. Its competitors Sony and Microsoft haven’t shied away from acknowledging their machines’ computer roots; Sony’s PlayStation division is officially named Sony Computer Entertainment, and previously supported Linux; Microsoft’s Xbox consoles have openly run pared-down versions of Windows for years. 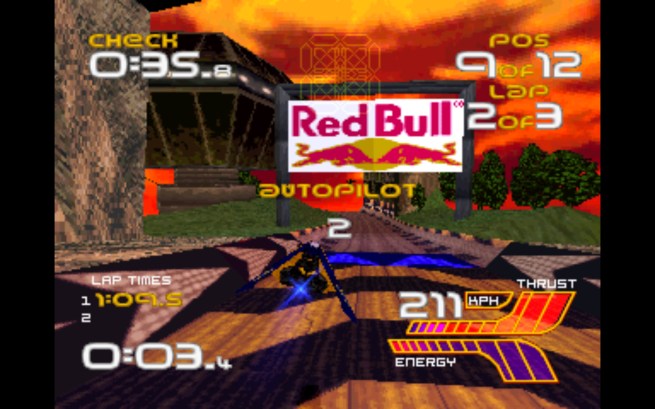 It’s no surprise that there are very good emulators for the PlayStation (PCSXR) and PlayStation 2 (PCSX2-CE) at this point, each capable of running hundreds of the Sony consoles’ best games. While original PlayStation games (Wipeout XL, above) are low-resolution and limited in color, PlayStation 2 games (Wipeout Fusion, below) have more detail and better shading. Unlike Dolphin’s emulation of Nintendo games, however, the PlayStation emulators can’t (yet) magically upgrade the 3-D artwork in older games, but they can run games in a forced widescreen mode that looks better on modern TV sets. It goes without saying that DualShock 3 and DualShock 4 wireless controllers work with old PlayStation games, too. 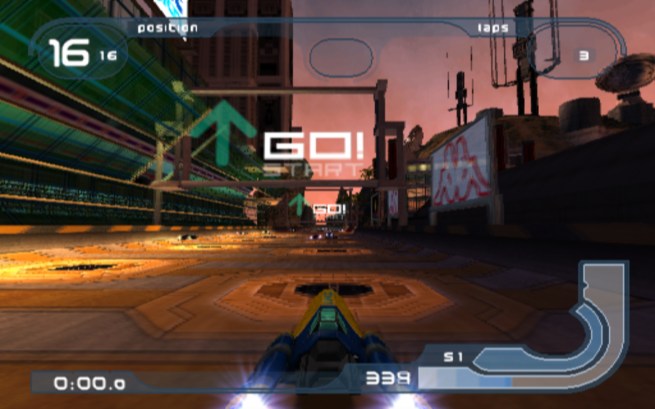 To be clear, I’m not in any way advocating that you go online and start grabbing games you haven’t already purchased. But as a longtime Mac user and even longer-time console gamer (with a physical game collection that was at one point too large to manage), it’s clear to me that emulation is a better way to go. Twenty or thirty years worth of games can now fit on a single hard drive. Today’s computers and mobile devices are capable of running more old games than ever before. And Nintendo, Sony, and Microsoft don’t have the resources to individually remaster all of their old titles — it takes a team 6-12 months per game, and as we’ve seen with Microsoft’s Halo: Master Chief Collection debacle, there’s no guarantee everything will work right. 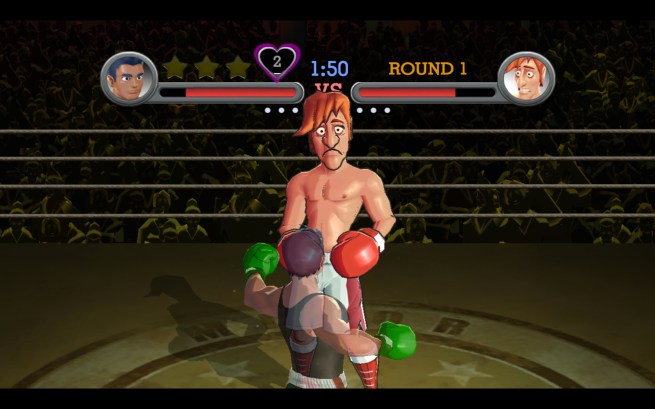 I don’t believe that what Nintendo’s currently doing with old games is sustainable. In late January, Nintendo started selling a $10 “Wii U” copy of the boxing game Punch-Out!! that was just the original Wii game in downloadable form. It doesn’t look as good as the exact same game playing on Dolphin (above), and I had to buy $40 worth of special controllers just to play it on the Wii U. Only the hardest-core Nintendo fans will keep shelling out again and again to play the same titles. Thanks to ever-improving Macs and great emulators such as Dolphin, they may not have to do so for much longer. The only better solution would be a Nintendo-made game emulator for iOS, with plenty of games and a Nintendo-developed controller, all at reasonable prices.