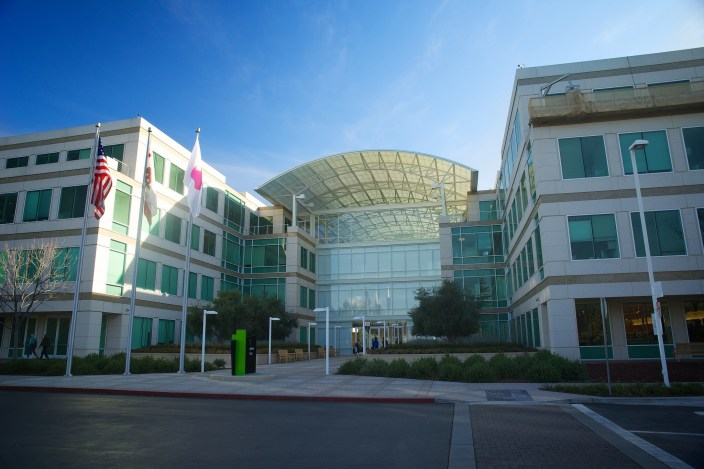 Apple has been a part of several fundraising auctions through Charitybuzz over the last few years, giving lunch meetings and event invites in exchange for generous donations to various non-profit efforts. The company’s latest campaign promises a bit of a golden ticket in Willy Wonka fashion as the highest bidder will be invited to tour Apple’s headquarters in Cupertino and bring 1 guest (or up to 3 kids if it’s a family visit). Just don’t expect to be allowed inside Jony Ive’s secret lab…

Author Ad Placeholder
Will only appear on redesign env.
The tour is donated and will be lead by John Couch, Apple’s VP of Education:

“As Apple’s vice president of Education, John Couch has been responsible for driving Apple’s renewed success in the education market. […] During his current tenure at Apple, John has grown Apple’s education business to 9 billion dollars.

Apple and Charitybuzz list the estimated value of the auction at $50,000 (it’s target goal at least) with the starting bid amount placed at $5,000. Proceeds from the campaign will go toward the Giant Steps Therapeutic Equestrian Center, a therapeutic horse riding school in Petaluma, California.

The charity auction will run for two weeks through June 18th at 3 PM EDT.

Apple’s most recent campaign to raise money for a good cause through Charitybuzz collected $200,000 for the RFK group as the highest bidder won lunch with Tim Cook and an invitation to a future Apple event. Apple’s Eddy Cue has also been involved in similar charity campaigns through the site.

You can place your bid to tour Apple’s headquarters in Cupertino before they open doors on Campus 2 on Charitybuzz.