Beats 1 puts in its first appearance (and sound) for iOS 8.4/9.0 beta users in the run-up to launch 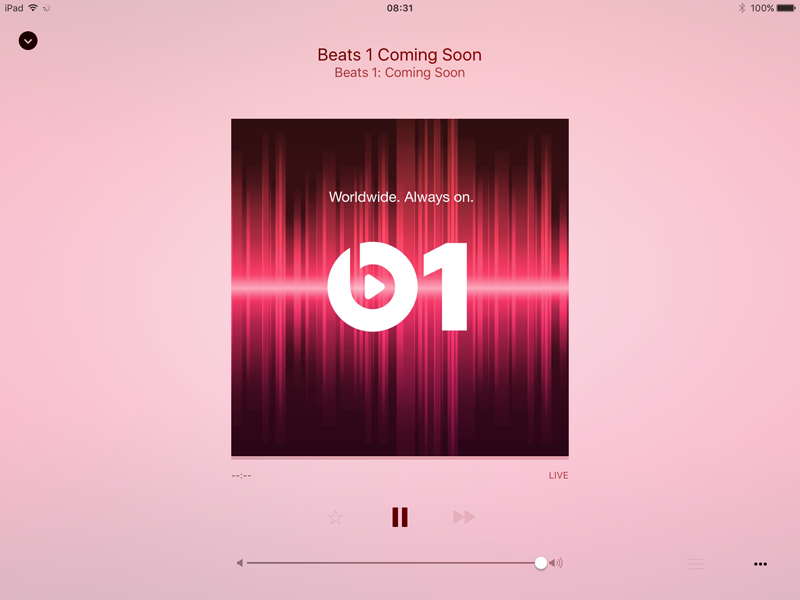 The Beats 1 radio station that forms part of Apple Music has put in its first appearance for iPhone and iPad users running the beta version of iOS 8.4 and iOS 9. Users are seeing the station logo and hearing pre-roll audio from Zane Lowe when it is clicked.

It’s just a demo at this stage, with pre-recorded audio, but is one step closer to the launch of the streaming music service which launches on June 30 via an all-new Music app …

Just to show there is something for everyone in the revamped radio mix, the BBC’s World Service is included.