iMessage suffering from a widespread outage, many users unable to send/receive messages 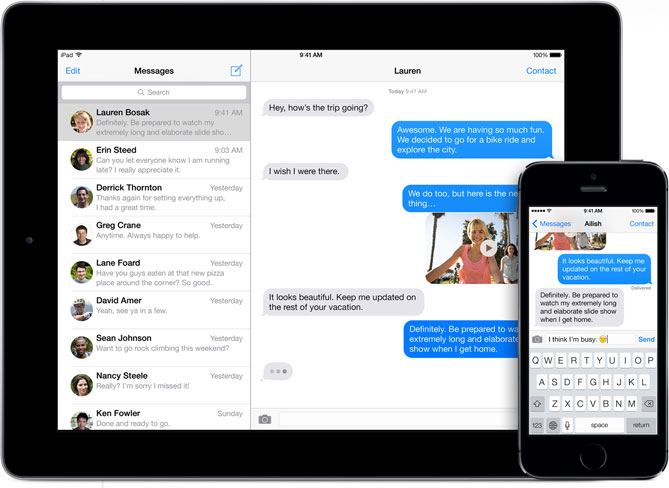 Update: Reports of the outage are slowing down, although it’s unclear if issues are entirely resolved. Apple has yet to update its status page.

It appears that Apple’s iMessage is suffering from widespread issues this evening. While Apple has yet to acknowledge the issue on its system status page, users on Twitter have been reporting issues for the past hour, so much so that iMessage is trending on the social network right now.

Some users report no issues with iMessage. Apple has previously acknowledged iMessage outages on its status page, noting that in 2013 that one affected 30 percent of users. Earlier this month, iCloud suffered from a pair of outages.

You can view the tweets of many upset iMessage users below. We’ll update this post if or when Apple updates its system status to acknowledge the issues. Apple’s other services such as the iTunes Store and iCloud appear to be fine at this point.

iMessage is down because drake just killed the system uploading his fire ass album they are gonna release with the iOS 9 launch.

iMessage needs to start working bc its ruining my conversations

Everybody's iMessage trippin , I thought it was just my phone

Tf is going on with iMessage 😭

I'm about to punch my iMessage in the throat

Okay so it's not just my iMessage that's acting foo

I thought my phone's iMessage was the only one not working, what is up with Apple lately. resetting, shutting off, iMessage going down. hmm

my iMessage is tripping too, I'm not getting any messages. 🌚

Why is my iMessage messing up 😕

Now my iMessage is fucked up wtf

iMessage is down… Making us send those green messages… 😒😒😒

Is my iMessage the only one messing up? lol