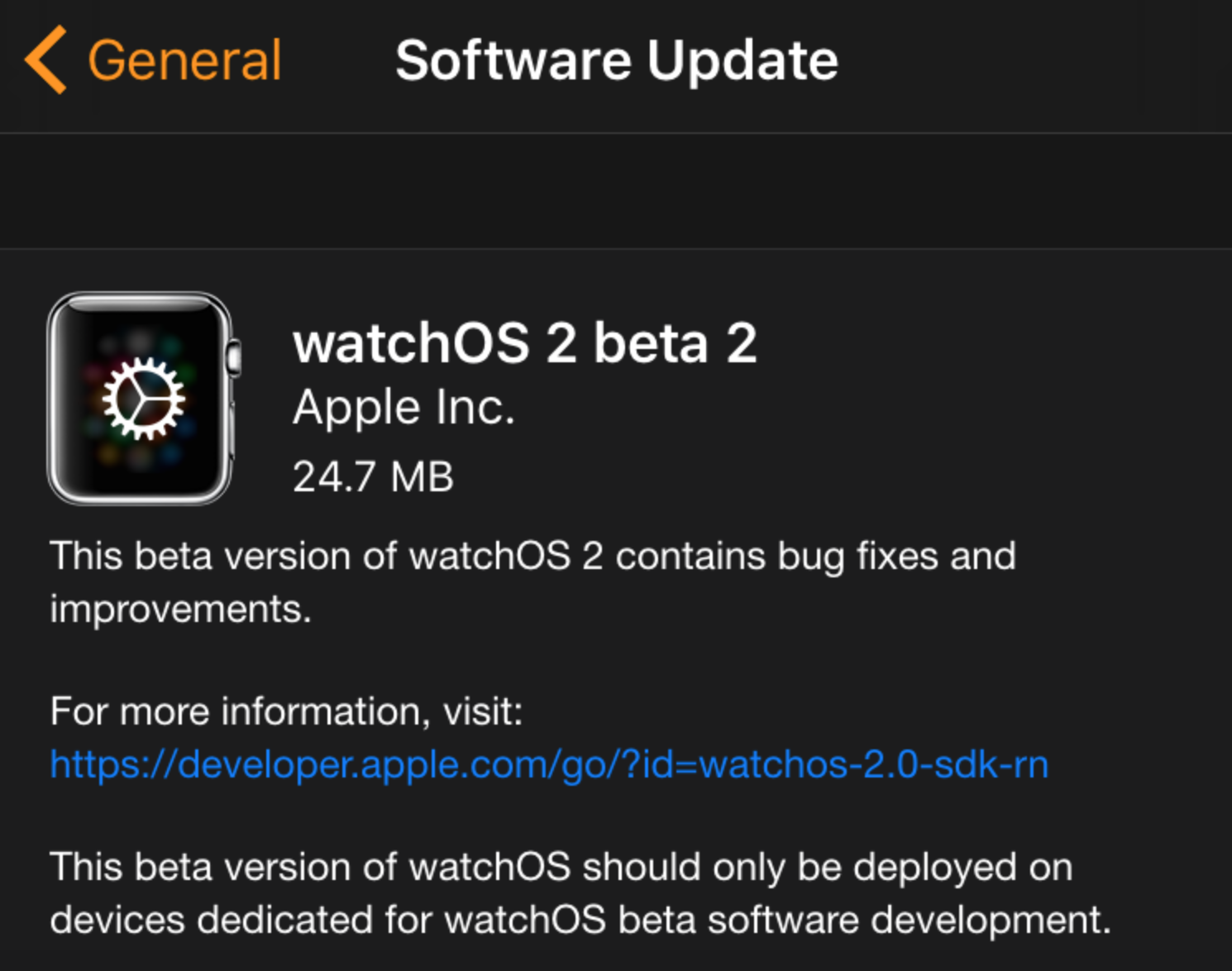 Apple has released the second beta of WatchOS 2.0 to developers. First announced at WWDC earlier this month, the new version of WatchOS brings both new features to the Apple Watch and support for native applications. This new beta will allow developers to continue testing apps that run directly on the Apple Watch hardware with access to local sensors, the Digital Crown, and the device’s own processor.

For consumers, new WatchOS 2 software features include a new Nightstand Mode for seeing the time and alerts in a larger font, three new watch faces, access to third-party watch face complications, a new Time Travel mode for seeing past and future calendar events and weather data on clock faces, and a more feature-rich Music app. The update is available over-the-air via Software Update in the iOS 9 Apple Watch Companion app.

Some developers have complained about battery drain and sluggishness with beta 1, an we’ll be live updating this post with changes in beta 2 as they are discovered.