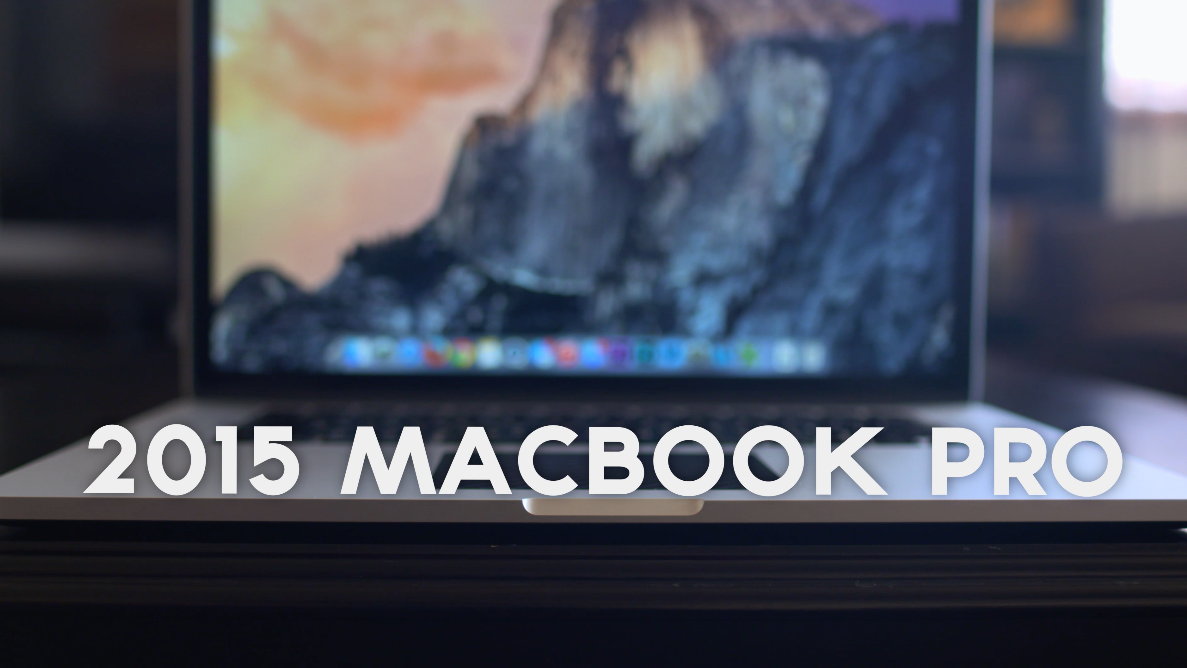 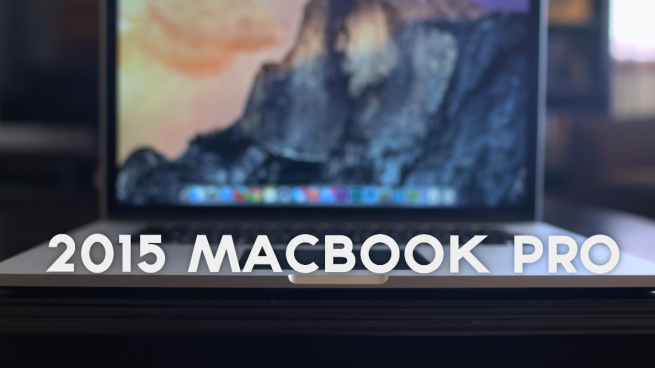 It would be silly to say that Apple’s latest iteration of the 15-inch 2015 MacBook Pro with Retina Display is the best MacBook yet, because that’s mostly the truth with every new model. Unfortunately, you won’t find a shiny new processor setup this time around, as Apple stuck with the trusty old Haswell configuration, but there are some nice improvements here.

The good news is, there’s a bump in clock speed across the board if that matters to you and we have a new GPU setup thanks to AMD in the high-end model. Even with these modest upgrades, the MacBook Pro I purchased is a beast for content creation…

This year I decided to splurge and pick up the 2.8GHz configuration and 1TB of flash storage, but I felt like it was worth the extra cash considering what I do for a living. I plan on using this thing for the long haul as the last MacBook Pro I had was a late 2013. As expected we have a beautiful Retina display here, with a resolution of 2,880 x 1,800 that’s good for 220 ppi. For full specifications on Apple’s 2015 MacBook Pro lineup, check out the Apple Store online.

There’s also the new Force Touch trackpad which comes along with some cool features, but none of them are particularly useful to me. If you’d like to check out all of the Force Touch features available with the new MacBook Pro, check out our top features article/video here.

Instead of focusing this review on how great (or poor) this MacBook is for everyone, I’m going to tell you how it works for me. I make videos. Most of those videos happen to be in 4K resolution, so it should be no surprise that I’d need something powerful to get the job done when I’m on-the-go. Also, if you’re interested in the carbon fiber skin I’m rocking on this MacBook Pro (shown in the video below), you can find it here.

Check out our 2015 15-inch MacBook Pro review video below:

I actually edited the entire review video above and the original unboxing video on this MacBook. If you’d like to check out that unboxing video with benchmarks and comparisons to the other 15-inch configurations, you can find it here. Premiere Pro CC, After Effects, and Photoshop run like a boss on this thing. If you need something completely capable of any media-related task, I’d highly recommend it. I was able to export my 3:14 unboxing video of this MacBook with After Effects compositions in under 10 minutes.

My last MacBook Pro was clocked at 2.3GHz which is pretty fast, but I can definitely tell the difference in performance. As for benchmarks, Geekbench 3 produced a single core score of 3,894 and a multi core score of 14,807. Over in BlackMagic Disk Speed test we have read speeds as high as 1700 MB/s and write speeds over 1400MB/s.

I’m not a huge gamer, but I did test a couple of titles for those curious out there. In Counter Strike: Global Offensive, I saw a consistent 30-35fps with all settings on maximum and full resolution of the MacBook’s panel, but the game was a bit laggy, bringing down the resolution a bit made it completely playable. I also gave BioShock Infinite a run and it played buttery smooth at the max settings and full resolution available. I’m not a gaming expert, but from my testing this MacBook is more than capable of handing a few good titles.

This MacBook Pro has been a dream so far. It’s a very powerful laptop for my needs, but obviously it’s not for everyone. This specific configuration will set you back roughly $3,200 (or around $2,499 without the upgraded CPU and storage). If you’re in search of a 15-inch for everyday use, I’d recommend the base model 15-inch MacBook Pro which comes in at $1,999. Overall, it’s also nice to know that I’ll have a very reliable editing machine when on-the-go and a laptop that can handle pretty much anything I’d throw at it. I plan to keep this MacBook around for a while and it looks like it’ll be able to keep up with me.