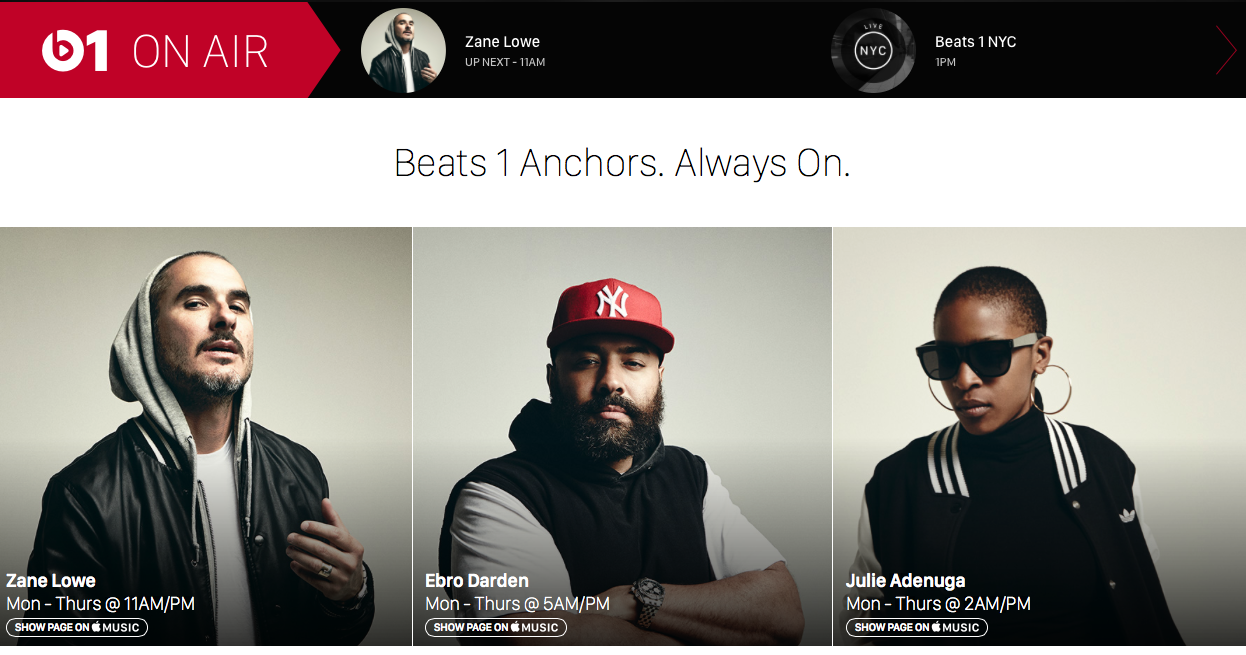 The first song to play on the service was City by Spring King. Lowe said the song had been used for a variety of purposes at the station, including sound checks and demos to get other artists on board with Beats 1.

Beats 1 is part of Apple Music, the new on-demand streaming service first debuted at WWDC last month. Users running the latest iOS software can listen to the free Beats 1 stream, which will feature a variety of shows from hosts like Dr. Dre and Drake.

To celebrate the launch, Apple has converted over the old iTunes Tumblr page to a new URL and name focused on Apple Music. The beats1radio.com domain now also redirects to that site. The new page includes the schedule for the Beats 1 Service, which uses the user’s location to automatically list local times for the shows.