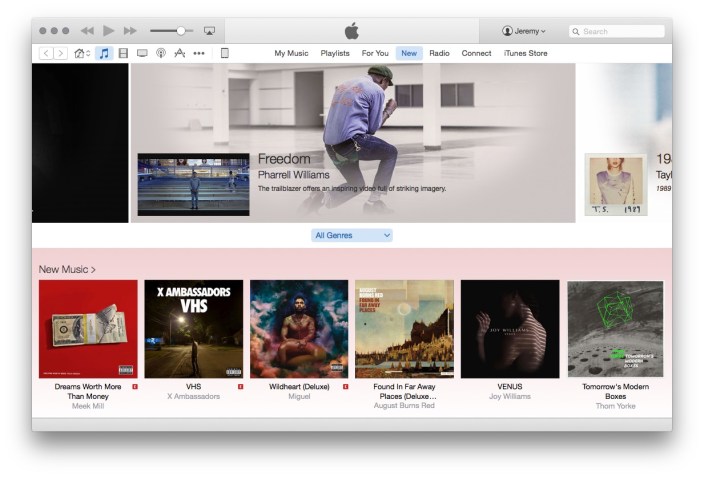 Many have praised Apple Music’s launch this week, although the focus has largely been on the free component of the service, a 24/7 streaming radio station called Beats 1. But how are users reacting to the rest of the Apple Music service? It received a lot of positive reviews in the media, but users have noticed some user experience issues and technical hiccups with Apple Music that might keep them from making a switch from the competition when the service’s free three month trial is up. Since the issues aren’t getting a lot of attention from the main stream media, I wanted to share everything we hate about Apple Music so far and what Apple needs to fix before converting potential switchers:

One example that readers have pointed out is the user experience for some features versus the competition. One example is playlist creation. If a user wants to listen to an entire discography of an artist, for instance, Apple Music makes things a little more complicated than necessary. Compare the process on Apple Music with Spotify, as pointed out by @YeslekGreb and several readers:

Where Spotify requires just four taps to start listening to a discography from a particular artist, the same process on Apple Music requires over 14 steps with additional steps required for each album in the discography.

Our own Jeremy Horwitz detailed some of the other user experience frustrations users are running into, including a whole lot of confusion regarding how the service is laid out and presented to new users at the launch of the new Music app. A lot of users are confused about how the Beats 1 radio station and other radio features relate to the main Apple Music streaming service. Here’s a sample of the confusion courtesy of reader email:

Could you guys do an article explaining the difference between Apple Music, Apple Radio and Beats 1.

I have been following the stories up to now and still not sure if Apple Radio is free.  It has a 01 on the display that I am playing through iTunes, but thought that Beats 1 was the pay service.  Or am I listening to Beats 1 that apple is offing for free.  I never signed up for a 3 month free trial of Beats 1.

The user interface in both apps is, I would say, a little clunky… Offering me albums I already own is silly, and Intro To artists I already own is absolutely crazy… I have to confess, I’m disappointed. From my brief trial of Beats, I’d been expecting great things of Apple Music – and so far it hasn’t delivered.

These are just a few examples of how Apple’s interface and user experience isn’t as smooth as many hoped. Curation and content aside, the UI is a mess.

Content is another complaint users are vocal about. Prince is one example of an artist whose discography is available on other streaming services like Tidal and Google’s streaming service, but not on Apple Music. Other high-profile musicians like The Beatles and The Black Keys are holdouts on most streaming services, but their music remains available to buy digitally through iTunes and elsewhere, proof that Apple hasn’t worked out deals with all artists despite the addition of Taylor Swift being touted as a big win for the service.

Others aren’t too happy about how Apple is handling DRM for its iCloud Music Library feature, Apple’s service for uploading and storing music in the cloud, forcing them to keep backups of original files or be forced into an Apple Music subscription for listening offline.

A related frustration comes from Apple’s decision to remove Home Sharing support for music with the iOS 8.4 update that introduced Apple Music. The feature previously allowed users to access their iTunes library on their home network from any of their iOS devices for both video and audio content. While Apple hasn’t said why exactly it’s removed the feature, we can only imagine it’s likely due to licensing agreements necessary for the new streaming service or to possibly encourage signups of the $14.99/month Apple Music family plan that allows access from up to 6 devices.

Another complaint we’re hearing a lot from users is lack of a built-in lyrics feature, something Spotify and other services already offer. 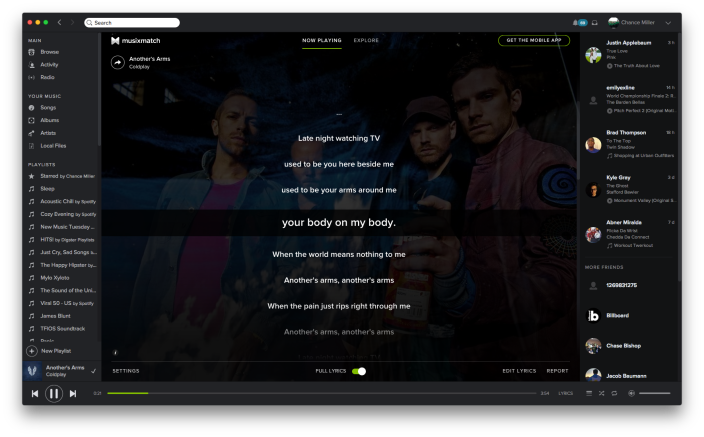 Another popular Spotify feature that users have noticed lacking from Apple Music is collaborative playlists. The feature allows multiple users to both add tracks and share a playlist, adding a community/social feel to the service that Apple doesn’t offer an equivalent for. In addition, Spotify and other competitive services offer the ability to see what friends are playing while Apple is avoiding a Ping-like experience and not supporting this. Instead, you get what Beats 1 host Zane Lowe and friends are playing, 24/7.

And if you’re a Sonos user, you’ll have to wait a bit before Apple Music is supported on your connected speaker setup. It’s reportedly coming sometime later this year, although Beats Music was already supported.

These might not seem like must haves for all users, but for those that rely on them heavily on Spotify and other services, they could be the reason users hold off on making the switch to Apple Music.

Other users have run into some technical issues with the service, experiencing playlists that include multiples of songs or issues with some songs not appearing in playlists after being added. Other technical hurdles included many users experiencing an error message warning that “iCloud Music Library can’t be enabled,” meaning users wouldn’t be able to sync content across devices. Some users that managed to get iCloud Music Library enabled complained of missing or deleted music when finishing the process of merging their library to the new service.

While the Beats 1 24/7 streaming radio station received the most attention on launch day, it also wasn’t without technical problems including brief outages for most users. Hopefully that’s not a sign of things to come. If Apple Music outages are on par with iCloud services, for instance, it won’t do much to inspire confidence for those considering switching from competitive services.

While some of these initial problems with the service will more than likely be fixed with many of them likely amounting to launch week growing pains, others are user experience decisions or missing content that could sway users to opt for a competitive service.